$3 million given to fund park renovations 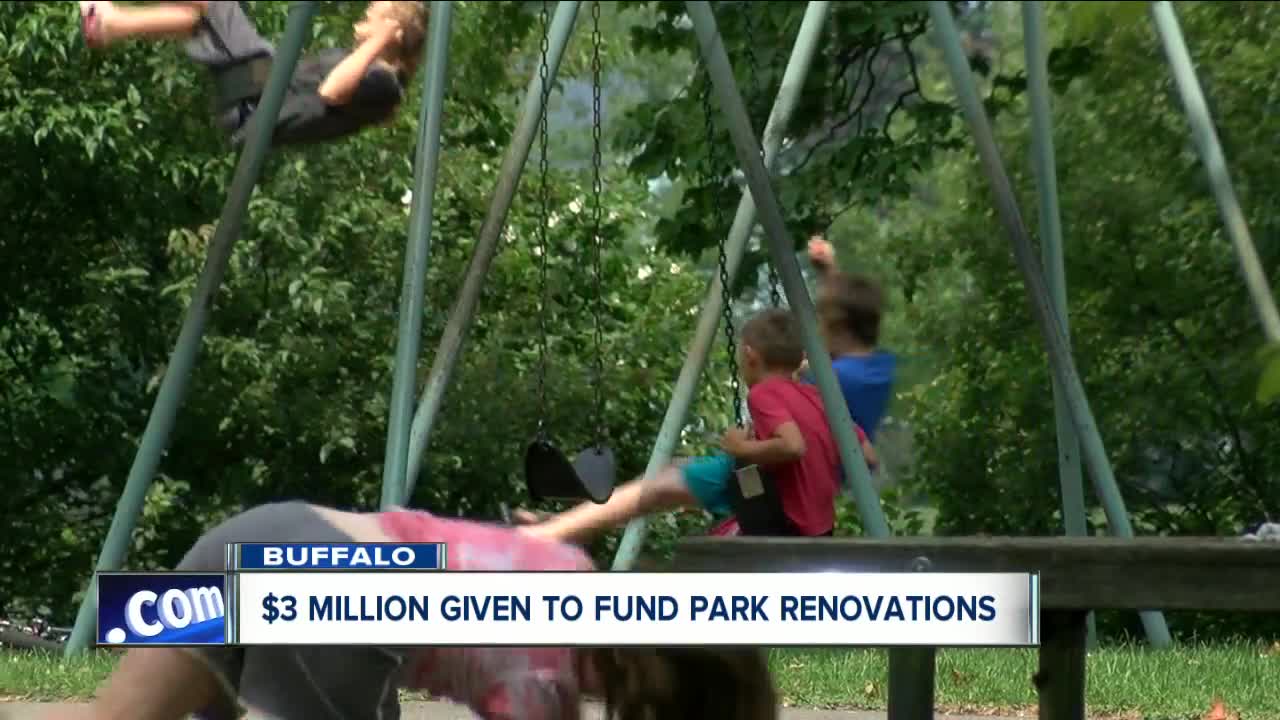 "Frederick Olmsted's vision for Buffalo as the first park city is certainly playing its way out in Buffalo, if we can get the parks back up to scale," said President of the Ralph C. Wilson Jr. Foundation Dave Egner.

The Buffalo Olmsted park System announced the $3 million funding from the Ralph C. Wilson Jr. Foundation to be used over the next three years.

"I think just upgrading all the facilities, you can see everything's a little worn," said Frank Abraszek about Cazenovia Park.

The money will be spread across the Olmsted Park System, including Martin Luther King, Jr., Cazenovia, Riverside, South, Front and Delaware parks.

The grant comes just months after the foundation announced it's investing $100 million dollars into the transformation of LaSalle Park along the waterfront.

"It's a game changer because we haven't had this level of funding before," said Executive Director of Buffalo Olmsted Parks Conservancy Stephanie Crockatt.

The money will be broken down into three parts:

That money is just the beginning as Cazenovia alone needs more than $8 million in improvements. The conservancy is asking for donations.

The next step is looking into strategy as to how to use the grant money.

"We've got a lot of work to do, but I think we're at the beginning of a big change in public space activity and how it's used in Buffalo," said Egner.