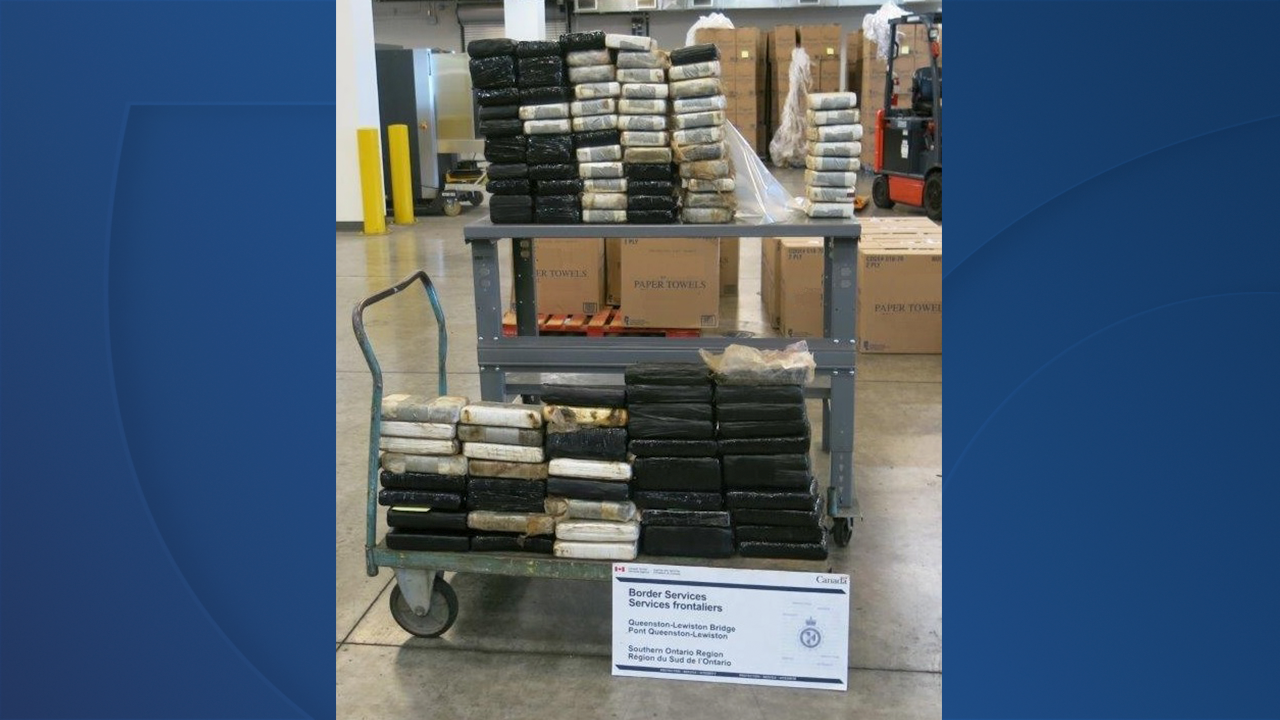 The agency says on August 18, a man arrived at the bridge in a tractor-trailer. During a secondary examination, officers said they "observed some anomalies in the packaging" of the tractor-trailer's cargo, which included 104 packages. Officers uncovered suspected cocaine in the packages, amounting to about 117 kilograms, which is estimated to value $14 million.

The driver and evidence were turned over to the Royal Canadian Mounted Police.

The border between Canada and the United States remains closed to non-essential travel due to the COVID-19 pandemic. However, the investigation at the Lewiston-Queenston Bridge is not the first the CBSA has conducted into suspected drug smuggling at the United States border. In an incident on April 15 at the Blue Water Bridge connecting Port Huron, Michigan to Sarnia, Ontario, officers uncovered 19 kilograms of suspected cocaine in a vehicle. The driver was arrested and turned over to the Royal Canadian Mounted Police.

Despite the ban on non-essential border crossing, tractor-trailers carrying legal cargo are able to cross daily. Canada defines an example of essential travel as "truck drivers who regularly cross the border to maintain the flow of goods."