YOU'RE BEING RECORDED: Millions of license plates tracked with automatic plate readers in Buffalo 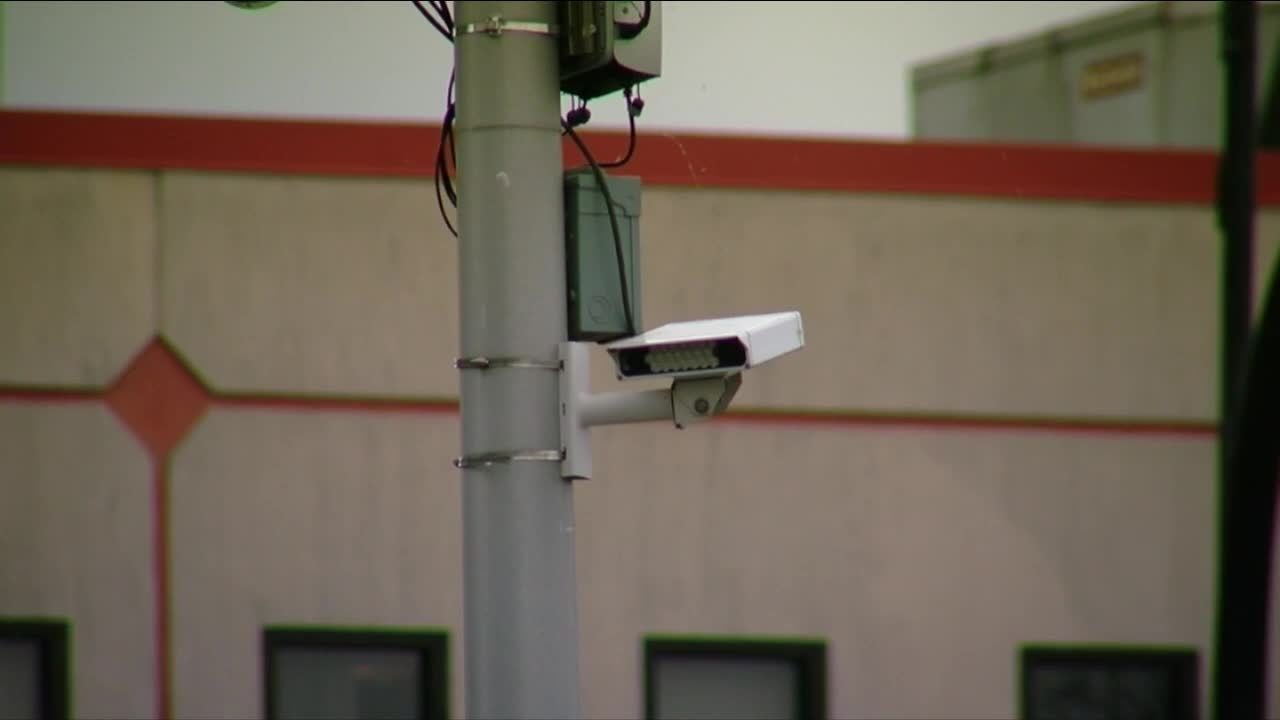 The I-Team has discovered drivers are being secretly recorded, tens of millions of times, while you're driving around the City of Buffalo. 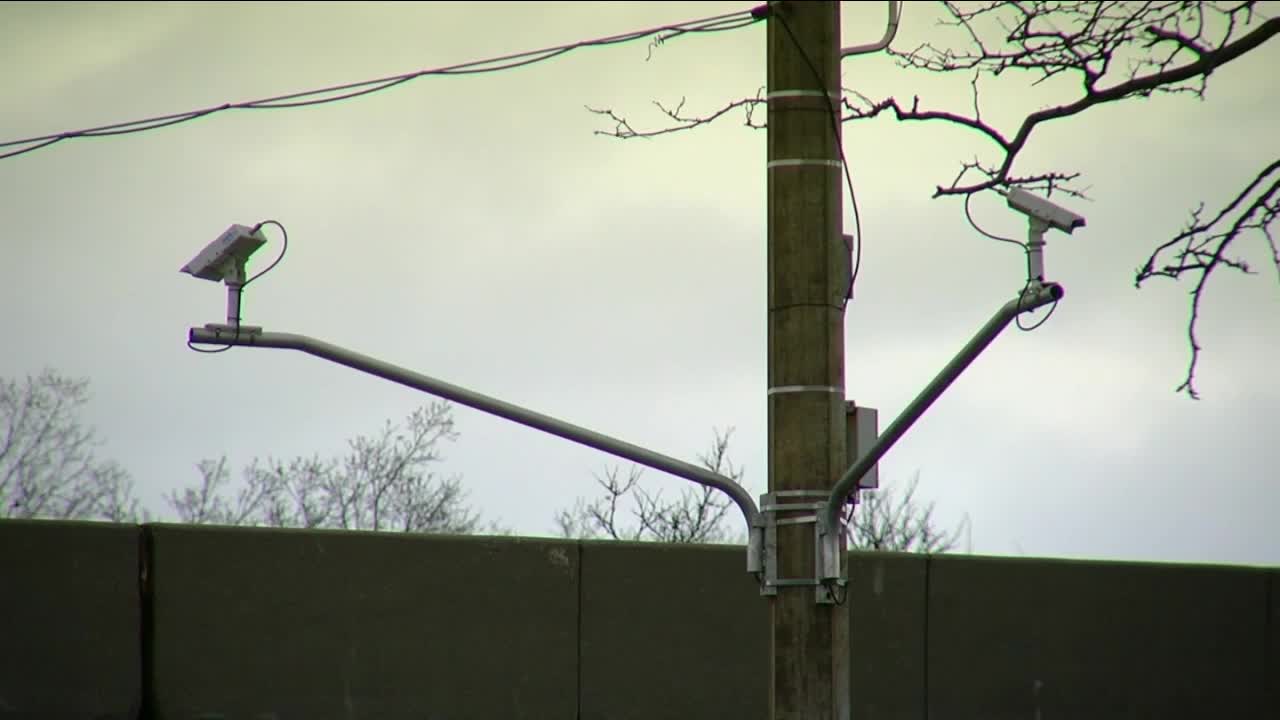 BUFFALO, N.Y. (WKBW) — The 7 Eyewitness News I-Team has discovered drivers are being secretly recorded -- tens of millions of times --while you're driving around the City of Buffalo. What's more, police are overwhelmingly targeting one part of town.

One after another, drivers are covertly being recorded. Your data is being collected by automatic license plate readers, set up around the City of Buffalo. They are high-speed cameras tasked with recording every license plate that passes by.

Buffalo Police report there are nearly 50 cameras set up around town. They are hidden in plain sight.

Captain Jeff Rinaldo says, "It's one tool used in the investigation process to determine who may or may not have been at a crime scene."

Police are able to search the database to see if a suspect vehicle was at a certain scene, during a certain time.

WHERE ARE THESE AUTOMATIC LICENSE PLATE READERS?

There are four by the Peace Bridge and four by Unity Island. These are used for homeland security purposes, according to police.

The rest are laser focused on Buffalo's east side. There were almost four million license plates recorded, between two cameras, on Bailey and Kensington this year alone.

SEE THE NUMBER OF LICENSE PLATE READS AND LOCATIONS FROM 2018:

"I immediately started to inquire -- how were these placed -- why were these areas chosen," said Buffalo Common Council President Darius Pridgen. "Quite interestingly, you have more of the answers than I do because I didn't know anything about them."

SEE THE NUMBER OF LICENSE PLATE READS AND LOCATIONS FROM 2019:

"Those cameras wherever they're at -- they should be equally distributed across the city," Pridgen said.

SEE THE NUMBER OF LICENSE PLATE READS AND LOCATIONS FROM 2020:

Rinaldo says violent crime is most prevalent on the east side, compared to other parts of the city.

"Although there might be -- statistically in one area-- more crime than another, there's crime all over the City of Buffalo," Pridgen said. "What I do not want, when we're talking about policing, is that one areas is more targeted than the other."

Pastor James Giles runs Back to Basic Ministries and is a community advocate. He says the city is responding to folks who say they want to be protected against crime.

Giles said he's supportive of the program because he's been to 330 prayer vigils and funerals since 2004.

"We have young boys, all the time-- riding around loaded -- ready to ride down on somebody-- with these guns in the vehicles. So how do we trap them? How do we at least put a scare in them that 'hey, listen, we may get stopped at any time,'" Giles said. "If they gotta put license plate readers to track some of this stuff down then I'm all for it. I'm on the end where I'm looking the faces of the father, I'm looking in the faces of the children that have lost their daddy. I'm looking in the faces in the mother that have lost their son. I'm feeling it."

Police have a camera set up at Buffalo General Hospital and Erie County Medical Center. They want to see how crime victims are getting to the hospital and if suspect vehicles are involved. Shooting victims are often brought to both hospitals.

But ask police how successful these automatic plate readers are, when it comes to arresting and charging a suspect, and you'll find little information.

"I mean, to say can you tell me, because of [these automatic license plate readers] how many people were arrested, we wouldn't track it that way," Rinaldo said. "That's one step; one piece of evidence."

That's why the New York Civil Liberties Union takes issue with these automatic plate readers. The NYCLU explains, your license plate information is being recorded just for passing through "regardless of whether the license plate matches a plate on the hot list...which is a lot of information to collect about innocent people."

"To some sense, we might say we're targeted and it's invasion of our privacy, yes ... but man, what else are you going to do," Giles questioned. "It is the price we pay for having such a culture."

IS THE PROGRAM WORKING?

Data obtained by the 7 Eyewitness News I-Team shows, with these stationary plate readers, between October 2019 and the start of October 2020, police recorded a total of nearly 43 million license plates.

Of those 43 million reads, 6,400 or so were "hits" for either a stolen car or a plate police were looking for as part of an investigation. That's a less than one-tenth of a percent success rate.

The I-Team asked if this qualifies as a failure in the program. Rinaldo says, "not at all."

"It's one additional tool that comes to the table when you're trying to solve crimes," Rinaldo explained. "It's just part of a technological advantage that is brought to investigations, just like surveillance footage is, cell phone data is, or any other means of electronic data that can be looked at, to try and help determine what and how something may have occurred."

This massive data collection has been ongoing since 2014. That's when the first license plate reader was installed in the City of Buffalo, with grant money from New York State and Homeland Security.

That's why Pridgen is calling for a Common Council inquiry.

"It's a concern. I'm not gonna beat around the bush. It's a concern and I want to know why, who, when, where and that's what I'm going to ask," Pridgen said.

Pridgen is expecting answers from City of Buffalo administrators within the next month. He wants the Common Council and the community to have questions answered.