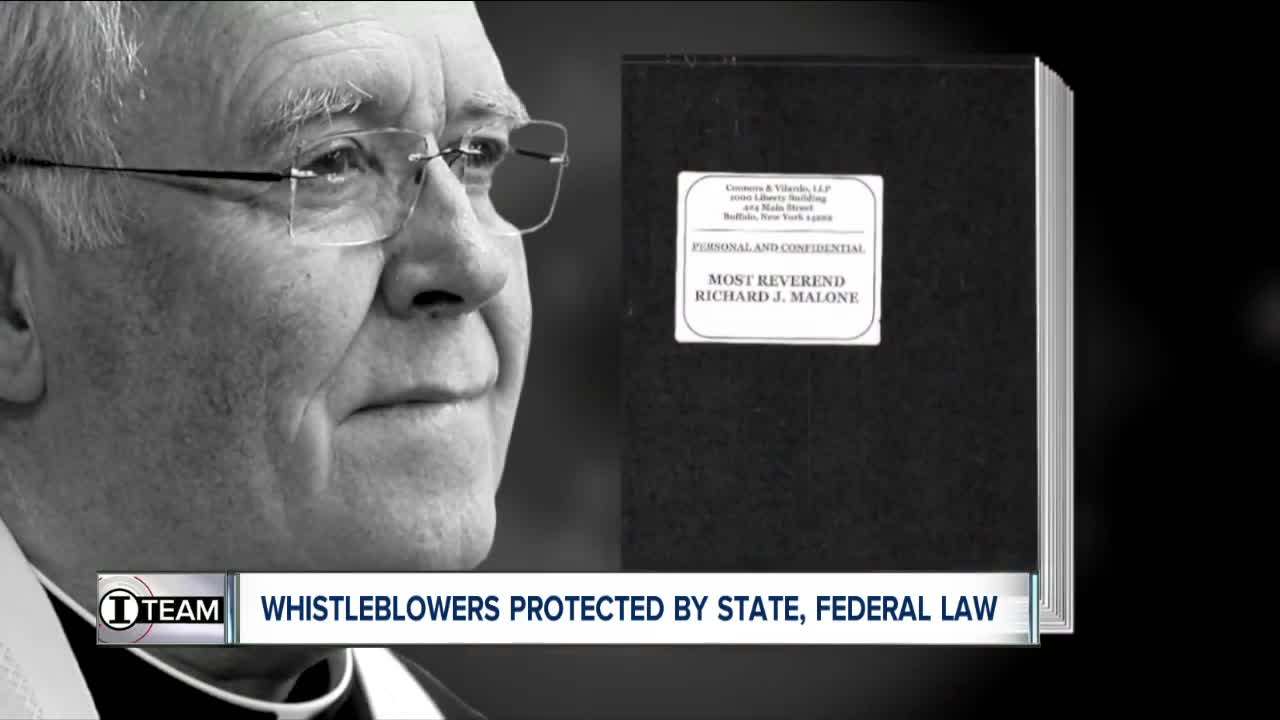 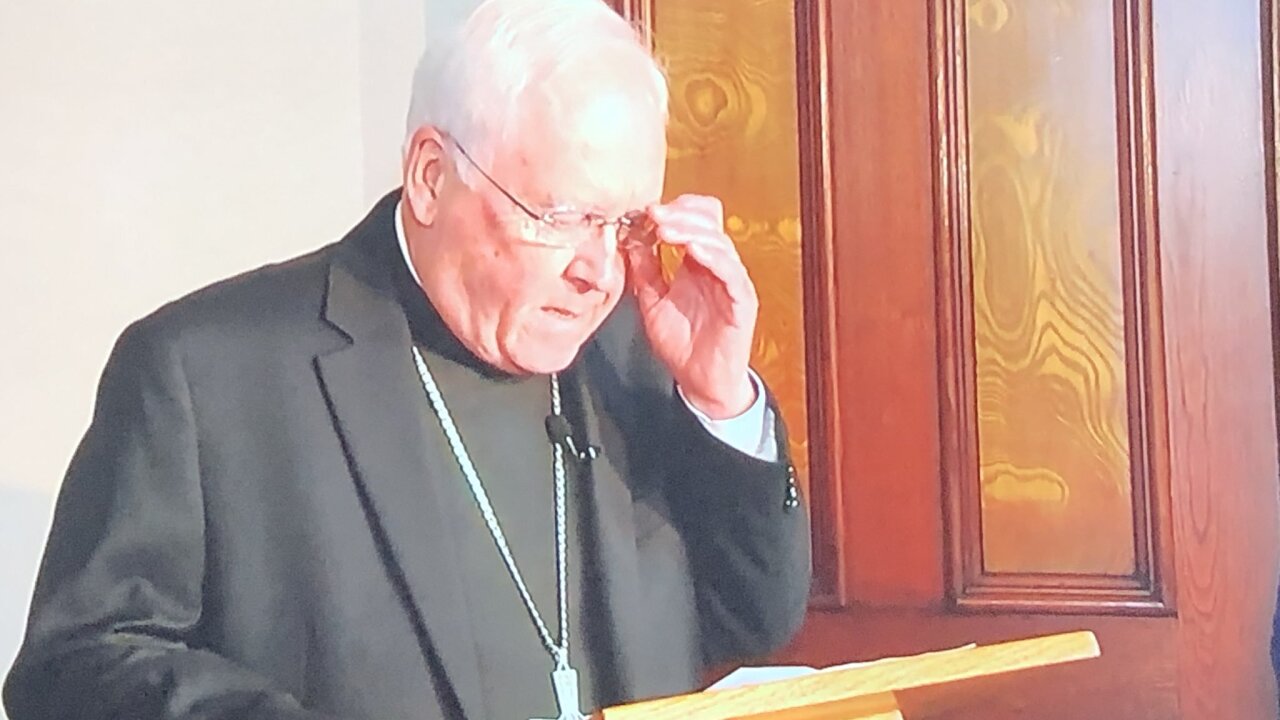 BUFFALO, N.Y. (WKBW) — We've seen the documents. We've heard Bishop Richard Malone in his own words, in a private meeting, expressing concern. All of this is a result of whistleblowers.

While the Bishop expresses disappointment, the reality is these people are protected by law.

Beyond the infamous 'black binder' and claims of breaking church law, whistleblowers have New York State and federal law behind them.

"Any kind of retaliation -- the employer under the law, is forbidden from doing," retired State Supreme Court Justice Penny Wolfgang said.

She says these laws are vital.

"It encourages people to report wrong doing, which ordinarily, they would be afraid to or would not be able to ... because of fear of losing their job," Wolfgang said.

In the case of the Buffalo Catholic Diocese, Father Ryszard Biernat is the whistleblower who came forward with those secret tapes, exposing what Bishop Malone knew. Those tapes exposed what he was hiding and his own concern about his future in the Diocese.

Siobhan O'Connor is the whistleblower who came forward, exposing the active cover up -- within the Bishop's office-- of the child sex scandal rocking the Buffalo Catholic Diocese.

"So when he talks about how he used to trust us and he doesn't know what happened, he happened to us," O'Connor said. "He is the one who created two wistleblowers."

Father Biernat, on the other hand, is on leave. The Bishop suggested he take that leave.

"This is a very good protection for him," Wolfgang said. "I'm glad we're discussing the term 'whistleblower' because for example, the Diocese might say he's on administrative leave -- but now we're going to demote him or we're going to move him to another parish, which he did not want, or give him a lesser position. I think it would be showing this was retaliation in some way and it would be prohibited under this law."

You can report illegal activity or wrongdoing within your company. Your employer cannot retaliate against you. If you feel they have, you can file a complaint with OSHA.

If you're concerned about health and safety in the workplace, you can file that complaint, here.

If you want to report fraud, click here to report it to New York State.

To report a tip about ethics violations, regarding a state agency or employee, click here.