Where are all the “good priests” in the Diocese of Buffalo?

'Stand up and do something,' Catholics say 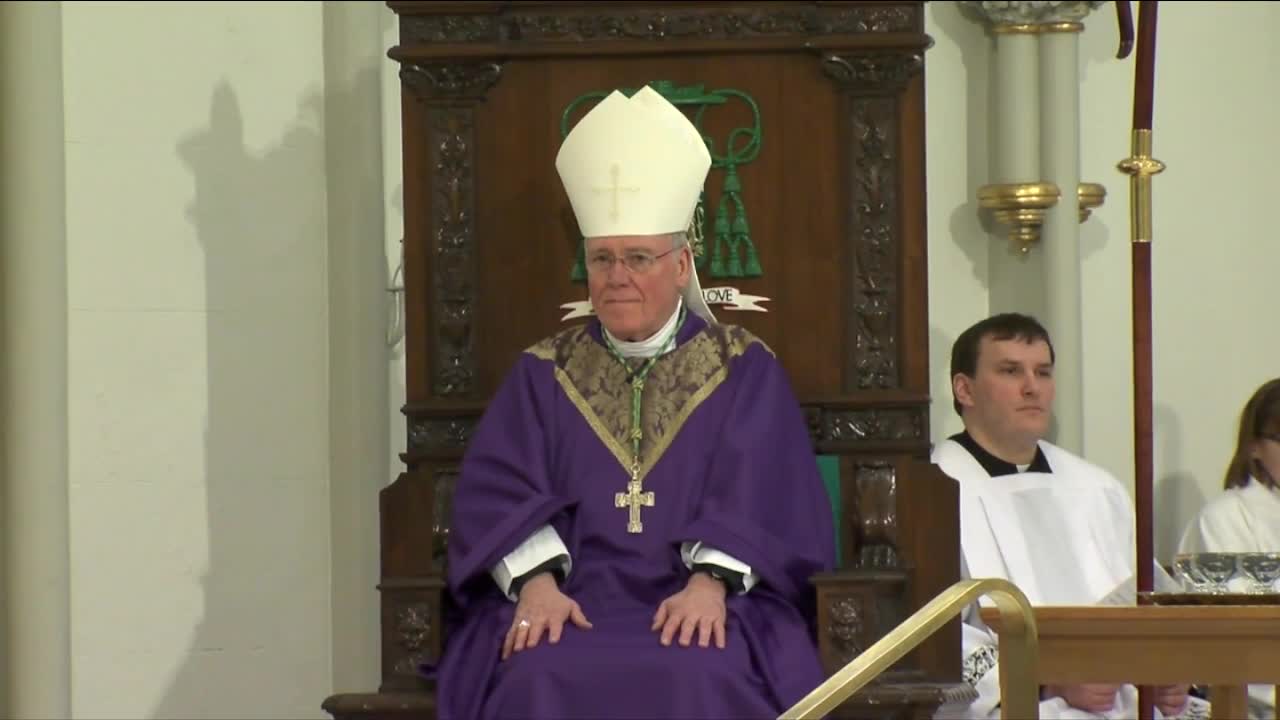 BUFFALO, N.Y. (WKBW) — Where are all the “good priests” in the Diocese of Buffalo?

And at a time of unprecedented crisis, why aren’t they speaking out against Bishop Richard J. Malone like so many of their parishioners wish they would?

Those are two questions at the front of Kevin Koscielniak’s mind. The Buffalo native is a survivor of child sexual abuse by a Buffalo priest.

Koscielniak knows not all Catholic priests are bad. But he says the so-called “good priests” of the diocese must stand up to the bishop for his handling of sexual abuse.

“Every priest out there who doesn't say a word, your credibility is zero,” Koscielniak said. “You can't go out there every single week and talk about doing the right thing and then support this.”

Bishop Malone made it clear at his emergency news conference Wednesday that no matter how many people call for his resignation, it’s the opinion of his clergy that matters most.

“If I felt like a majority of my clergy felt like I could no longer lead the diocese with them -- because a bishop does not lead by himself or he’s a poor leader -- then I’d have to re-think my commitment,” Malone said.

The bishop insisted that “the ones who would like to see me move on are truly the minority,” but that’s not what a priest told 7 Eyewitness News earlier this week by phone. The priest said the majority of priests he talks to want the bishop to resign. But he wouldn’t speak publicly and he asked not to be identified, for fear of retribution by the bishop.

“They won't go public,” Catholic deacon Paul Snyder said. “Not with that leverage. We deserve to know that the pastors of our parishes are standing behind the words of this Bishop who's proven to be a liar.”

Snyder said the 7 Eyewitness News I-Team’s broadcasting of The Malone Recordings shows that Malone’s handling of sexual misconduct as recently as a month ago in the case of Fr. Jeffrey Nowak is negligent. (Further allegations include claims that he and Bishop Edward Grosz silenced a sexual assault victim, Rev. Ryszard Biernat).

“Now, there's no longer an excuse that we don't know,” Snyder said. “We know. And we know in the bishop’s own words, what he considers acceptable conduct.”

It’s why both Snyder and Koscielniak are aiming their message at parishioners, who are ultimately the ones who fund the Catholic Church.

Snyder said letters to the bishop -- while important -- are simply not enough.

“We've already written letters we've already asked for this bishop’s resignation,” Snyder said. “I think now the question for every person is, what does your pastor stand for?”

He wants all parishioners to stand up and make their outrage heard -- and to push their pastors to do the same.

“I think we should hear from these pastors individually from each parish and to go on record, not in some group statement that Bishop Malone influences,” Snyder said. “This should be done parish to parish.”