Bishop says Higgins should be reminded of separation of 'church and state', Higgins disagrees 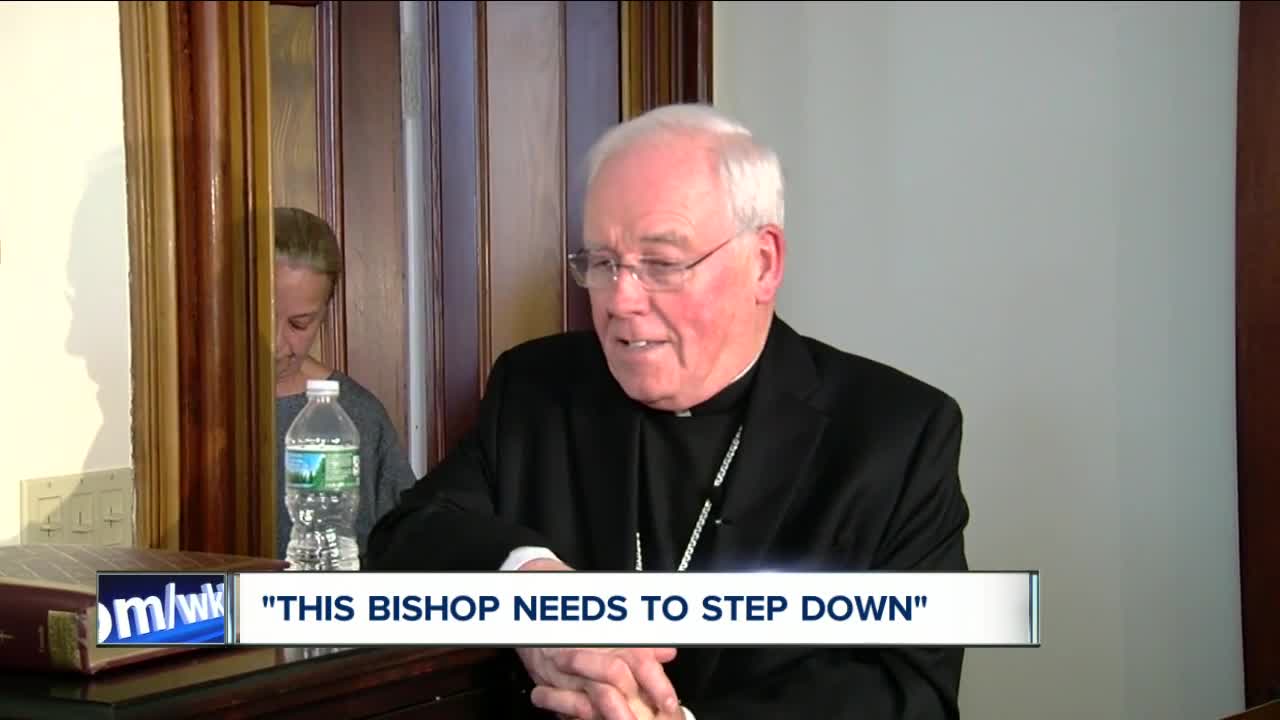 BUFFALO, NY (WKBW) — For a second day in a row, a top, Catholic lawmaker is also calling Buffalo Bishop Richard Malone to step down.

“This bishop needs to step down. This diocese would be much better off without him,” declared Higgins.

Higgins is calling audio recordings of the bishop, released by 7 Eyewitness News as “compelling evidence” Malone covered up the crime of sexual abuse.

“The only time he took action was when he found out that Charlie Specht was doing a story on this whole situation here,” said Higgins.

The recordings between Malone and his former secretary discuss father Jeffrey Nowak, who even under suspicion of abuse remained in ministry in Cheektowaga. Malone referred to him as "dangerous" and a "sick puppy."

At Wednesday’s diocesan news conference, we asked Malone about the congressman's call for him to resign.

“He feels it’s okay as a politician to tell a religious figure to step down. We would hear all about, you know, separation of church and state – true? I think so. He's welcome to his opinion,” responded Malone.

Schumer did not call for the Buffalo bishop to resign and said he is “very respectful of separation of church and state”. But when pushed to talk more about it by 7 Eyewitness News, Schuler said he’s reluctant to give any advice on what the diocese should do.

“I think the abuse is horrible. I condemn it. As for specifics, as for what the church would do – I hope they will act strongly and swiftly,” answered Schumer.

Higgins, democratic, is Catholic. He says Bishop Malone broke his own policy of removing a priest from ministry that was suspected of abuse. He also points out the diocese’s actions are under state and federal investigation.

“This is blatant – criminal activity – that has ruined dozens of lives – these kids – when they were abuse along time about—I know many of them – I know three people in one family – same priests – these people's lives have been ruined,” Higgins remarked.

We asked Higgins if he believes the Movement to Restore Trust is failing, the congressman responded saying he believes it was created to suggest change, but nothing has actually happened. Higgins is calling on Catholic laity leaders to stand up and demand Malone resign.

“But I think the lay catholic community has to take a really strong position on this and force change in the leadership,” Higgins remarked.