'The Diocese of Buffalo suppresses the truth in relation to sexual abuse,' seminarian says 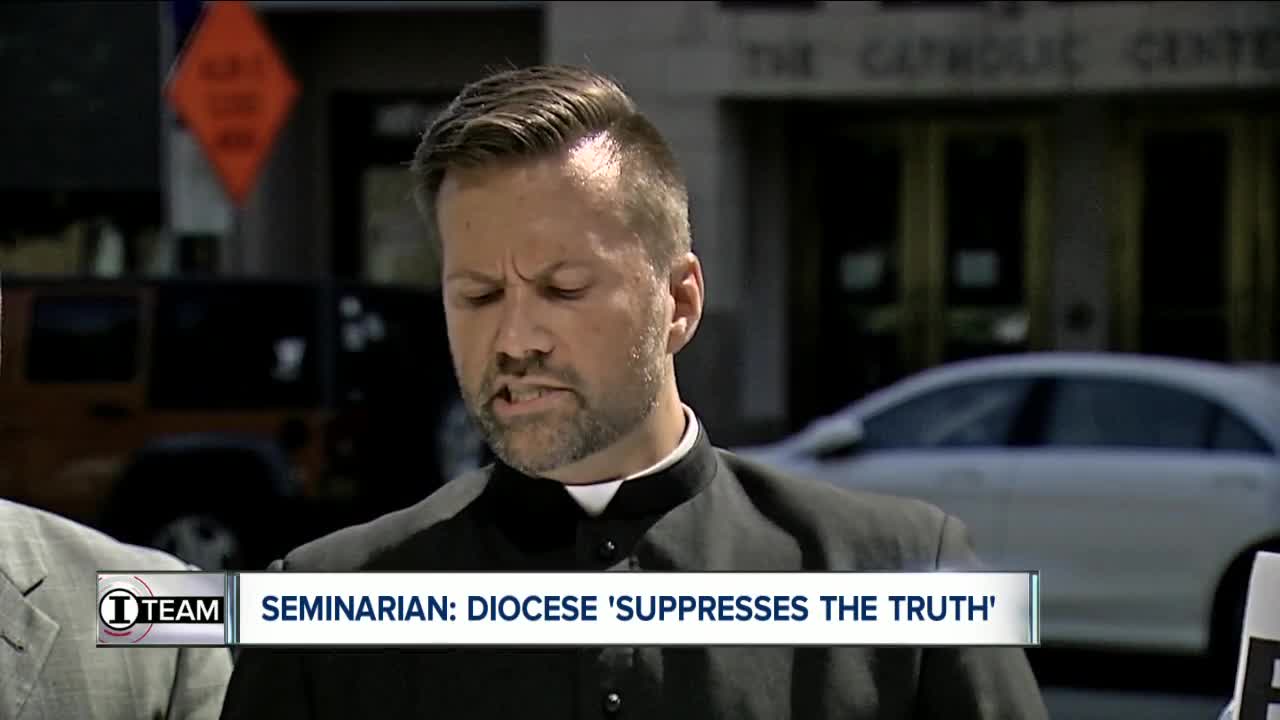 Another seminarian in the Diocese of Buffalo has quit and is calling on Bishop Malone to resign.

BUFFALO, N.Y. (WKBW) — Another seminarian in the Diocese of Buffalo has given up his dream of becoming a Catholic priest, blaming alleged sexual harassment by diocesan priest Rev. Jeffrey Nowak and Bishop Richard J. Malone's lack of action when he reported it.

Matthew Bojanowski, whose mother first revealed the allegations of sexual harassment in an interview with the 7 Eyewitness News I-Team, announced Tuesday he is resigning from Christ the King Seminary and is calling on the seminary to be shut down and for Bishop Malone to resign.

Referring to a potential Vatican investigation, Bojanowski added, "I call on Bishop Malone to resign immediately so that an apostolic investigation can be carried out in the Diocese of Buffalo."

On May 9, after an inquiry by the I-Team, the diocese confirmed that "a preliminary inquiry has been initiated concerning allegations of inappropriate behavior/unwanted contact."

But unlike the other 19 active priests who have been investigated in the past year by the diocese for allegations of sexual misconduct, Bishop Malone did not suspend Nowak during the investigation.

On August 6, 7 Eyewitness News published the allegations that were being made about Nowak by Bojanowski and his mother, Marie Bojanowski.

The diocese temporarily removed Nowak from ministry the next day.