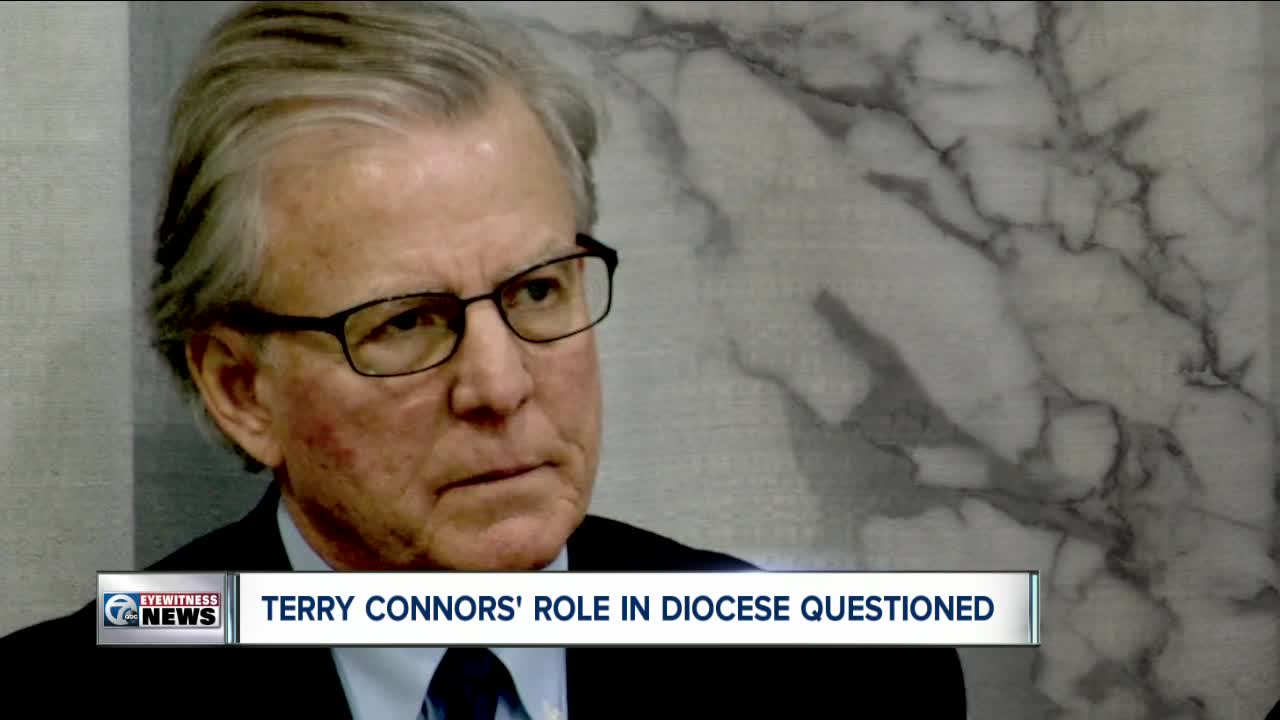 Buffalo has a new bishop, and it’s unclear whether he will keep Terry Connors on as diocesan attorney. Sources say federal investigators appear to be probing Connors' role in the abuse scandal.

BUFFALO, N.Y. (WKBW) — Terry Connors is one of the few constants in the Diocese of Buffalo sex abuse crisis.

He was there in 1993, when notorious pedophile priests Bernard Mach and John Aurelio were first accused of sexually abusing boys under the tenure of Bishop Edward D. Head.

He represented the diocese in 2003 under Bishop Henry J. Mansell, when dozens of claims poured into the Buffalo chancery following the explosion of the worldwide sex abuse crisis in Boston. Most of those claims were hidden from the public until this year.

And he was the official attorney for the Catholic Diocese under bishops Edward U. Kmiec and Richard J. Malone, who according to confidants, would often utter of the abuse crisis, “Terry will get us through this.”

But Buffalo now has a new bishop -- Edward B. Scharfenberger -- and it’s unclear whether he will keep Connors on as diocesan attorney, especially since Connors could be facing legal troubles of his own.

Sources confirmed to the 7 Eyewitness News I-Team that federal investigators appear to be examining the role of Connors’ law firm as part of its criminal investigation of the Buffalo Diocese.

Federal agents, the sources said, appear to be looking into the Independent Reconciliation and Compensation Program, a settlement program Malone and Connors announced last year at a news conference as the sexual abuse crisis was exploding. (A spokeswoman for the U.S. Attorney's Office declined to comment).

At the news conference, Connors called the program “extremely user-friendly” and said he considered it the “gold standard” of compensation programs. But sexual abuse survivors said it was a nightmare to navigate: the diocese assigned only one part-time employee to answer the phones and some victims went months without hearing from the diocese.

The diocese rejected more victims -- 135 -- than the 106 it ended up compensating, mostly because the deadline for the program was the day it was announced (only victims who previously came forward were eligible). But of the victims it denied, the diocese still collected detailed information from them about the alleged abuse, which could conceivably be used in legal proceedings if the victims sued in the future.

After this story was published, a legal assistant for Connors LLP emailed the following statement: "We understand that the government is looking into a number of matters involving the Diocese of Buffalo, including matters our firm has been involved in as counsel. The Diocese continues to cooperate. We have not been told that our firm is the focus of any review."

Connors’ role was front and center at the Movement to Restore Trust’s “Path Forward” symposium on Saturday, when survivor Michael Whalen implored Scharfenberger to get rid of Connors and other Malone aides who are still being paid by the diocese.

The I-Team asked Scharfenberger about Connors at his introductory news conference last week.

REPORTER:
“As many of these abuses have been concealed from the public, we advised Mr. Connors a few weeks ago that we have learned that the involvement of his law firm is now the focus of a federal investigation. Given that, do you think that you would be open to considering keeping that law firm on here as a law firm for the diocese?”

SCHARFENBERGER:
“Yeah, obviously I would be open to anything. There's no vested position of anybody who is an agent or an employee or professional or otherwise of the diocese. But of course, the charge alone is not a conclusion and we would have to see where that plays out. I certainly am concerned about any sort of a conflict of interest situation. So if I see that there is evidence of that, too, obviously it's something I would have to act on.”

Reached by phone last month, Connors said Buffalo’s bishops did not always listen to his advice. He made similar statements in August to I-Team Investigator Ed Drantch.

REPORTER:
“What do you say to critics who point out that you’ve been the lawyer for the diocese for the last 30 years as many of these crimes were being hidden from the public?”

CONNORS:
“Well, it's not true that we were directly involved in those issues. Many of the decisions that are being criticized are canonical decisions. But nevertheless, what I've observed over the years has been efforts on the parts of bishops to do the right thing.”

But Fr. Ryszard Biernat, Bishop Malone’s closest confidant until he blew the whistle on the bishop last month in The Malone Recordings, said in September that Malone relied heavily on Connors.

“He seems to be behind every decision,” Biernat said. “Bishop [Malone] will not do the right thing unless Terry says it’s OK to do it.”

Asked whether he thinks state or federal investigators will reveal the truth about abuse cover-ups in the diocese and bring criminal charges, Biernat said, “I’m hoping and praying for it, that they do come in. At the same time, I’m realizing that they have a good law firm that advised them how to do things that would be, you know, legal but not moral.”

There’s a difference, Biernat said, between a bishop acting in the diocese’s best interest legally and doing the right thing morally.

“They would come from the angle of limiting the liability of the diocese,” Biernat said. “So they treat victims as enemies because they may sue the diocese. If the bishop meets with a victim and admits, you know, we are sorry, maybe that will lead to a lawsuit.”

This is a developing story. Watch 7 Eyewitness News at 6 p.m. for more information.