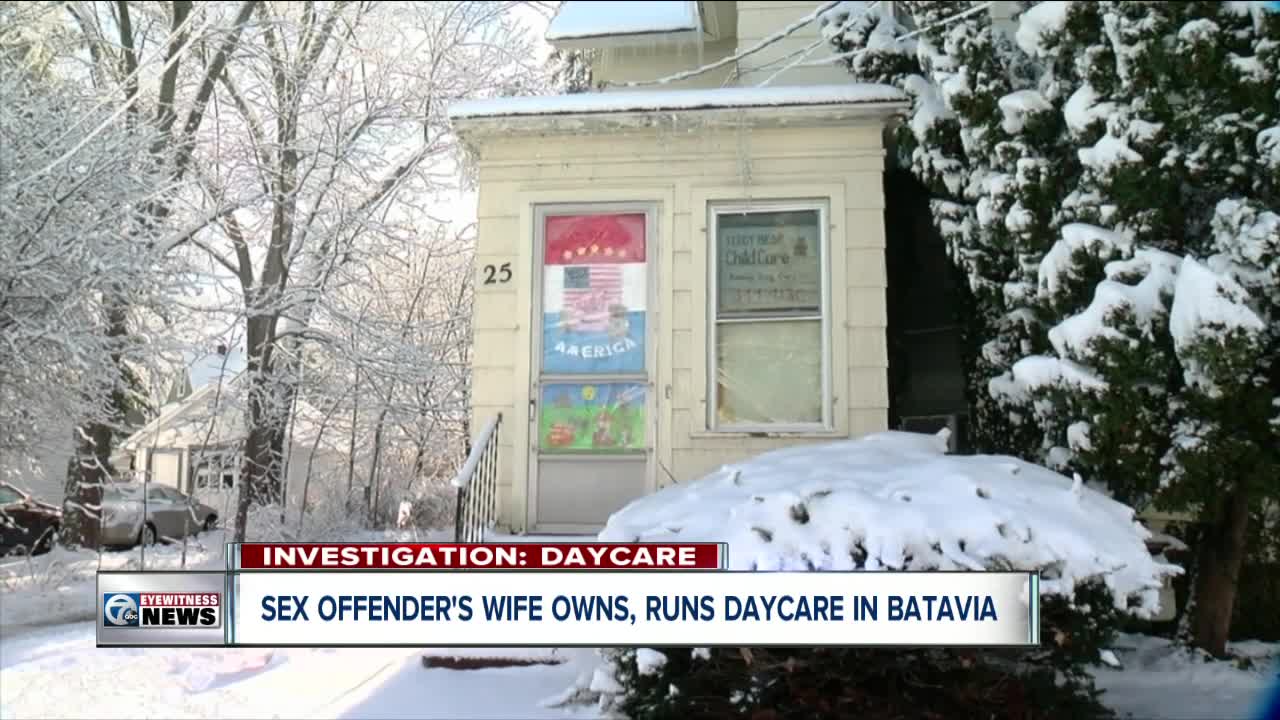 BATAVIA, N.Y. (WKBW) — A viewer in Genesee County called the I-Team, concerned about a daycare in Batavia. How is a sex offender's wife able to run a daycare, while the offender lives next door?

We knocked on the daycare's door, trying to get some information from Coy herself.

Instead, when we asked to speak with Coy about her sex offender husband, she slammed the door and said, "I'm not interested."

The state Office of Child and Family Services knew and has known about Coy's crime and conviction.

A spokesperson explains, "OCFS restricted the provider's license by requiring a letter be prominently posted at her program, stating Mr. Coy is prohibited from being on premises under any circumstances. During monitoring by inspectors, the provider is consistently in compliance with this restriction."

The state hasn't inspected this facility since August, when there wasn't a single violation found by the inspector. There hasntt been a violation here, since at least January of 2018.

The I-Team asked OCFS about how this daycare is monitored. A spokesperson says they inspect this daycare like any other--showing up unannounced, several times each year. The state has not received any complaints about this daycare.

You can see the state report about this daycare, by clicking here.