Mexican citizen found in WNY, charged with using fake documents to get work in Orleans County 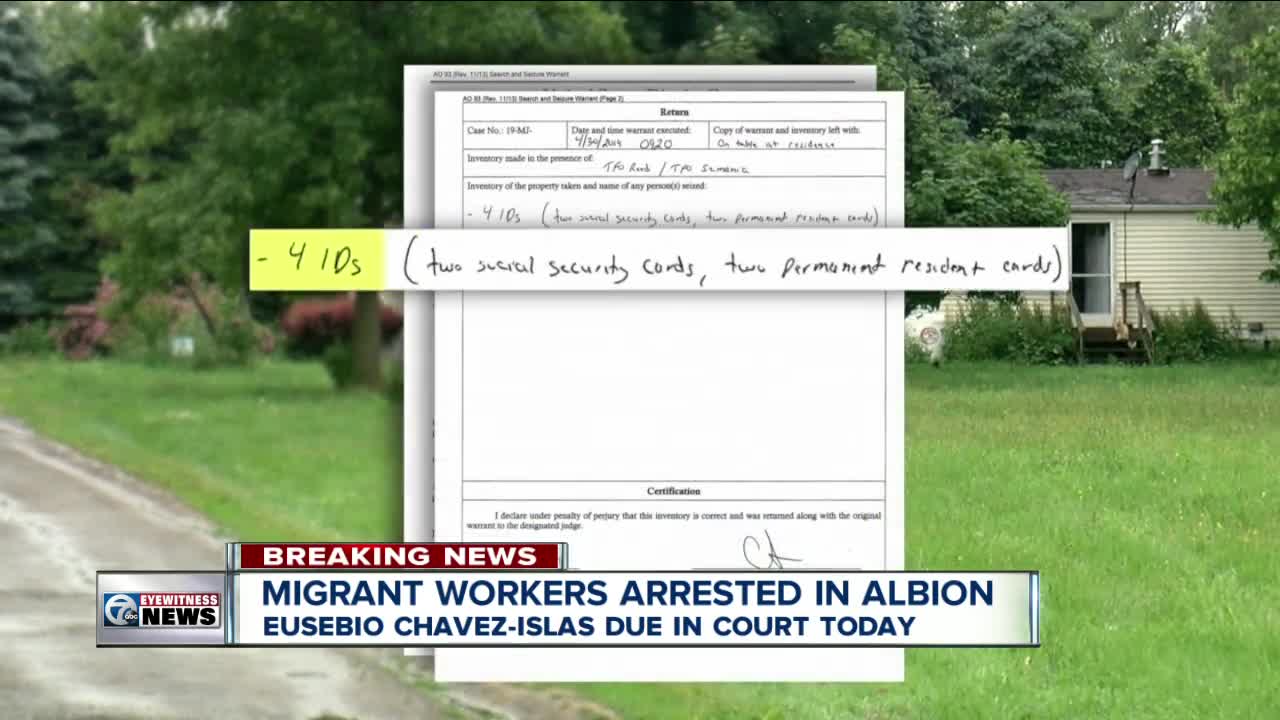 A Mexican citizen is due in federal court to take a plea deal after he was arrested, found with fake documents used to get work in Orleans County. 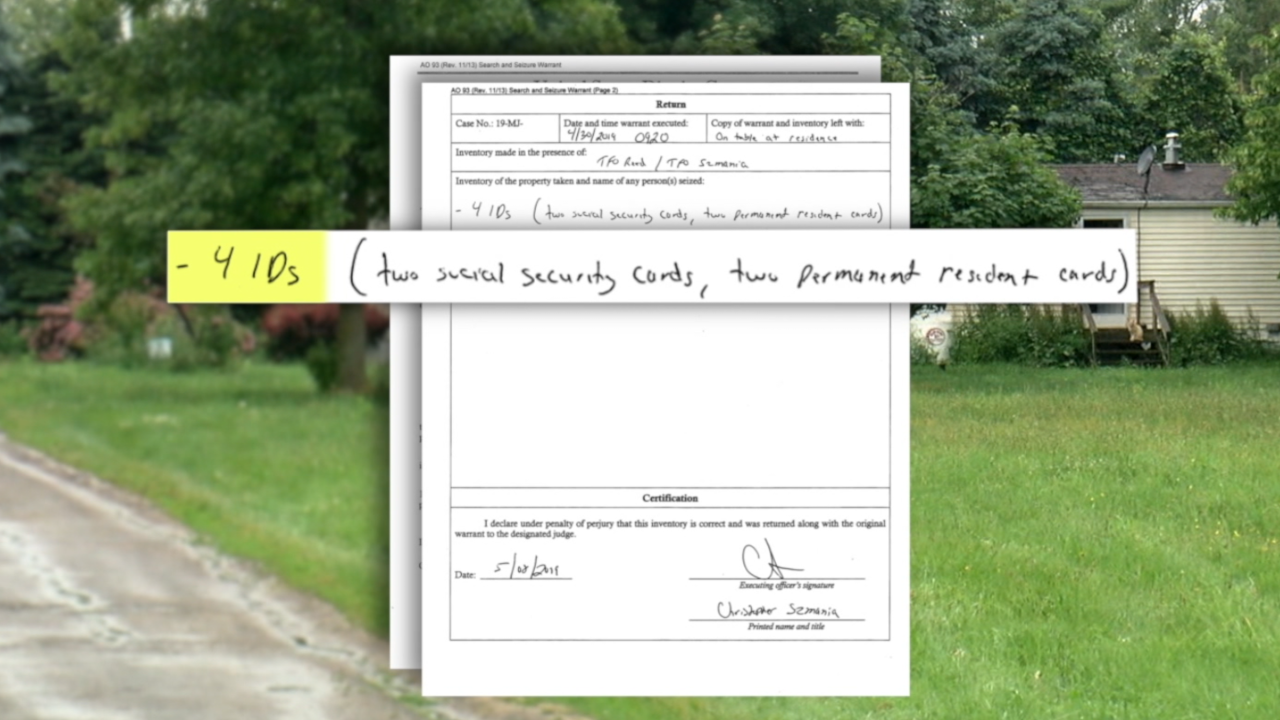 ALBION, N.Y. (WKBW) — A Mexican citizen admitted Wednesday that he obtained fake documents to stay in the U.S. illegally and work on a farm in Albion.

Eusebio Chavez-Islas pleaded guilty in federal court, admitting that he obtained a fake social security card to stay in the U.S. illegally. Judge William M. Skretny sentenced him to no additional jail time, but prosecutors said he will likely be deported back to Mexico.

Across the street from a wide open field, at a yellow home on Transit Road in Albion, the I-Team has discovered federal agents arrested four people. They say the four were living in the United States illegally.

At least one, Eusebio Chavez-Islas, is from Mexico.

Federal investigators say they had two pieces of fraudulent paperwork:

"I know that often times they're not coming here with that documentation. They're acquiring that documentation later, once they're here," said Matthew Borowski, an immigration attorney who is not representing anyone associated with this case.

Borowski says sometimes those documents are real and sometimes forged.

The I-Team has learned Federal agents raided the home back in April and found four IDs total:

According to federal documents, obtained by the I-Team, Chavez-Islas told the feds he got these documents in Florida for $80, used to get work at Nesbitt Family Farms in Orleans County.

Steven Nesbitt, the owner, would not speak with 7 Eyewitness News on camera.

Off-camera, he said these migrants showed the proper work documents. He said they had no way to verify their authenticity.

We asked why this is happening. Borowski said, "They need the jobs, and frankly the farmers need the labor force as well."

Nesbitt said this isn't the first time something like this has happened on his farm. In fact, he says about a year or a year-and-a-half ago, agents came in and arrested one of the workers who was in Western New York, illegally, from Mexico as well.

"I speak to farmers, who say they've tried they've tried to hire Western New Yorkers to do these jobs," Borowski said. "These jobs are difficult. They can't pay them enough to take those jobs because the cost of the commodity is so depressed, that they would just go out of business."

Instead, farmers pay these migrant workers, in this case, to pick apples and peaches.

Nesbitt said, as a result of this raid and latest arrest, he's using the H2-A visa program, to bring foreign nationals to the United States to fill temporary farming jobs.

"Where are you going to find local, born and bred Western New Yorkers to shovel cow manure for eight hours a day for 12 dollars an hour," Borowski questioned.

We asked where these people are coming from.

Chavez-Islas is due in federal court in Buffalo, at 2:00 p.m. Wednesday, to answer the charges against him and to take a plea deal.

Chavez-Islas is also expected to be sentenced as a result of today's plea.

We'll be in court and will update you about the outcome.