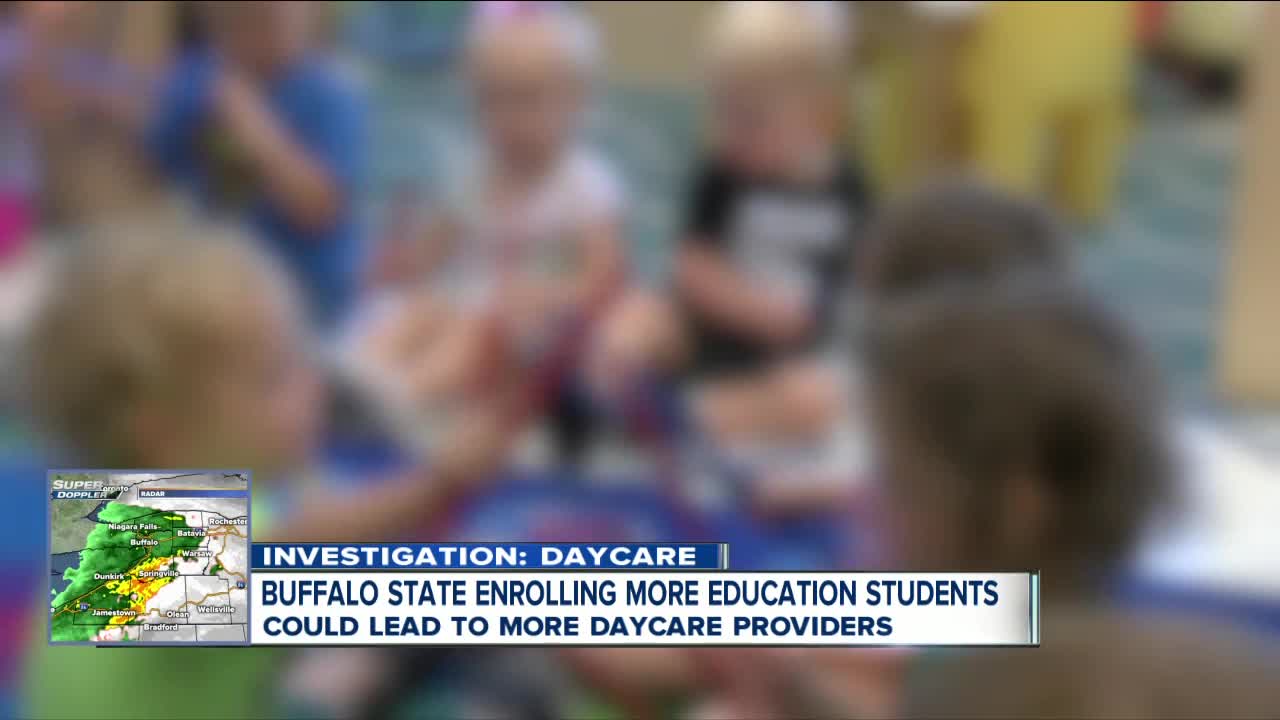 On college campuses nationwide, enrollment among education majors is declining. That includes early childhood education majors who, upon graduation, could staff daycare programs. Buffalo State College is bucking that trend

"I've always been connected to children, since I was young," Wirt said.

She's looking to one day open her own in-home daycare, where as so many others are choosing to do something else.

"I feel like a lot of people are running away from daycare because of the pay rate, or not having the homes to create them, or it's too expensive," Wirt explained.

Pay is a major factor for some of the resistance to enroll in early childhood education.

ChildCare Aware America, an advocacy group, reports "It's difficult to recruit credentialed child care professionals when compensation is so low." The average rate of pay among childcare providers was $10.72/hour in 2015.

But that's not a deterrent for Wirt.

"We have to survive and we want to make enough to support ourselves and our families, or future families. But I think, when it comes to teaching, it's not just about what you're getting paid to do," Wirt said. "When I see my kids, I know I don't think about what my pay is going to be when it comes -- I think about the joy they get when they see me and I see them."

"Students coming in now, in greater numbers, you aren't going to see all of that for another four or five years," Paterson said. The dean explained these students are going through a four-year undergraduate program and have the opportunity to do a "4+1" program. That program allows education students to get their bachelors degree but also leave, after five years, with a masters degree that is highly valued.

With the increased enrollment, we questioned if there would be more childcare providers out there in the coming years. "There should be," Paterson said.

She says the college is responding to community needs and teaching the business side of education. The administration wants graduates like Wirt to be successful after school.

"I just want to do anything that I can to help students, help parents and families be the best they can be," Wirt said.

Paterson says early childhood education students are working with children, at the daycare center on campus, throughout their undergraduate career, getting ready for what's ahead.

Buffalo State College has about 900 education students enrolled between undergraduate and graduate programs.