I-Team: Pridgen shames slumlords again, but is it enough? 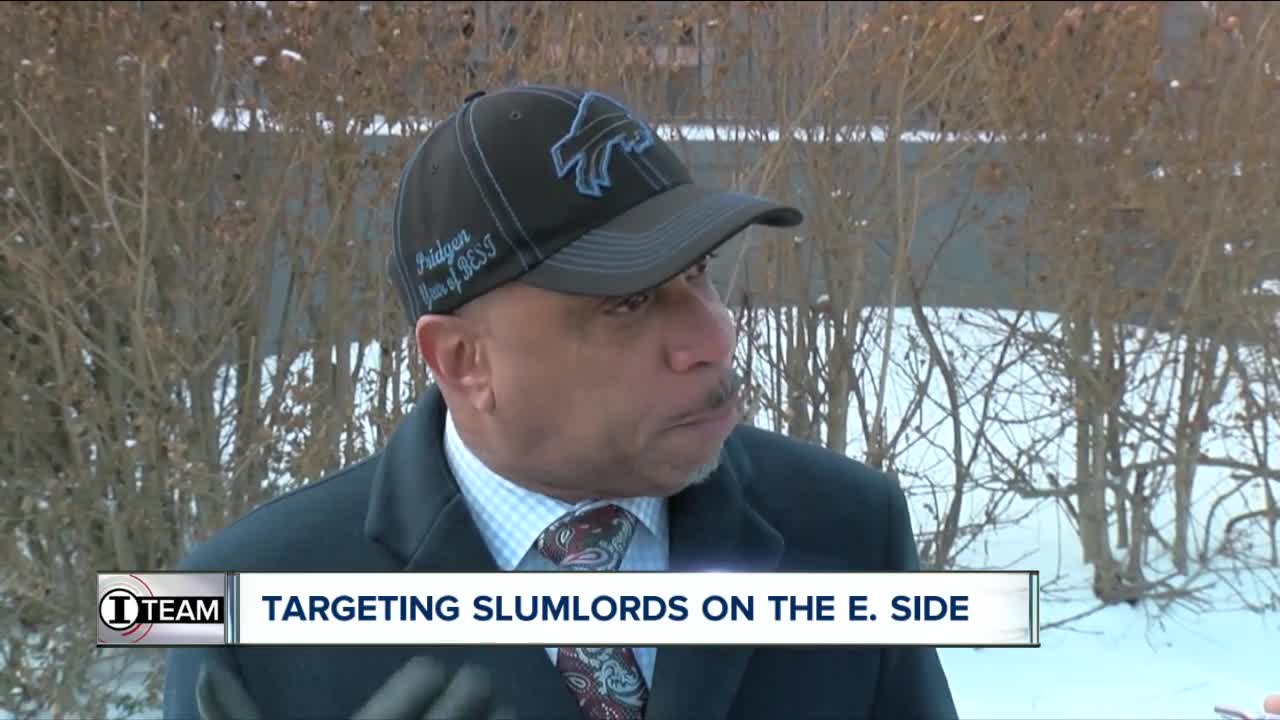 Common Council President Darius Pridgen continues his slumlord shaming campaign, but some say that won't be enough to deal with the problem.

Standing in an East Side neighborhood near the Buffalo Niagara Medical Campus, Pridgen cut a ceremonial piece of duct tape to unveil signage at a Southampton Street home where the only sign of life was a busted-out window on the second floor.

“These are not people who have fallen on hard times or are seniors who may be low-income,” Pridgen said. “These are people who obviously have the wealth to fix up these properties because some of them have lawyers. And my feeling is if you have a lawyer and you an pay a lawyer to represent you in court, you can pay someone to come out and fix these properties.”

Pridgen started the program last summer and has drawn attention to properties in the Ellicott District where landlords have consistently failed to fix decrepit housing conditions. He gets city public works crews to place signs on the properties’ front lawns with the name and contact information of the owners in an attempt to "shame” them into fixing the properties.

“Look at the sidewalks,” Pridgen said, pointing to a snowbank behind him. “No sidewalks have been shoveled. Boards up at the window. This house has gone from one person to another person. It’s a shell game and it’s a shame, and we won’t take it in the Ellicott District.”

But Patty MacDonald, a West Side housing advocate who runs the Project Slumlord Facebook page, said Pridgen and other city leaders need to do more to confront the problem than drawing publicity to decrepit owners -- and, by extension -- themselves.

“They’re big on the photo ops, but I haven’t seen any action at all,” MacDonald said in an interview with the I-Team last month.

She said each of the common councilmen should have a list of properties in their district that are in housing court and should follow up to see that those properties are fixed.

She also said the city needs to enforce a new law recently passed in Albany that will allow the city government to add housing fines and code violations onto the tax bill. When those fines exceed 5 percent of the assessed value of the home, the city can then foreclose on that house.

“You know, when you have the president of the Common Council and his only recourse to take care of a slumlord is to stick a sign on somebody’s lawn, that’s pretty poor legislating, I think,” she said.

Pridgen, though, disputed that criticism, saying that since he unveiled his “Top 10” list of problem properties last year, four owners have contacted his office and have pledged to begin making repairs.

“Well, unfortunately, that’s not correct,” Pridgen said. “Because we’ve gone through the processes and there are laws. You know, I can’t go to somebody’s house, snatch them out of the house and put a hammer in their hand. At the end of the day, we’re going by the law.”

Two of the remaining properties on the original “Top 10” list have since been demolished, his staff said, providing the following addresses and ownership information:

The following four property owners remain in need of repairs, Pridgen staffers said, and have had signs installed on their properties:

The property owners will be billed for the signs, Pridgen said.