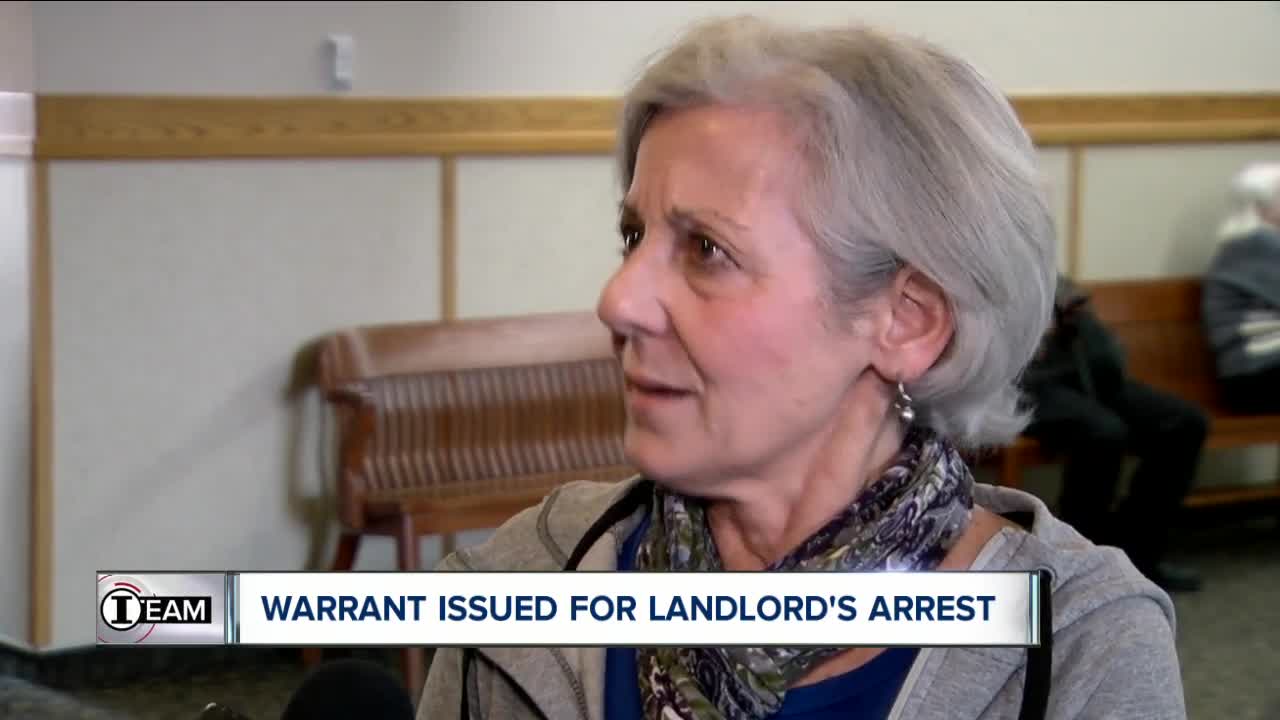 An unpopular landlord in Allentown did not show for a court appearance, and the judge issued a warrant for his arrest.

BUFFALO, N.Y. (WKBW) — Chuck Dobucki owns what neighbors say are some of the worst properties on Buffalo’s best streets.

There’s 40 and 42 Cottage St. -- two flats that look as if they're frozen in time and decaying by the day.

“What we all want is somebody to buy these and restore them,” said neighbor Mark Soper. “It’s Allentown, and they’re still nice houses.”

Yet they all sit vacant, and with three active cases in Buffalo Housing Court, Thursday seemed like judgment day for Dobucki.

But instead of judgment day, the landlord slipped away.

“This will be Mr. Dobucki’s at least third warrant from this court for non-appearance, and the only way I can ensure that he’s gonna be here is to hold him once he’s found,” Judge Carney said in an interview with 7 Eyewitness News.

Neighbors said the news was positive -- but they are waiting to see the final outcome.

“The fines and the jail time have to be meaningful,” said Patty MacDonald of Project Slumlord. “And I think it's very sad that this person might end up in jail, because in my estimation, there's an assessment that needs to be done to see why he's acting the way he's acting, because it defies all logic.”

If Dobucki is tracked down and arrested, the city is recommending bail be set at $225,000. Carney said Dobucki won't be able to put up his properties as assets to meet that amount. Activists like MacDonald are also urging the city to use the recently enacted tax-lien legislation in an effort to take over the homes.

“At this point it could very well be hundreds of thousands of dollars in fines that could be levied,” MacDonald said. “I don’t think he could come up with that money, so the houses could be auctioned off. There are buyers waiting.”

David Cory is one of them.

“This guy bought these properties years and years ago,” Cory said of Dobucki. “I mean, he’s basically sitting on a goldmine. I bought a house that I fixed up two years ago. We’d like a little more space and this would be the perfect opportunity.”

But Carney, the judge, said his powers are limited. He believes the U.S. Constitution doesn’t allow the government to force someone to sell their property.

“Mr. Dobucki’s been jailed, he’s been fined,” Carney said. “I have no other legal remedies other than to re-fine him or re-jail him, but when somebody simply chooses to ignore the penalties, there’s nothing else that a court can do.”

He added, “I can’t force a sale and I can’t physically force him to go out and do the work.”

7 Eyewitness News made multiple attempts to reach Dobucki to comment on this story, but he did not answer phone calls to a listed phone number and did not appear to be home at two of his properties that were listed on public records as his address.