This landlord owns the worst properties -- on Buffalo's most exclusive streets

Will appear before city judge on Thursday 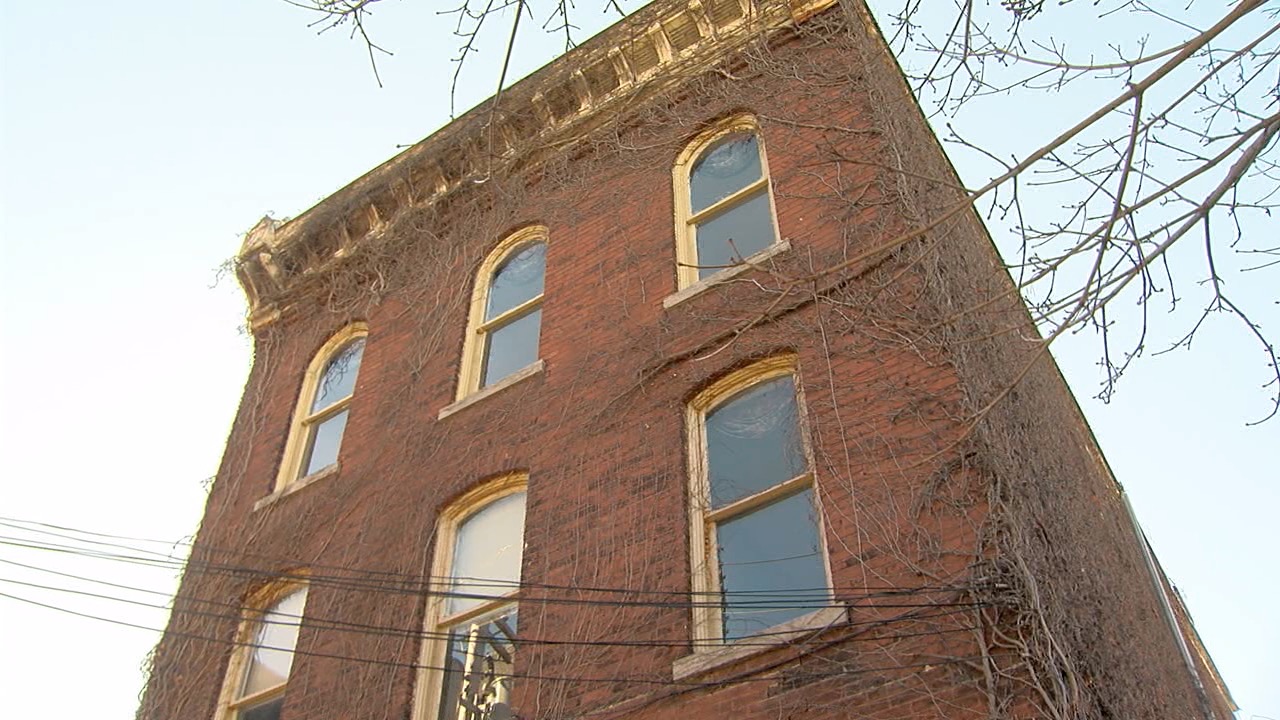 Neighbors are puzzled and frustrated by landlord Chuck Dobucki, whose properties sit vacant on prime real estate in Buffalo.

BUFFALO, N.Y. (WKBW) — To neighbors of Chuck Dobucki, it all makes no sense.

At a time when real estate values in Buffalo are on the rise, why would someone own houses and apartments on prime property -- steps from downtown -- and refuse to upgrade them, or in some cases, even rent them out at all?

"It’s just mind-boggling, you know?" said Mark Soper. "They’re worth a lot of money, and people would line up to buy these, to remodel them for what they’re worth. He just won’t sell them."

Soper lives on Cottage Street in the historic Allentown neighborhood. He owns property next to the Coatsworth Mansion and said one of his neighbors recently sold his multi-unit property for around $500,000.

But across the street at 40 and 42 Cottage, the two flats owned by Dobucki look as if they're frozen in time. Not just peeling paint, stuffed gutters and roof issues, but also a visible grime reminiscent of Buffalo's steel era, when Dobucki started buying up some of these properties.

On one side of the street, a mansion. On the other, a slum.
People in #Buffalo's Allentown have had enough. We'll be in housing court with them Thursday. Watch @WKBW at 6:30 a.m. to find out more about how this happened. pic.twitter.com/WQYixJxsUj

Dobucki will appear before Housing Court Judge Patrick M. Carney on Tuesday to answer for multiple violations at his property on Cottage Street. (Click below to read the specific housing violations from the city).

Both streets are quiet hideaways tucked off Main Street and Elmwood Avenue, respectively. They're within walking distance to many restaurants and they even have gates to keep out through traffic.

Yet both properties sit vacant, one with a broken window and piles of mail, the other so neglected the city refused to issue a certificate of occupancy.

Like their counterparts on Cottage, they are two missing teeth in an otherwise improving smile that is downtown.

"All of them could be fantastic properties," said Patty MacDonald of Project Slumlord. "They're falling down -- I mean absolutely falling down."

Even on two of the most exclusive streets in #Buffalo, neighbors say an absentee landlord is driving down property values. More on this on @WKBW at 6:30 a.m. Thursday. pic.twitter.com/eWjpwpoXta

7 Eyewitness News made multiple attempts to reach Dobucki to comment on this story, but he did not answer phone calls to a listed phone number and did not appear to be home at two of his properties that were listed on public records as his address.

Public records show Dobucki has owned the house on St. Louis Place since 1979. He bought one of the homes on Cottage in 1987 and the other in 2002.

"He’s always in Housing Court," Soper said. "He never does a thing they tell him to do. It’s a shame."