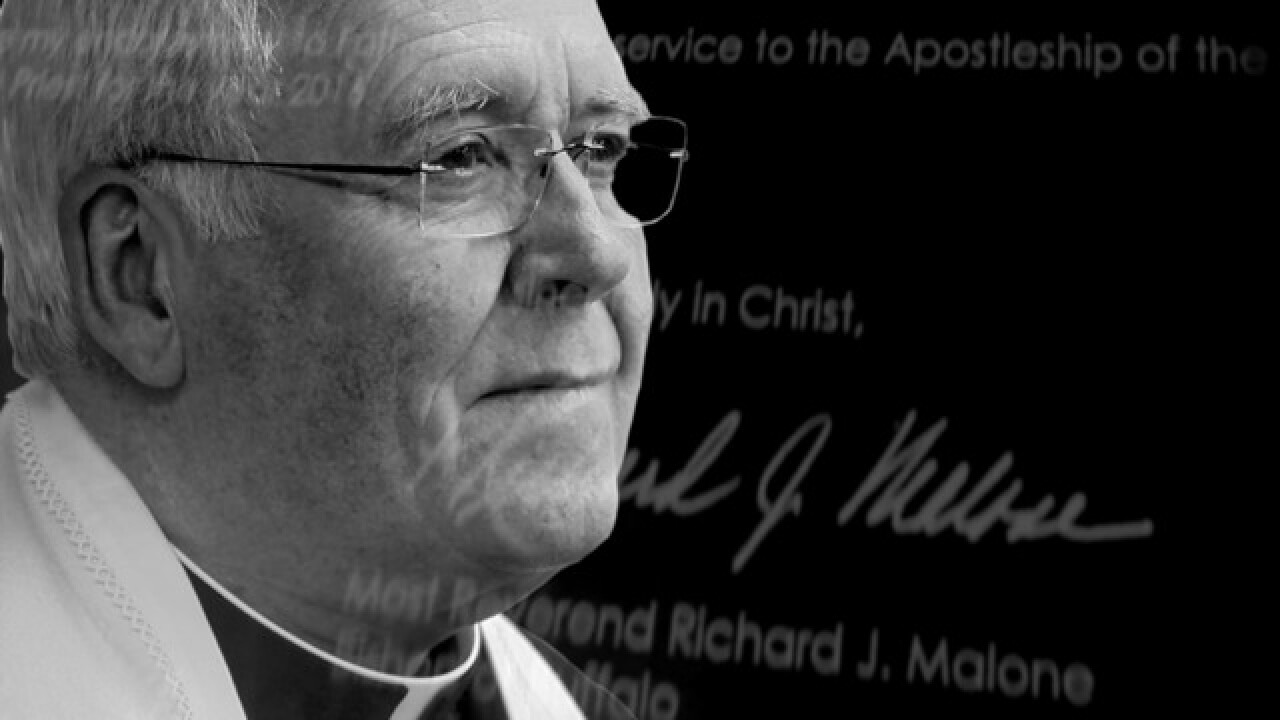 BUFFALO, N.Y. (WKBW) — Following the announcement of Bishop Richard Malone's resignation from The Diocese of Buffalo, Western New Yorkers shared their reactions to the news.

Thank you, Charlie, for your terrific work on this.

“The Catholic Bishop plays a significant role in the community, overseeing local parishes, schools, hospitals and charities. While Catholics know it is the people that make the church, faith and trust in the church leadership is necessary. The people of the Buffalo Diocese have endured the protection of predators, coverups and deception. Bishop Malone’s departure offers a new beginning and opportunity to heal.
The people of Western New York deserve transparency and honesty from their church. While this Bishop was lacking in the ability to provide that leadership, the Western New York community is grateful to the incredibly brave survivors, principled whistleblowers, and persistent journalists who were willing to bring truth to light.”

Over a year ago, I called on Bishop Malone to resign. At the time, it was considered an ill advised and politically risky thing to do. Many of my peers and colleagues thought I was crazy to challenge such a powerful person and institution, but every new piece of information that was revealed by Channel 7’s Charlie Specht and other tenacious reporters reassured me that my decision to speak out was the right one. Without the work of these journalists, the evidence and gravity of this issue may never have been fully revealed to us. Today, the Bishop has resigned. This sends an important message to victims that we stand with them and that our community is willing to fight for justice. There is no greater crime than the victimization of children. For too long, our society has looked away from the systemic sexual abuse of children, and those who obstructed investigations and placed child predators back into service are culpable. We cannot fix the mistakes of the past, but we can seek justice for those who were harmed through laws like the Child Victims Act. Things will never go back to the way they were. Abusers must be held accountable and children must be protected.

Thank you for your tireless reporting on this. It is greatly appreciated in WNY and beyond!