Fr. Ryszard was punished by Bishop Malone. Will Scharfenberger reinstate the whistleblower? 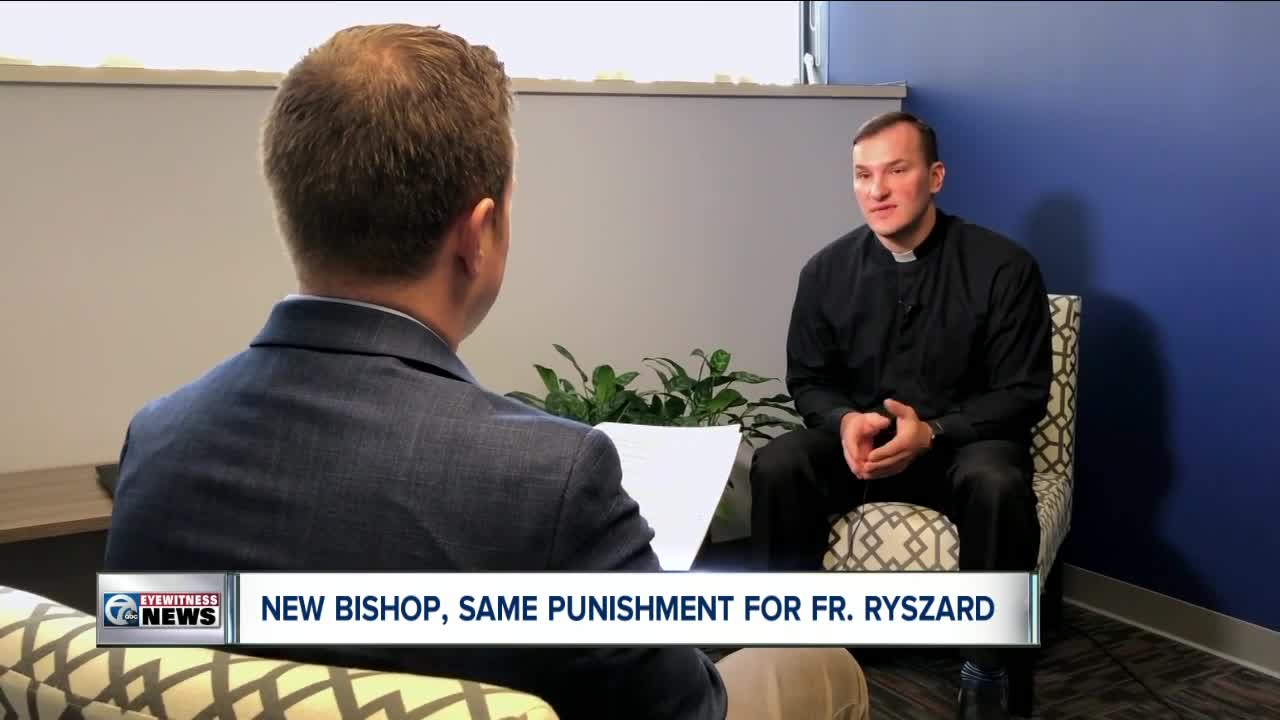 Father Ryszard Biernat may be a hero to many Catholics, but leaders in the Diocese of Buffalo still think of him as a traitor.

BUFFALO, N.Y. (WKBW) — Father Ryszard Biernat may be a hero to many Catholics, but leaders in the Diocese of Buffalo still think of him as a traitor.

The day before his resignation in December, former Bishop Richard J. Malone handed down a “DECREE IMPOSING A PENAL REMEDY...In the Name of God,” stating that because Biernat revealed recordings that implicated Malone in a cover-up and had been “very critical of me”, Biernat “betrayed the responsibility” of his office and caused “scandal among the faithful.”

Because of Malone’s orders, Biernat was stripped of his chaplaincy at a Carmelite monastery and forbidden from celebrating the Eucharist publicly or from preaching as a Catholic priest.

The day before he resigned, @BishopRJMalone handed down a "DECREE IMPOSING A PENAL REMEDY" to Fr. Ryszard Biernat, his secretary, for exposing Malone's concealment of alleged sexual harassment by a diocesan priest. The sanction, it says, was given "In the Name of God." pic.twitter.com/I8zUvU0tER

“The only regrets I have is that indeed the situation took place -- of Bishop Malone not acting properly,” Biernat told 7 Eyewitness News in an interview Wednesday.

Biernat’s conscience is clear, but that hasn’t saved him the wrath of church officials like diocesan chancellor Sr. Regina Murphy, who told Biernat in an email that the sanctions could be lifted “if you truly regret what seem to have been poor choices on your part.”

“In the decree, they cite policies of secrecy, but isn't that what led us into the trouble that we are in right now?” Biernat asked. “Secrecy...that we kept things secret and that everything is OK as long as people don't find out.”

A flurry of correspondence provided by Biernat shows he has tried to get Malone’s replacement to undo the penalty, but more than 90 days into his administration, interim Bishop Edward B. Scharfenberger has failed to do so.

A spokesman for Scharfenberger declined to comment but said in an email that Scharfenberger "continues to explore Fr. Ryszard's future ministry with him." The two are scheduled to meet a week from today.

Then came last week, when Fr. Ryszard wrote a Facebook post that quickly went viral revealing that his alleged abuser, Fr. Art Smith, made inappropriate remarks to him at a recent Mass organized by Scharfenberger.

Tuesday, Scharfenberger told The Buffalo News that he was considering reinstating Biernat, but the bishop drew criticism from Catholics for saying that Biernat needed to show “accountability for his actions.”

Since then, Biernat said he has lost 30 pounds and has been living a simple life of fasting and reflection. But he said he longs to return to his calling.