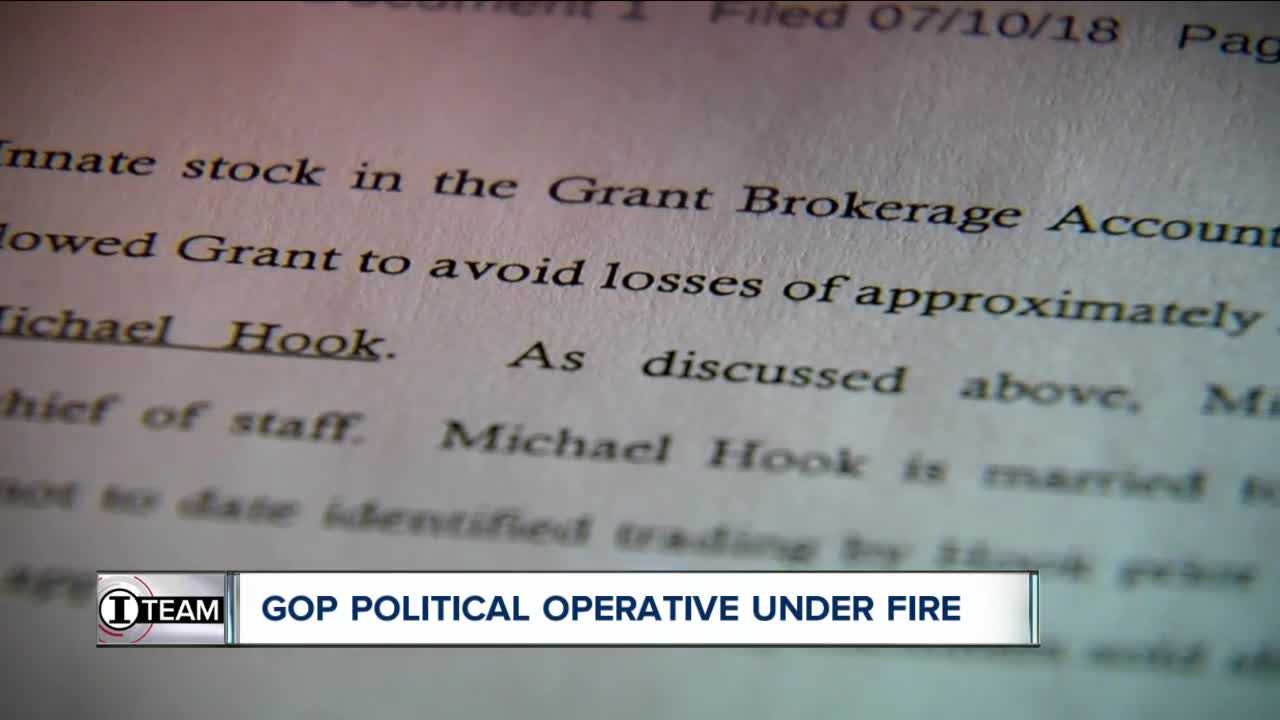 Newly discovered documents that were filed by the FBI as part of the insider trading case against Rep. Chris Collins are becoming an issue in the race for Erie County Executive.

BUFFALO, N.Y. (WKBW) — Newly discovered documents that were filed by the FBI as part of the insider trading case against Rep. Chris Collins are becoming an issue in the race for Erie County Executive.

Erie County Executive Mark Poloncarz, a Democrat, is calling on his opponent -- County Legislator Lynne Dixon, a Republican -- to fire Christopher Grant, her campaign manager, a day after the 7 Eyewitness News I-Team obtained documents linking Grant and others to the insider trading allegations facing Collins.

“He has shown a wanton disregard for the law,” Poloncarz said of Grant, a former chief of staff to Collins who has been running the Dixon campaign. “If any of my staff did that, they'd be gone.”

The affidavit, signed by an FBI agent last year and published by the I-Team on Wednesday, revealed federal agents last year searched the homes of two Buffalo businessmen -- Gerald Buchheit Jr. and Christopher Graham -- looking for "evidence" of the "crimes of insider trading, conspiracy to commit insider trading, and aiding and abetting insider trading."

The Buffalo News reported on the affidavit Thursday and focused on the allegations involving Grant and Michael Hook, a senior adviser to Collins who previously served as chief of staff.

The affidavit stated that Grant in 2017 traded away all of his stock in Innate Immunotherapeutics, Collins' favored biotech company, before a failed drug trial caused the company's stock to plunge 92 percent. The trades allowed Grant "...to avoid losses of approximately $11,200," according to the documents. Grant did not respond to requests for interviews for this story.

As for Hook, the affidavit stated that although he -- at the time of the search warrants -- did not appear to have traded away his stocks, "Hook's family members" did, avoiding losses of more than $130,000.

“Michael Hook will not respond to any questions regarding this matter as a result of the ongoing federal case,” Jennifer Brown, a Collins spokeswoman, said in an email.

Neither Grant, nor Hook and his family members, were ever charged with insider trading. But poloncarz said Dixon and other Republicans need to stop hiring Grant to run their campaigns.

“As somebody running for office, you've got to have a clean background and clean people working for you,” Poloncarz said.

Dixon, who also declined an interview request, fired back at Poloncarz in a written statement, calling him “desperate” and saying he has hiring issues of his own. She gave former social services commissioner Al Dirschberger -- convicted this year of raping a county employee -- and former property tax commissioner Joseph Maciejewski, who resigned two days ago amid allegations of inappropriate comments, as examples.

Of Maciejewski, he said, “If Mr. Maciejewski had not resigned the next day, he was going to be terminated by me.”

When questioned, Poloncarz said he would also return any campaign donations given to his campaign by Buchheit or his company over the last year. Buchheit has donated more than $15,000 to Poloncarz’s campaign over the last few years, and has also given money to Dixon.