Diocese comments on reports that Bishop Malone's resignation is 'imminent' 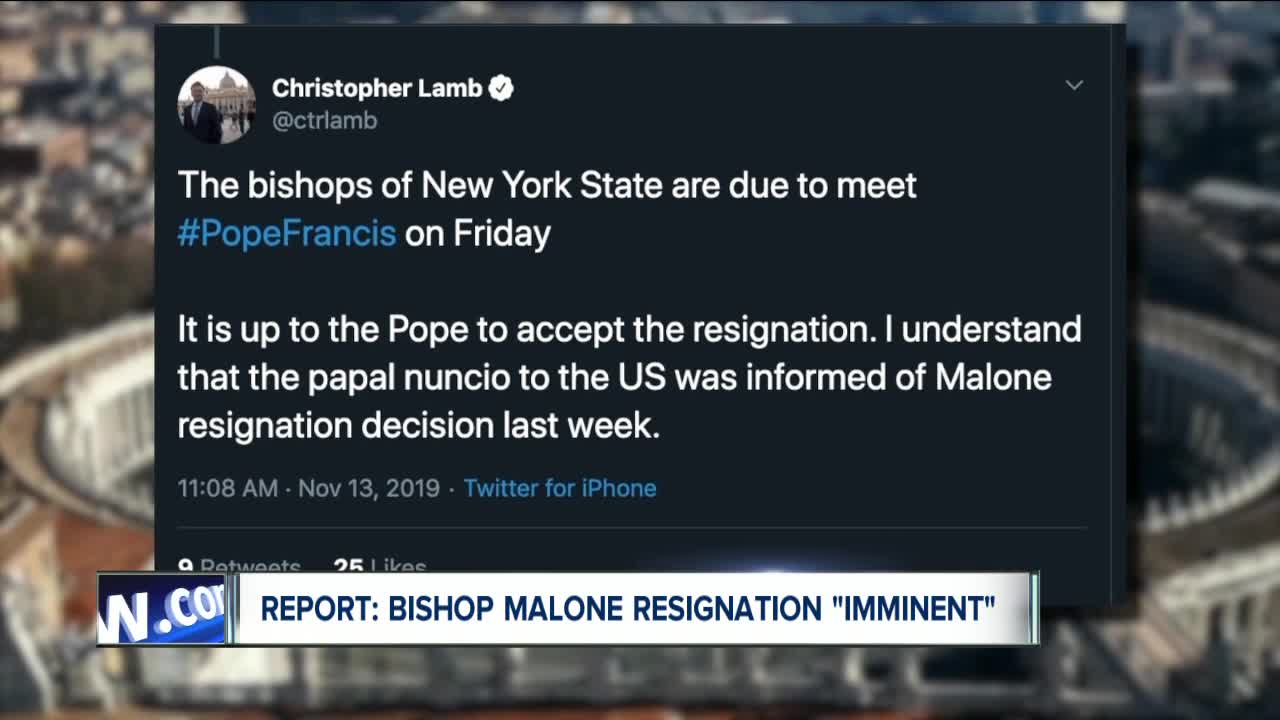 A spokeswoman for the Diocese of Buffalo said she has received "no information" that Bishop Malone's resignation is 'imminent.' 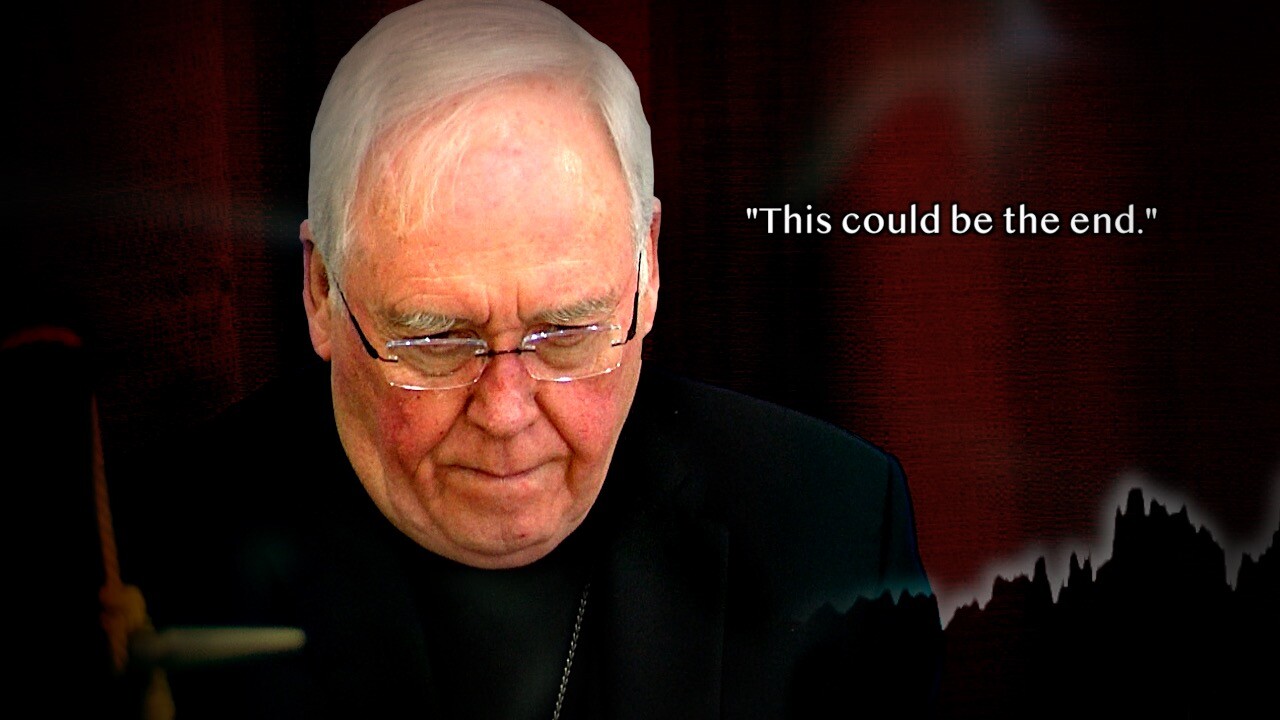 BUFFALO, N.Y. (WKBW) — A spokeswoman for the Diocese of Buffalo said Wednesday that she has received "no information" that Bishop Malone has submitted his resignation to Vatican officials.

"We have received no information in that regard," diocesan spokeswoman Kathy Spangler said in an email to 7 Eyewitness News. But on Wednesday evening she released a more extensive statement.

"Bishop Malone continues to serve as the leader of the Diocese of Buffalo. He is currently engaged with the other bishops of New York State in their Ad Limina visit, discussing with officials of the Holy See and with Pope Francis the areas of challenge and progress of the Catholic Church in New York State and the scope of the vibrant ministries serving the needs of New Yorkers, both Catholic and non-Catholic alike. When Bishop Malone returns to Buffalo he will be communicating further about his meeting with the Holy Father and the other participating bishops."

Spangler was responding to widespread speculation that the embattled bishop, who is in Rome with other bishops to meet with Pope Francis, is about to become the first bishop in the 172-year history of the Diocese of Buffalo to resign.

Speculation began after Christopher Lamb, the Rome correspondent for The Tablet, a British publication, wrote on Twitter -- citing "reliable sources" -- that Malone's resignation was "imminent."

"The bishops of New York State are due to meet #PopeFrancis on Friday," the reporter wrote. "It is up to the Pope to accept the resignation. I understand that the papal nuncio to the US was informed of Malone resignation decision last week."

But such a move would be unprecedented in the Diocese of Buffalo and rare throughout the Catholic Church worldwide, which has struggled for two decades to come to grips with a festering sexual abuse crisis.

In September, the Vatican launched its own investigation, appointing Brooklyn Bishop Nicholas DiMarzio to complete an "apostolic visitation" of the Buffalo Diocese, which he has said is now complete. Investigations by the FBI and State Attorney General's Office are also underway.

Nearly 86 percent of Catholics wanted Malone to resign, a scientific poll by The Buffalo News taken in September showed. Fewer than 3 percent of those surveyed wanted him to stay, while 12 percent were undecided.