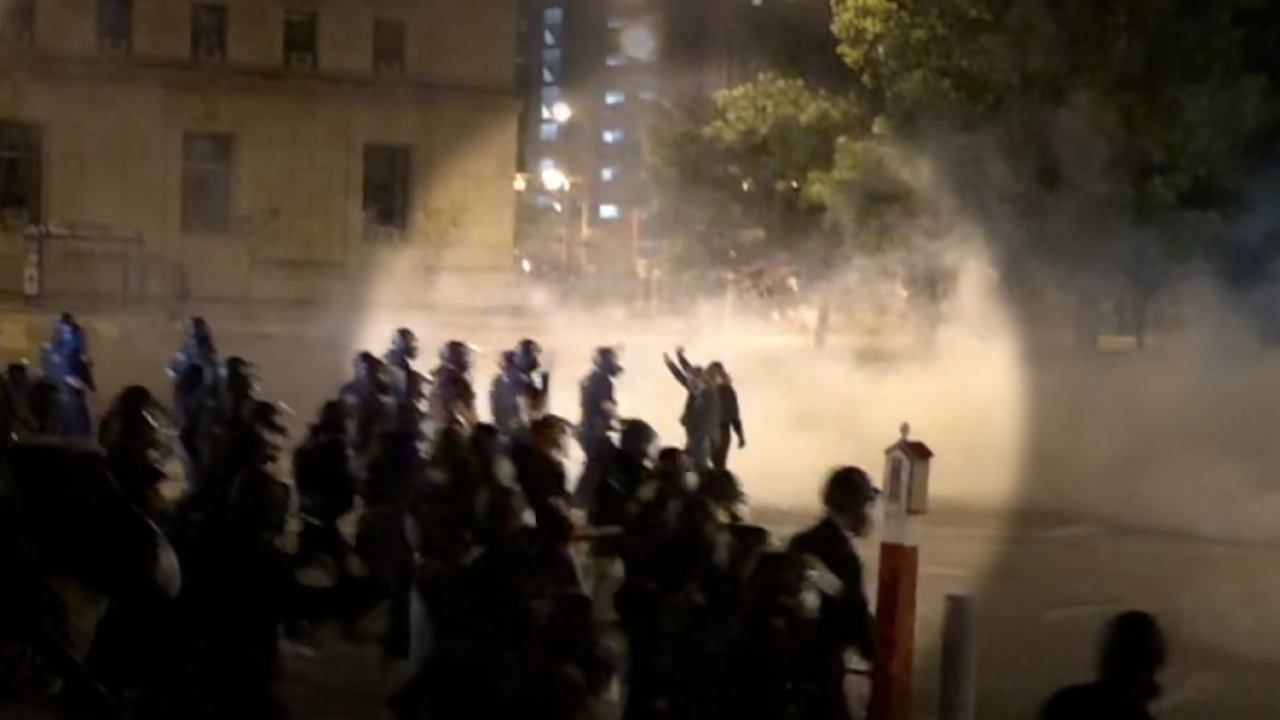 BUFFALO, N.Y. (WKBW) — Buffalo, New York has been in the international spotlight for a push by Buffalo Police that has now been seen around the world.

Our cameras caught another violent shove, days before the incident with Martin Gugino in the very same square.

It was the first night of protests in Niagara Square, May 30, and an hour past curfew.

The woman captured in the video being violently shoved back as a police line advanced to clear the area spoke to 7 Eyewitness News under the condition we did not use her name.

She tells us the shove caused a fractured rib.

She also got a large welt on her leg from a rubber bullet that was shot at her as she stood to run away.

“It was the fastest hit ever,” she said. “It was fast and it was hard. And it was direct right down on my chest with his nightstick.”

We spoke with retired Buffalo Police SWAT Chief Vernon Beaty about training for special force teams in the City of Buffalo.

“They were doing the same thing to everybody else,” said Beaty “It was just an unfortunate incident that happened to him, but that’s exactly what you’re taught.”

Beaty says the line that night was likely not tasked with making arrests.

“The front line is moving everything back — once you get to protesters, you’re to hold your line,” he said, explaining why we do not see any officers help victims like Gugino if they fall while being cleared out of an area. “If there’s someone you’re actually going to extract then what happens is you move forward toward that person, the line opens up, they pull that person in, the line closes back up.”

The protester that was shoved said she understood what was likely to happen when she approached the line that night.

We showed the video to Erie County District Attorney John Flynn and asked why no assault charges were filed like with Martin Gugino.

A representative for Flynn said the DA cannot comment on the video because no one has submitted a complaint to his office.

The protester said she has no plans to file a complaint.

“I set myself up for it. You know what I mean? I walked into it.”

She added, what happened to her was an illustration of what she came to the City to protest that night.

“We were there for a guy who got literally choked to death in the street, so it seemed like me [complaining about] having a cracked rib was a bit whiny.”

Beaty said police are trained to clear an area either with shields or batons after giving a series of verbal warnings and that is what we are seeing around the country and here at home — not police brutality.

“You see a lot of guys and they’re wearing all of this armor and they’re telling you to move. Best case scenario — move.”