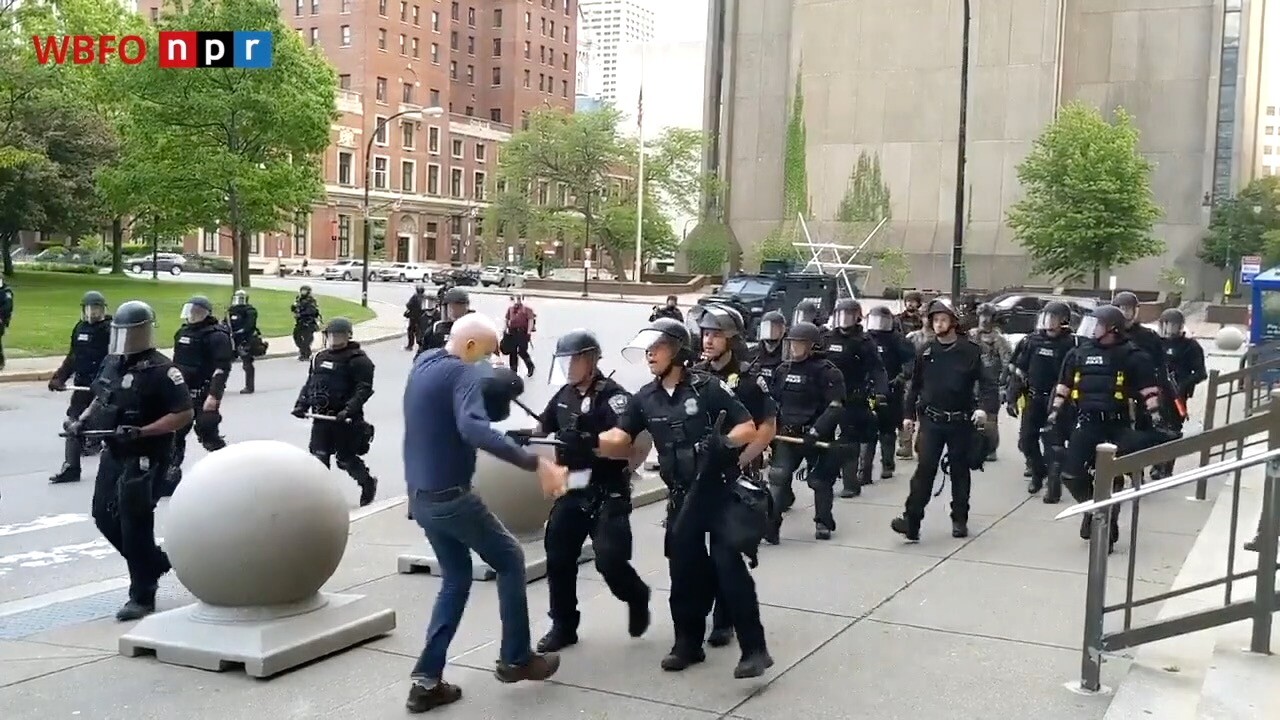 BUFFALO, N.Y. (WKBW) — Martin Gugino, the man seen on video being pushed to the ground by advancing police officers and injured, has released a statement via his attorney, urging any future protests to stay peaceful.

The statement, released by attorney Kelly V. Zarcone, describes Gugino as a "longtime peaceful protester and human rights advocate." According to the release, he is in serious but stable condition and is "alert and oriented."

Gugino is asking for privacy but "appreciates all of the well wishes he has received and requests that any further protests continue to be peaceful."

Gugino is also a member of the group PUSH Buffalo, who also released a statement on Friday, "As the current situation evolves, we are hoping and praying that Martin undergoes a healthy and speedy recovery. Our thoughts and support are with Martin and his family--and every person impacted by police brutality, who Martin was there for--at this very serious time."