Renderings were from Japan 'ocean dome' 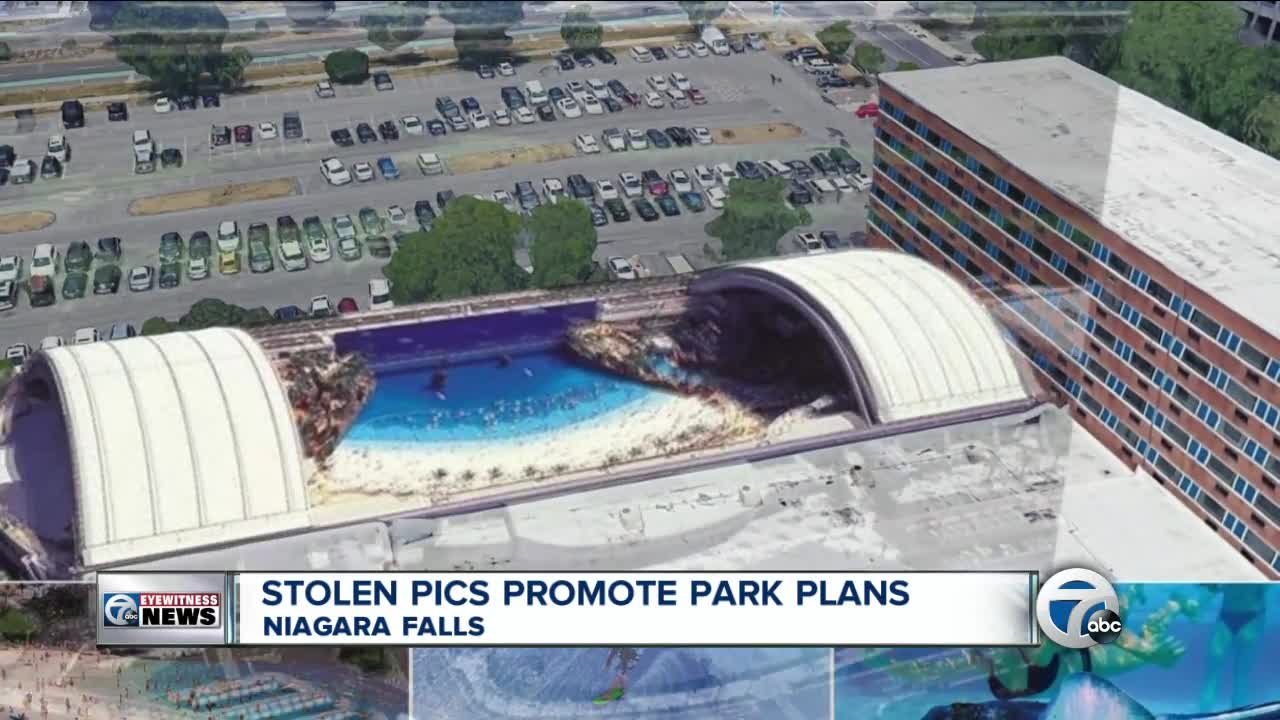 A proposed $15 million “beach and surf club” in downtown Niagara Falls has been tangled up in controversy over whether the developer “copied and pasted” artist renderings from a defunct project in Japan.

NIAGARA FALLS, N.Y. (WKBW) - — A proposed $15 million “beach and surf club” in downtown Niagara Falls has been tangled up in controversy over whether the developer “copied and pasted” artist renderings from a defunct project in Japan.

Developer Michael DiCienzo is seeking $4 million in public subsidies for his year-round surf club concept, which would be built on to his Sheraton hotel on Third Street and would include a retractable roof, a wave pool and even marine animals.

“[I’m] absolutely excited,” said Niagara Falls City Councilman Kenny Tompkins. “Can’t wait for something like this to come to fruition here in the Falls.”

But not all city officials are so receptive to the idea.

“It didn’t look right,” Mayor Paul A. Dyster said when he first saw artist renderings of the project online.

That’s because, as a quick Google search revealed, the renderings were created for a much larger project called the Seagaia Ocean Dome, which opened in 1993 in Japan and was demolished two years ago.

“It looked as though you simply took the image of this other development and photo-shopped it into the space,” Dyster said.

DiCienzo acknowledged the source of the renderings but said they were presented only for “inspirational purposes.”

As for the pictures of surfers and stingrays, he said, “I didn’t take those pictures. I don’t claim that I own those pictures. But they’re purely for inspirational [purposes]. Every project we do starts off that way.”

DiCienzo said one of the reasons he didn’t create drawings of his own is that two years ago, he spent $150,000 creating plans for a daredevil-themed waterpark in the same spot, only to have state officials turn down his proposal because of the Wonder Falls development, which remains stalled.

Other failed projects in the Falls include the Aquafalls underground aquarium project, which left a massive hole in the middle of downtown, and the Wizard of Oz theme park in Wheatfield, whose yellow brick road led to nowhere.

DiCienzo said his deal to purchase a city-owned lot for the project remains in effect from his last water park plan, but Dyster said the projects are different and therefore a new deal would need to be drawn up.

Staff and board members from the Niagara County Industrial Development Agency, which awarded DiCienzo a $2 million grant contingent on approval from the state, which he is asking to provide the other $2 million, did not respond to requests for comment.

State spokeswoman Pamm Lent said in an email, “Mr. DiCienzo has contacted USAN [USA Niagara Development Corp.] and we are in discussions.”

City leaders differ on whether the renderings for the beach club are deceptive -- and whether that matters.

“If I were shopping for a used car on Craigslist and I negotiated a price and all of that, and I show up and the car that I’m buying is not the car that was in the illustration, I’d be concerned, right?” Dyster said.

As for Tompkins, he said the rendering “doesn’t bother me whatsoever. For me, copying is the sincerest form of flattery.”