Family of man killed by Buffalo Police: "There needs to be consequences"

Family calls for "Justice for Jose" at rally 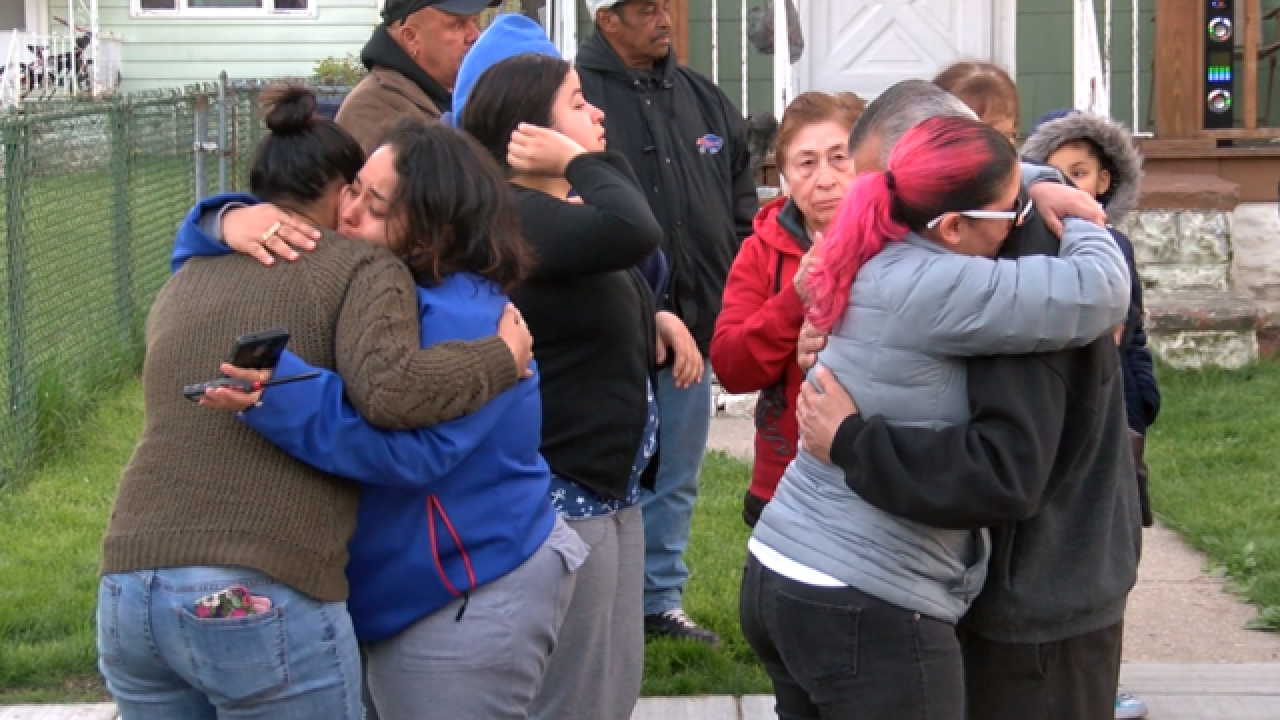 Copyright 2017 Scripps Media, Inc. All rights reserved. This material may not be published, broadcast, rewritten, or redistributed.
<p>The family of Jose Hernandez Rossy at his vigil in early May.</p> "We know he was killed and we know by who," says Katherine Garcia, the cousin of Jose Hernandez Rossy.

Hernandez Rossy was killed after a traffic stop and a fight with Buffalo Police in Buffalo's Black Rock neighborhood.

Family and friends of Hernandez Rossy held a rally in Niagara Square on Wednesday demanding "Justice for Jose."

Garcia says the family is in a legal standstill, with no new information from Buffalo Police about what happened the night Hernandez Rossy was killed.

"It's frustrating to hear people calling him a scumbag and that he deserved to die in that way," says Garcia. She says the family has had a hard time moving on and finding closure with the constant rumors about what unfolded that night in Black Rock, but no concrete facts emerging from an investigation.

"If we don't bring attention to what happened, it can just be swept under the rug and we don't want any other families to suffer the way we have, not knowing," says Garcia. She says the family's rally is to remind Buffalo Police to hold their officers accountable.

The New York Attorney General's office only would say the investigation was ongoing and wouldn't provide further updates.

"The struggle went on for several minutes across a yard, through a row of bushes and onto the sidewalk."

Torre said an eyewitness saw an officer hit Hernandez Rossy in the head with a gun before the suspect broke free and ran.

"One of the officers fired at him from behind in a kneeling position at a distance of about 3/4 of a block," added Torre.

"He doesn't know what he is talking about," said Burton.

Burton said Hernandez Rossy refused to pull over for a narcotics stop, and when he was finally blocked and approached by officers, Hernandez Rossy pulled Officer Joseph Acquino into the cockpit of his SUV and dragged him while trying to speed off.

"As the guy spiked the accelerator, he hit the right front of the police car, then careened over the street and then hit the side of a house."

Burton explained that Officer Acquino was severely injured with his ear hanging off and yelling that "He was shot."

His partner, Officer Justin Tedesco, then fired the fatal shots that hit Jose Hernandez Rossy who was fleeing the scene.

No gun has been found and there is speculation that Officer Acquino's ear was injured by an airbag that deployed following the crash.

However, Tom Burton explained that lack of a weapon doesn't change what happened because Officer Tedesco acted in accordance with the law in using deadly force to stop someone who had committed a felony crime.

§  35.30  Justification; use of physical force in making an arrest or in
preventing an escape.
1. A police officer or a peace officer, in the course of effecting  or
attempting  to  effect  an  arrest,  or  of  preventing or attempting to
prevent the escape from custody, of a person whom he or  she  reasonably
believes  to  have committed an offense, may use physical force when and
to the extent he or she reasonably believes  such  to  be  necessary  to
effect  the  arrest,  or  to  prevent  the  escape  from  custody, or in
self-defense or to defend a third person from what he or she  reasonably
believes  to  be  the use or imminent use of physical force; except that
deadly physical force may be used for such purposes only when he or  she
reasonably believes that:
(a) The offense committed by such person was:
(i)  a  felony  or  an attempt to commit a felony involving the use or
attempted use or threatened imminent use of  physical  force  against  a
person; or

"This is no different than shooting a burglar in your home late at night who refuses to surrender," said Tom Burton.

"He was a drug dealer and had good reason to run," said Burton.