How a Buffalo school is ‘building character’ 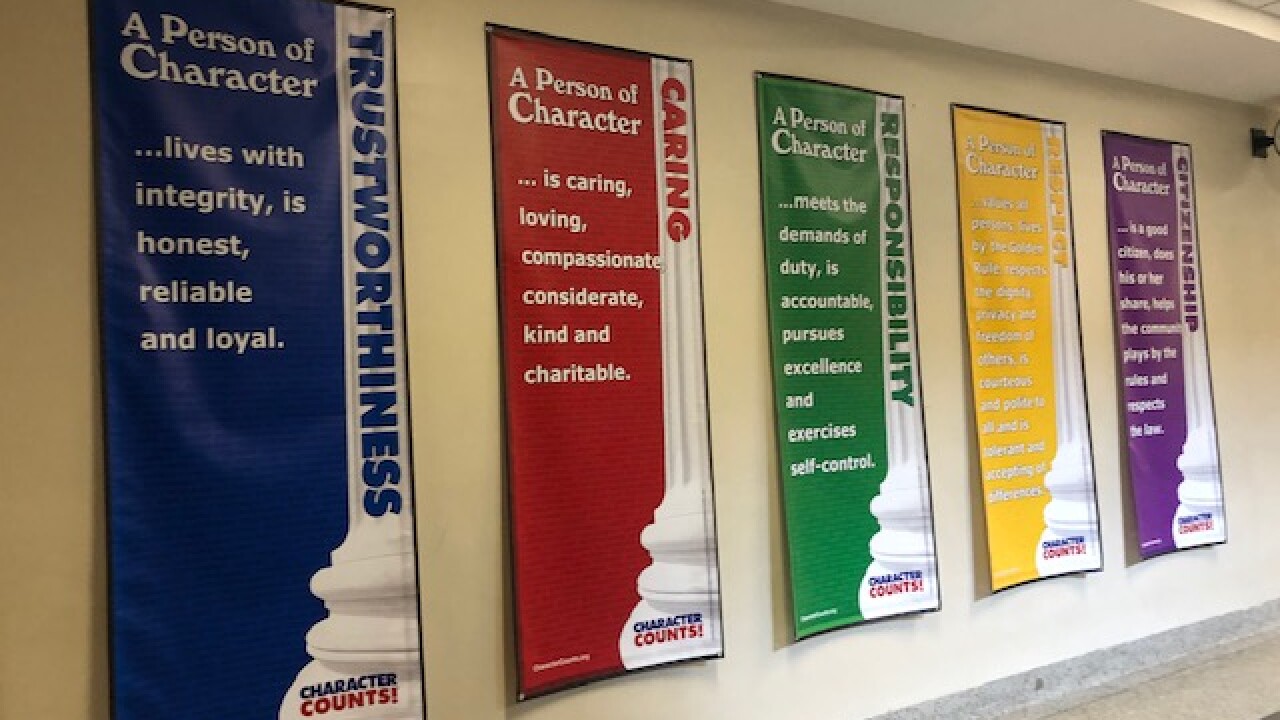 Harvey Austin School is the only school in the region to be named a ‘school of character'.

Gasbarrini says character development has been so successful, Harvey Austin is the only buffalo school to be recognized as a 'state school of character'.

Teacher Lisa Ried said the entire building is rallying around this program.

“Everybody really believes in it. It’s not just something we say, at Harvey Austin — it’s something we practice everyday and we are mindful of,” Reid remarked.

“It helps other people become a better person and it makes them be a good student of character,” said Clairborne.

Since 2015, Harvey Austin has been in receivership as a "struggling" city school. It's one of two city schools that remain under the direct supervision of the Buffalo Schools superintendent.

Principal Demario Strickland says many of his students live in poverty and come from difficult home lives. More than 600 students attend Harvey Austin in grades pre-K through 8th.

“They come to school with so much baggage. We’re just trying to make sure we keep the support available for them, so when they come to school, they know they are in a safe place and that they are allowed to be who they want to be,” Strickland noted. “We’re dealing with students with high social-emotional needs. Students that have been marginalized and continue to be marginalized.”

But the New York State Education Department (NYSED) says the school is showing 'demonstrable improvement' when it comes to student performance.

“We’re changing our story, because I want Harvey Austin to be honored in a good way in Buffalo,” said Strickland.

Strickland has been principal for about four years. He came from New York City. The principal says they're working “diligently” to change receivership status and the character building is helping students.

“One of the the things that I noticed when I got to Harvey Austin is we were almost just labeled as this bad school,” Stickland recalled.

Character building is spread throughout the school.

In the school cafeteria, students support the ’caring' project’. They are asked to conduct an act of kindness and “Be the I” in the word kind.

“I try to be a good person of character by helping other people and make sure other people trust me,” reflected Clairborne.