Buffalo voters will decide several school board seats on Tuesday

Buffalo School Board elections set for May 7th 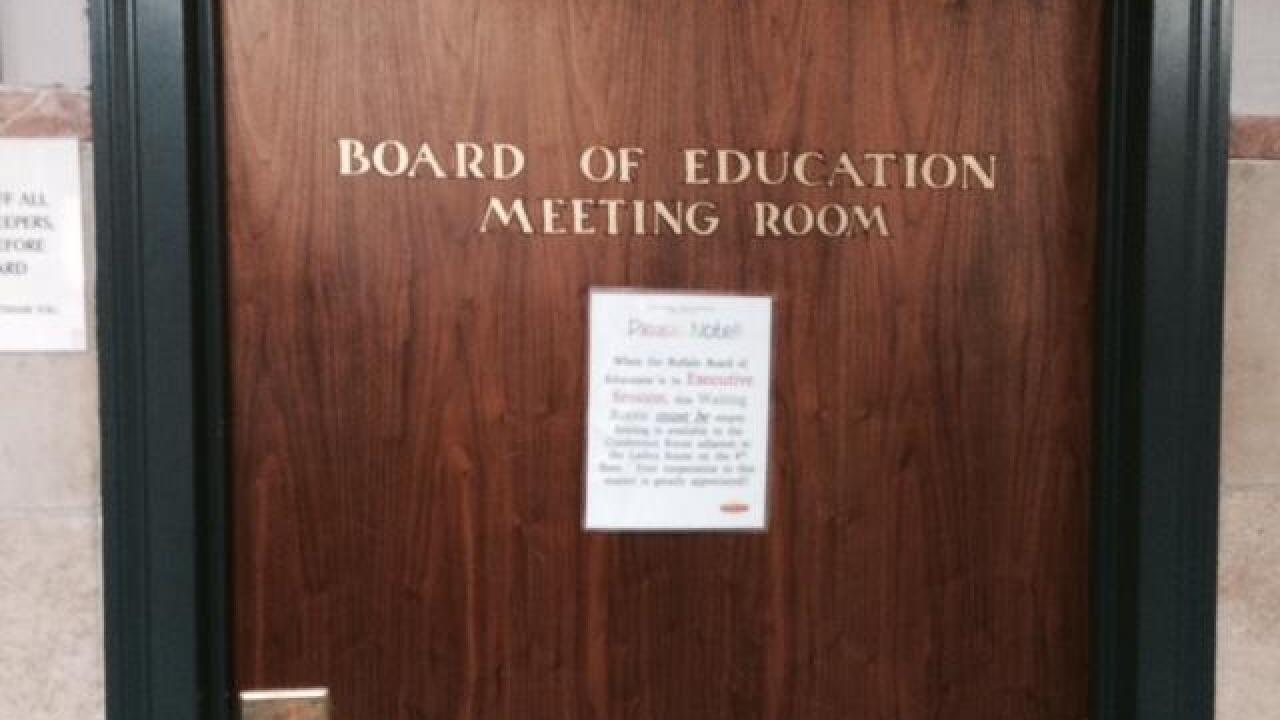 BUFFALO, N.Y. (WKBW) — In Buffalo Public Schools, all nine Board of Education seats are up for election this spring. Eligible city voters will be deciding on three at-large seats and six district seats on May 7th. 16 candidates filed their petitions by April 9th to appear on the ballot.

There are two new candidates competing for the East District seat, Patricia Elliott-Patton and Kathy Evans-Brown.

In the Park District, incumbent Louis Petrucci is facing opponent Austin Harig. Petrucci was appointed to fill the vacant seat in June of 2018 after it was vacated by Catherine Flanagan-Priore. She was appointed after Carl Paladino was removed by the New York State Education Department.

But four incumbent city school board members are running unopposed, Paulette Woods for the Central District, Sharon Belton-Cottman for the Ferry seat, Hope Jay in the North District and Jennifer Mecozzi for the West District.

The Buffalo school board serves more than 34,000 students.

The Education Trust-New York has created an extensive survey of all 16 candidates vying for a city school board seat to help navigate voters through "critical education achievement and equity issues facing the district." It is part of the For Students New York project designed to "increase public awareness and engagement across New York."

"School board members are key leaders in the fight for education equity across New York, and parents and voters in Buffalo want to know how the candidates running for the school board view critical issues,”said Ian Rosenblum, Executive Director of The Education Trust–New York. “This year’s election offers an opportunity to focus the public discussion on some of the issues that matter most in ensuring all students are prepared for a successful future.”

Locally, groups like the Buffalo Urban League the the Urban League's Young Professionals, District Parent Coordinating Council, Buffalo Center of Arts & Technology and Say Yes Buffalo have taken interest in the project, hoping to boost voter turnout for the city school board elections.

"During this year’s Buffalo school board election, all registered voters in the City of Buffalo have the right to vote in one of the most important elections of this decade for our city,” said Brenda McDuffie, President and Chief Executive Officer of the Buffalo Urban League. “The school board election is an opportunity to talk about the issues that can ensure all children receive the quality education they need and deserve for their futures, and the future of this city.”

There was pressure earlier this year to move the Buffalo School Board elections by the District Parent Coordinating Council. They proposed moving it to the new primary day this June or to the November general election to boost participation from voters, but not changes were decided.

Gabrielle Mosher is with the Buffalo Urban League Young Professionals. She serves as education chair. Mosher tells Eyewitness News they want to engage voters in the city of Buffalo and focusing on the importance of education. The organization is also working to increase voter turnout for the school board election, which can be low among eligible city voters.

The Young Professionals wanted to create the platforms for the candidate to share their vision for education with the Buffalo community.

The Young Professionals along with several other organizations included the Buffalo Urban League, NAACP Buffalo Chapter and League of Women Voters will be helping to host a candidates forum, Tuesday, April 30th, 5:30 p.m. to 7 p.m. at East Community High School, 820 Northampton Street. The candidates forum will be is free and open to the public.

The Education Trust-New York said project focuses on the following:

· Access to rigorous courses that prepare students for college and careers;
· Graduation pathways and the high school diploma;
· How to allocate resources to support the students with the greatest needs;
· Access to strong, well-supported, and diverse educators; and
· Suspensions and the school-to-prison pipeline.

You can check out responses to a number of questions by the candidates by clicking this link established by EdTrust-NY & For Students NY.

Polls open in the city of Buffalo at 6 a.m. and voting will continue through 9 p.m.

Learn more about who’s on the ballot for at-large seats by clicking their names:

You can read more about the Buffalo Board of Education elections on Ballotpedia by clicking here.