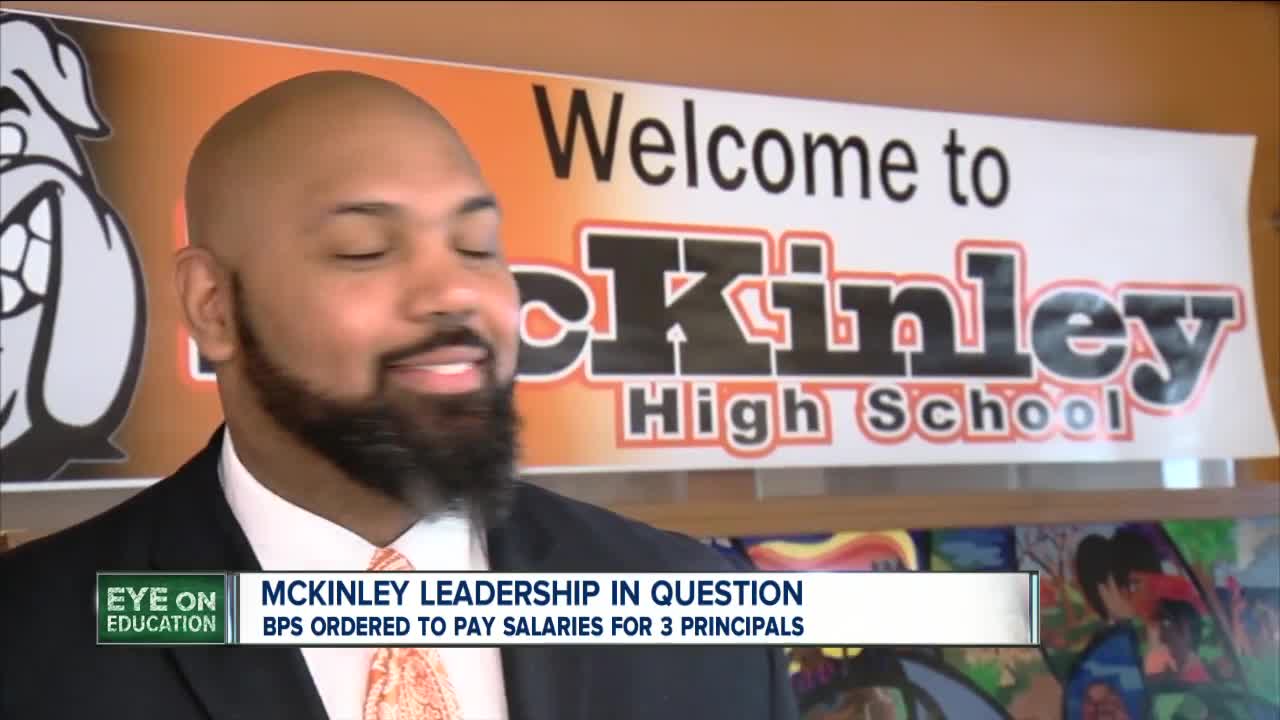 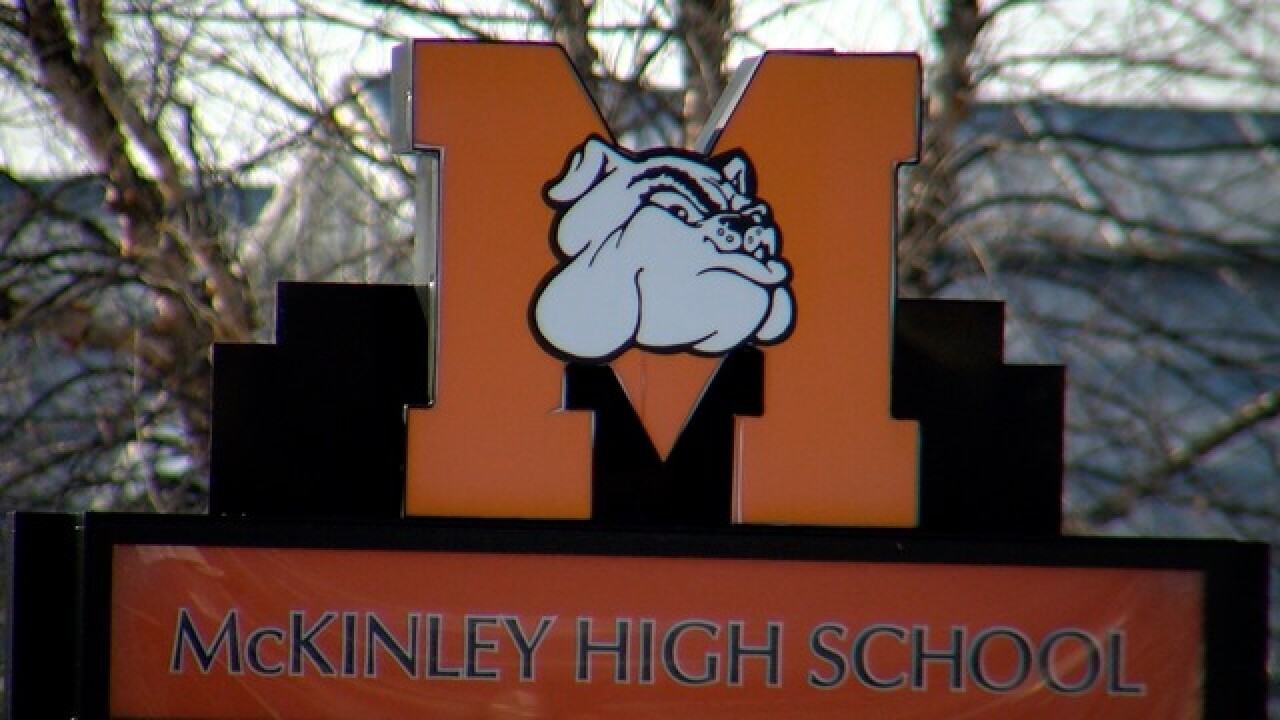 An arbitrator ruled in favor of Naomi Cerre days ago and declared she will become principal of the school effective immediately and receive back pay dating back to the 2017 school year.

That’s when McKinley’s principal Crystal Boling-Barton was placed on suspension.

Marck Abraham, an assistant principal at the time was named interim principal over Cerre — another AP at the school with more seniority.

According to council for the Buffalo Council of Supervisors and Administrators (BCSA), the principals union, it took nearly two years to settle disputes over the grievance procedures which led to arbitration being pushed back.

“Arbitrator Taylor’s decision upheld the parties’ longstanding practice to appoint the most senior Assistant Principals to Temporary Principal positions in a school building. In other words, the arbitrator’s decision simply enforces BCSA’s collective bargaining agreement. Further, one reason why the senior Assistant Principals are appointed to Temporary Principal positions is because they have more administrative experience than less senior administrators. In Ms. Cerre’s case, out of her 30 years of employment with the District, she has spent approximately 17 years working as an administrator for BPS. Thus, it is BCSA’s position that placing Naomi Cerre as the Temporary Principal of McKinley High School (as the parties’ contract requires) makes much more sense educationally than the present situation at McKinley High School. Rather than follow the contract, the District decided to place an untenured, rookie administrator as head of the school. That decision was not fair to Ms. Cerre, Mr. Abraham, the teachers or the students at McKinley.”

The arbitration ruling would make the financial commitment from BPS total near $400,000 for one position over the past 3 years.

Here’s how that breaks down:

-Boling-Barton has been on paid administrative leave since the end of the 2016-17 school year making more than $150,000.

The attorney for BPS, Nathaniel Kuzma, responded to the arbitration ruling with a statement to 7 Eyewitness News saying:

“The Arbitration decision is not educationally sound and in direct contradiction to an arbitration decision the District received in February of this year regarding substantially similar facts and issues and in which the District prevailed. The District is reviewing the most recent decision and weighing the merits of an appeal. Pending that determination, no change in administration will be made at McKinley High School.”

In January of this year, Dr. Kriner Cash, superintendent of Buffalo Public schools shared his thoughts on the leadership at McKinley in a lengthy statement release through a spokesperson for the district:

“The Buffalo Public Schools are in full turnaround mode. Due to strategic innovation within the Education Bargain, graduation rates are rising, student growth and achievement scores are rising, innovation is a hallmark attribute, and the district is providing greater programmatic access, quality, and opportunity for all students than ever before. McKinley High School under the leadership of Principal Marck Abraham, engenders this spirit of transformation as well as any high school in the city. For example, during Mr. Abraham’s principalship, the graduation rate at McKinley has increased to 84%, higher than the state average. Within this impressive statistic, the graduation rate of McKinley’s black male students, one of the largest concentrations of this population in New York state, reached 87%, more than 20 percentage points higher than the state average of 63%. Moreover, student attendance is up, teacher attendance is up, year-to-date suspensions are down, and the school’s accountability designation is poised to improve to the highest level. McKinley has also expanded its CTE programs, partnerships, and student participation rates. The district embraces the philosophy and training for restorative practices, culturally and linguistically responsive teaching, and trauma-informed care. Mr. Abraham has been examining and tracking data regarding student tardiness to school throughout the current year. In order to address an important disproportionality concern, he and his team realized that a more restorative approach needed to be taken. Mr. Abraham’s leadership style is open, collaborative, results-oriented, data-driven, and focused on solving rather than producing problems. High expectations for student achievement is at the center of his vision for the school. Regents exam performance is improving and the number and percentage of students scoring at advanced levels have increased. Stretch goals have been established for this year for Regents exams, AP exams, and day-to-day coursework. Principal Abraham communicates frequently with staff. In multiple and regular building committee meetings, no issues have come up that haven’t been resolved. The overall tenor of his communication is positive, motivating, respectful, honest, forthright, and reflective. He is a strong, calm presence in the school everyday and is hardworking and ethical; he is respectful and is respected. He is a continuous learner, self-evaluative, a change agent, driven above all by the desire to develop young people to their highest potential. Recent school climate surveys indicate that teachers and students overwhelmingly feel safe in school. In addition to feeling safe, school climate surveys indicate that high percentages of staff and students feel that there are supports in place for students that struggle, that there is good home-school communication, and that there are clear structures in place for any type of emergency. The surveys further indicate that in the main, discipline is fair, teachers feel supported, and that there is fair treatment for all students when it comes to discipline. As a result of these observable characteristics and confirmed data points, my executive cabinet and I, as Superintendent of Schools, are united in our expressed statement that we have “100% confidence in the current principal, and we commend the progress being made in all areas under his leadership.”

Cerre and Abraham declined to comment on the arbitration ruling and BCSA statement.

Also worth noting - the BCSA union president which represents both Abraham AND Cerre - happens to be Crystal Boling-Barton.