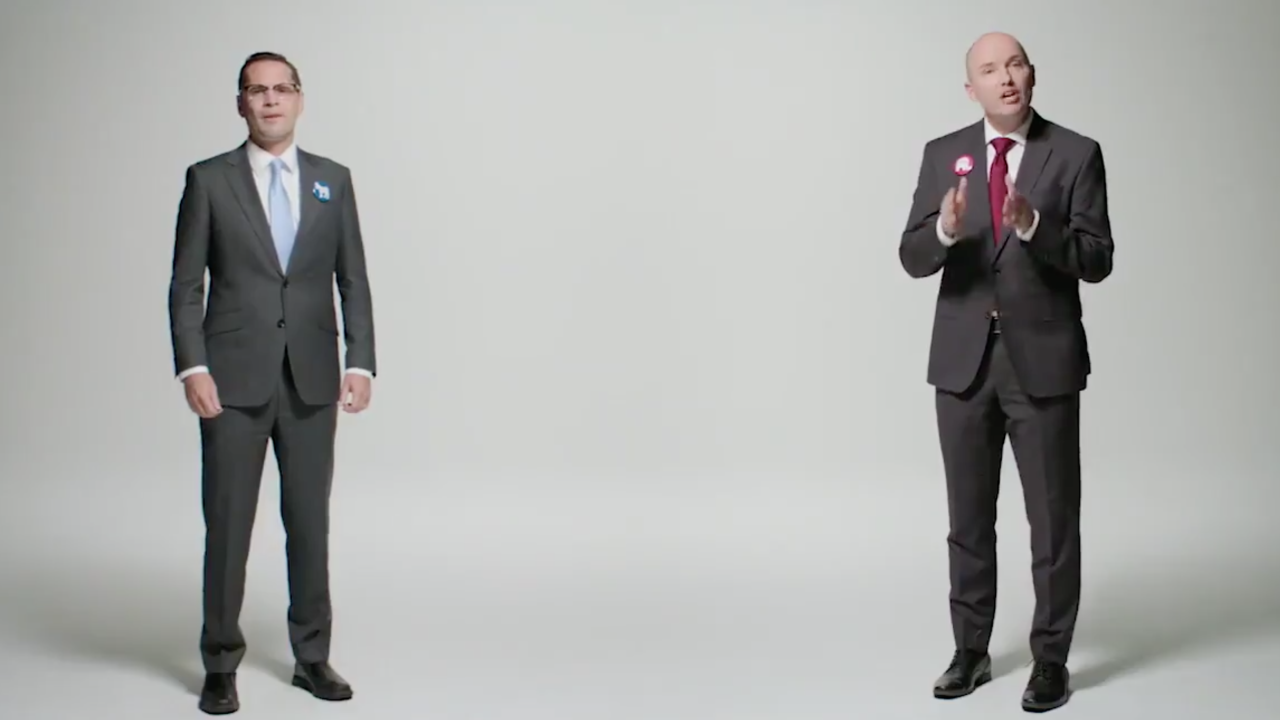 Amid a venomous political atmosphere, the two leading candidates for governor in Utah are making it a point to be civil in the final weeks before the election.

Republican Spencer Cox and Democrat Chris Peterson stood side by side in a pair of public service announcements intended to tone down the political rhetoric. Cox, the state’s current lieutenant governor, is largely considered the frontrunner to win the race.

“We can debate issues without degrading each other’s character,” Peterson said in the 30-second ad. A longer 60-second announcement was also filmed.

“We can disagree without hating each other,” Cox added.

“Win or lose, in Utah, we work together,” Peterson added.

The two candidates concluded the advertisement with, “We approve this message.”