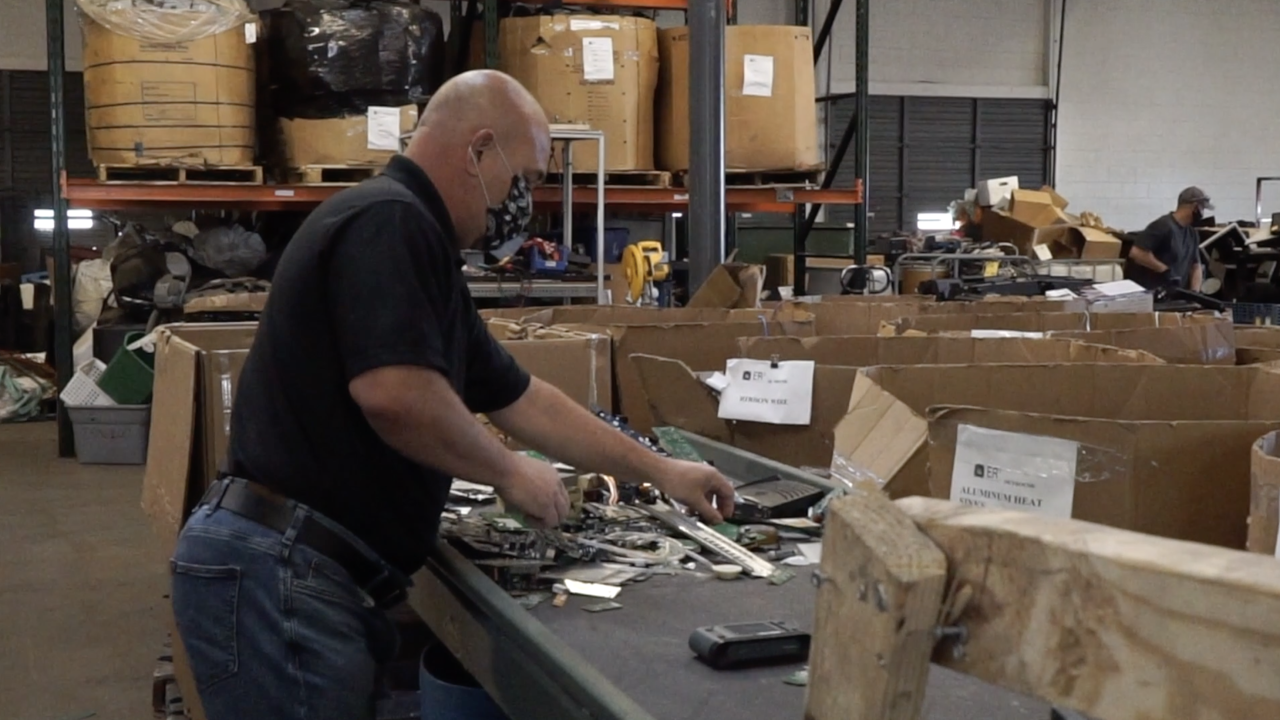 In a survey of 1,000 small business owners conducted by the US Chamber of Commerce, 57% ranked the economy as the first or second most important issue influencing their vote in the 2020 Election.

With 30.2 million small businesses in the US, according to 2018 US figures, these voters make up a significant chunk of the electorate.

“Small businesses provide so much to our economy,” Pete Mikulin, CEO of 3R Technology Solutions said. The company focuses on electronics recycling and data destruction.

Many are not sure what the future holds.

“Your plans go out the window,” Mikulin said. “So you deal with it everyday, day by day, and it’s survival.”

“There’s concern of the small businesses that not enough attention is being paid to them in Washington, that Washington is looking at some of the bigger items in the election and they’re forgetting about the fact that small businesses is the major driver of our economy,” Mac Clouse, business expert for over 40 years and professor at University of Denver, said.

“The stock market is a general indicator of what's going on with stock prices, and stock prices are usually reflective of your larger firms, firms that are publicly traded,” he said. “That really doesn't measure what's happening with the mom and pop businesses, the small businesses. The only way we know how they’re doing is to ask them.”

Of those surveyed, 78% said the economy was “average," “somewhat average," or “very poor” in August.

“When you have people saying the stock market is doing great but 78% of business owners are saying the opposite, clearly there's a breakdown, not in what's being discussed, but what is meaningfully being discussed and taken action on,” Carlin Walsh, Owner and CEO of Elevation Beer Company, said.

His business was impacted by shutdowns and restrictions.

“Total, our revenue was cut 60% for what we normally would be,” he said. “I am not comfortable with what the next three to four months brings, so because of that, we've been putting more money than usual into savings.”

Without the same safety net some of the larger companies have, small businesses are taking things day by day.

“For them, what’s important is what’s going to happen in the next three to six months,” Clouse said.

Many are waiting to see if they’ll see any help from the government. Surveys from the U.S. Chamber of Commerce show a majority of small business owners are more interested in the 2020 election compared to 2016.

“We need our elected leaders to come together and provide targeted relief to the industries of small businesses that have been most deeply impacted, and that doesn't necessarily mean financial help although that's required as well,” Mikulin said. “All we’d like to do is keep our doors open and people employed. That’s it. That’s all.”