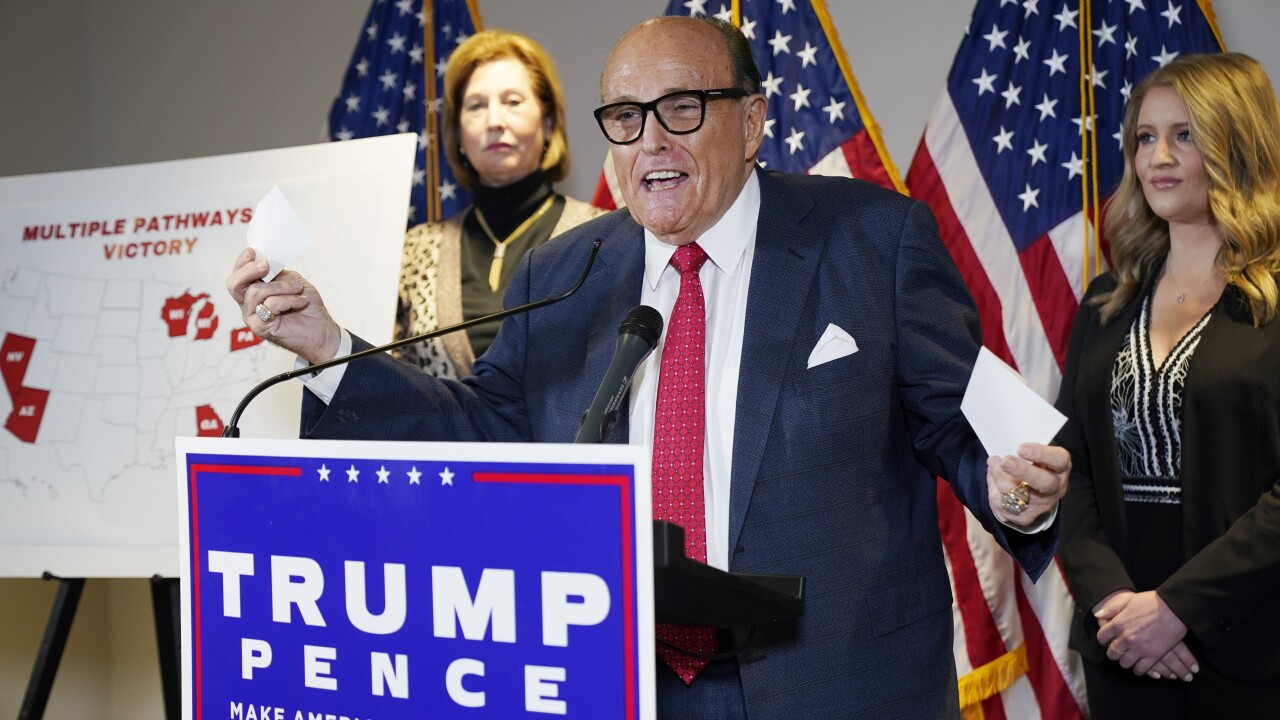 WASHINGTON (AP) — President Donald Trump and his allies are taking what appear to be increasingly frantic steps to subvert the results of the 2020 election, according to law scholars, including summoning state legislators to the White House as part of a longshot bid to overturn Joe Biden’s victory.

Trump also has personally called local election officials in Michigan who are trying to rescind their certification votes in Michigan.

His legal team has suggested that a judge order Pennsylvania to set aside the popular vote there. And his allies are pressuring county officials in Arizona to delay certifying vote tallies.

During a press conference Thursday, the president's personal attorney, Rudy Giuliani, who is working on the campaign's lawsuits, made accusations of voter fraud in a handful of states, and seemed to suggest officials in several big cities were working together.

"It’s not a singular voter fraud in any one state. There is a pattern in several states," Giuliani said. "To any experienced prosecutor, it would suggest that there was a plan." However, he did not give any evidence or further details about what led him to believe there was a "plan," other than baseless statements that the cities had "a history of corruption."

“It’s very concerning that some Republicans apparently can’t fathom the possibility that they legitimately lost this election,” said Joshua Douglas, a law professor at the University of Kentucky who researches and teaches election law.

“We depend on democratic norms, including that the losers graciously accept defeat,” he said. “That seems to be breaking down.”

Election law experts see this as the last, dying gasp of the Trump campaign and say there is no question Biden will walk into the Oval Office come January.