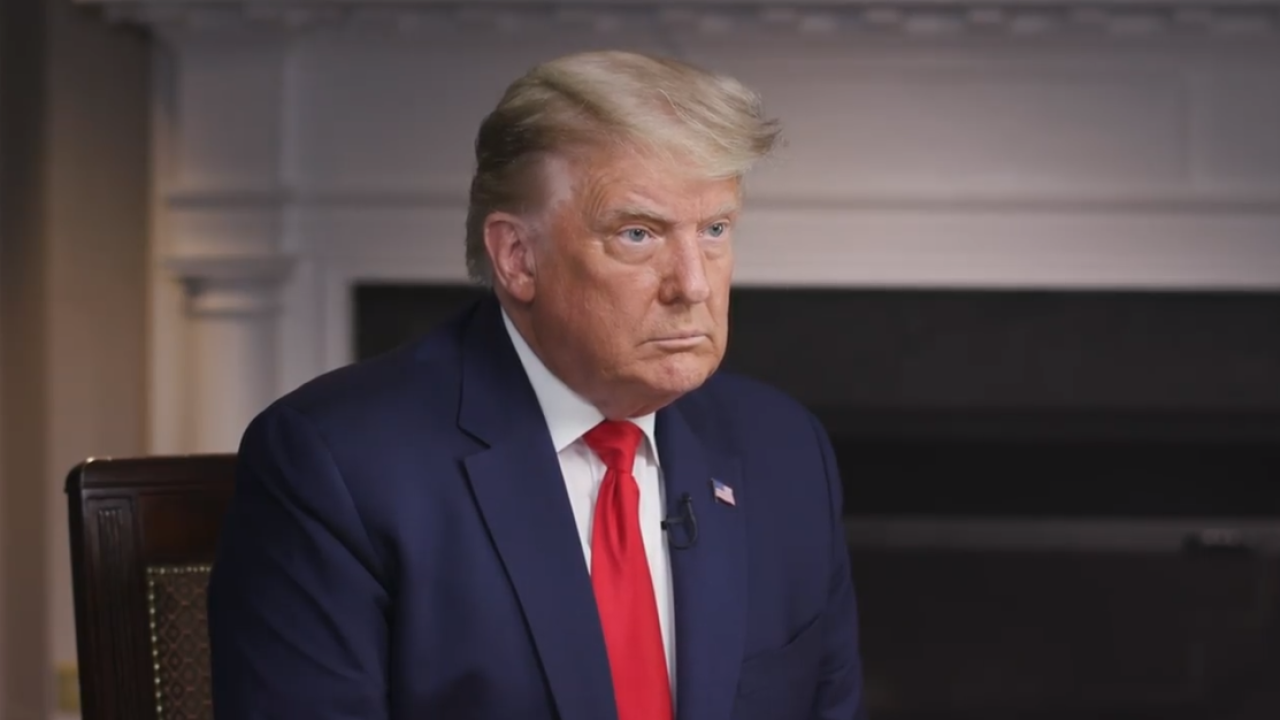 President Donald Trump released a 37-minute long video showing his interview with Lesley Stahl taped earlier this week for 60 Minutes. Trump walked out of the interview and didn’t return for a planned section with Vice President Mike Pence.

The video, posted to Trump’s Facebook page, shows Trump growing increasingly prickly as anchor Lesley Stahl presses him on the coronavirus pandemic, his slipping support with suburban women and other issues.

The “60 Minutes” interview starts on a tense footing as Stahl asks the Republican president, “Are you ready for some tough questions?” It only grows more testy.

Trump says, “that’s no way to talk." He later comments, “You’re so negative.”

After about 36 minutes, someone interrupts telling the president and Stahl they have about five minutes before the vice president will join them.

He then points to someone off camera and says “let’s meet for 2 seconds” before standing up and leaving.

In response to Trump releasing the video, CBS issued a statement saying "60 Minutes" will go ahead with their plans to air the interview as planned as part of their election coverage.

"The White House's unprecedented decision to disregard their agreement with CBS News and release their footage will not deter 60 MINUTES from providing its full, fair and contextual reporting which presidents have participated in for decades," the statement from CBS reads.

The interview was taped Tuesday at the White House. Following his departure from the interview, Trump tweeted, “I am pleased to inform you that, for the sake of accuracy in reporting, I am considering posting my interview with Lesley Stahl of 60 Minutes, PRIOR TO AIRTIME! This will be done so that everybody can get a glimpse of what a FAKE and BIASED interview is all about.”

Stahl was doing the interview as part of a story planned to air Sunday, October 25. The piece is to include interviews with both presidential candidates and their running mates.