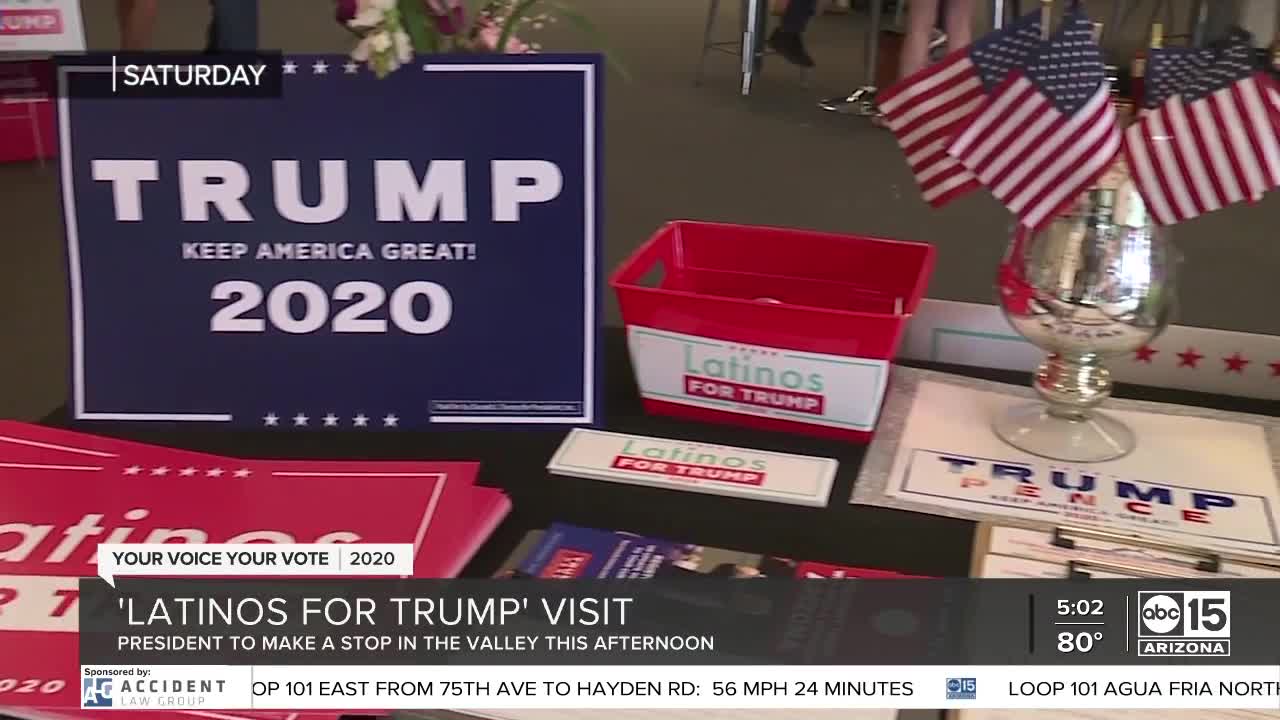 President Trump will be attending a roundtable event for "Latinos for Trump." 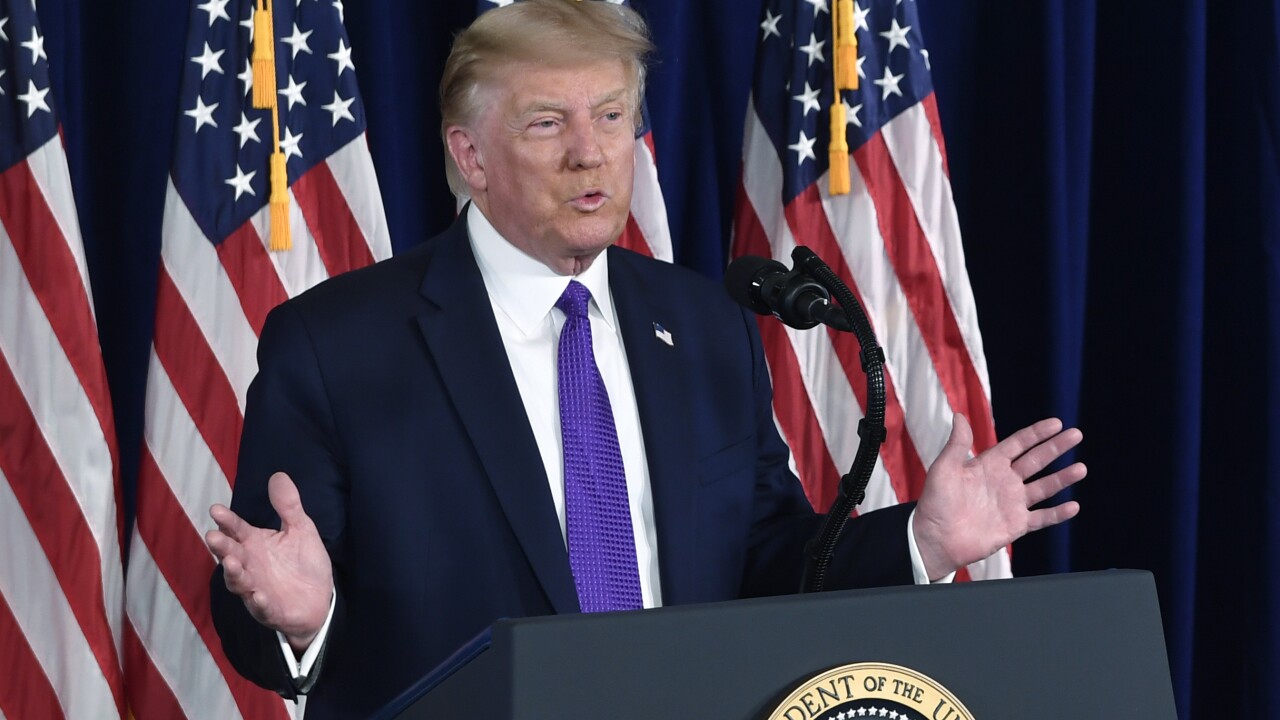 President Donald Trump has arrived in Phoenix for a "Latinos for Trump" roundtable.

The roundtable will take place at The Arizona Grand Resort Monday at around 3 p.m. The event page originally stated it was supposed to begin at 11 a.m., but the event was rescheduled Saturday afternoon.

Watch live coverage of President Trump's visit in the player below.

Trump last visited Phoenix in June, where spoke at a "Students for Trump" event in north Phoenix.

Vice President Mike Pence will be participating in multiple events in Phoenix Friday as well, according to White House officials.

Both the Trump and Biden campaigns are increasing their outreach to Latino voters, who now make up the largest minority group in the U.S. and represent 24% of all eligible Arizona voters, according to the Pew Research Center.

The Arizona Republican Party said Sunday, thanks to three community centers in Phoenix, Tucson and Yuma in Latino neighborhoods, the GOP has been able to connect with countless voters through a volunteer team of more than 1,100 people.

Pam Kirby, who serves on the Latinos for Trump advisory board, told ABC15 their message is getting through to voters who have historically voted for Democrats. She believes Trump's platform aligns with those voters' values of faith, family and freedom along with job and economic security.

"Latinos are getting back to work and they felt money in their back pockets pre-coronavirus, and post-coronavirus we're already starting to see the 'great American comeback,'" she told ABC15 on Sunday.

Still, Congressman Ruben Gallego (D-AZ) sees a different result, calling Trump "the worst President when it comes to Latinos in the history of Arizona."

"We have been disproportionately impacted by COVID-19 due to this President's handling," he said. "Small businesses, small Latino businesses, have been shuttered because the President did not handle the coronavirus correctly."

This story was first reported by KNXV in Phoenix, Arizona.