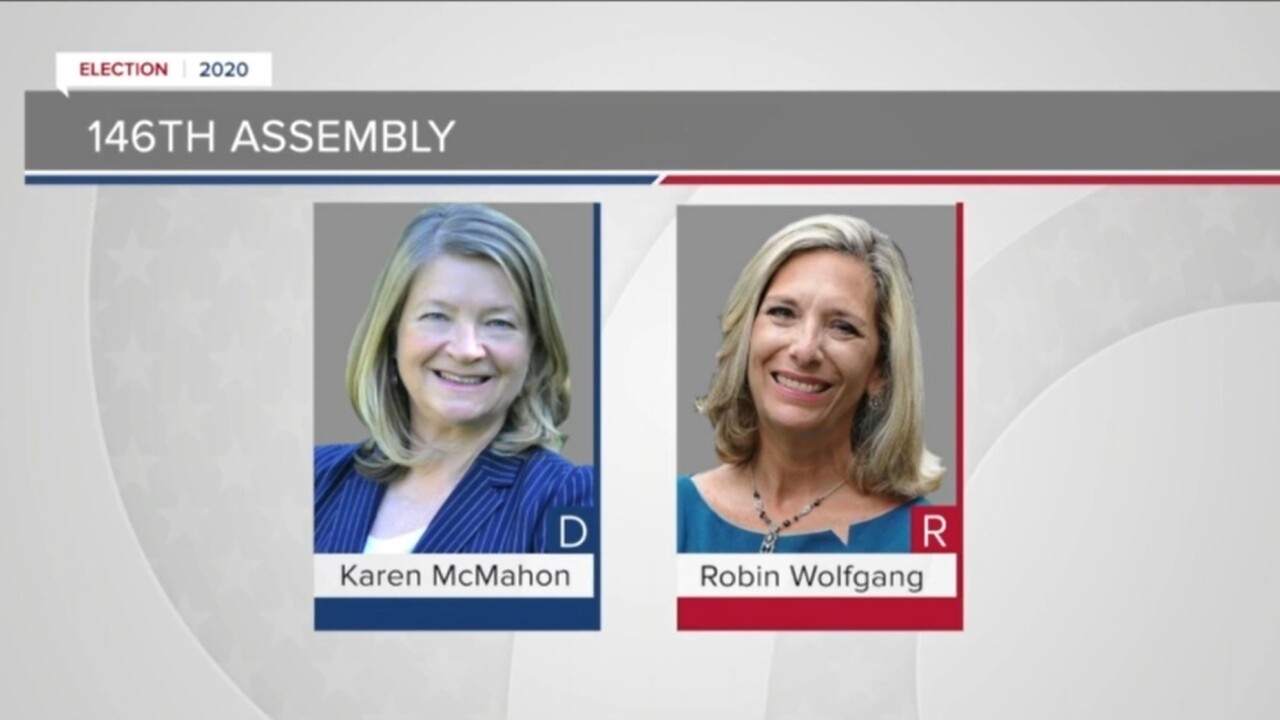 The Erie County Board of Elections reports "the current unofficial vote totals stand at 36,266 for incumbent Democrat Karen McMahon, 27,369 for Republican Robin Wolfgang, and 707 for Green Party candidate Ruben Cartagena Jr. Of the 16,593 absentee ballots counted, McMahon received 11,358 to Wolfgang’s 4,171 and Cartagena’s 203. (The absentee total includes 7 write-ins and 854 over and under votes.)"

McMahon released a statement which said in part:

“I’ve just been informed by the Board of Elections that, following the counting of absentee ballots, I have prevailed in my race for re-election to the New York State Assembly in the 146th District. I am incredibly humbled by the trust the people of Amherst, Williamsville, and Pendleton have placed in me, and I’m grateful for the opportunity to represent them in the Assembly for another term."

According to the Erie County Board of Elections, the results are not final until all remaining votes are counted and the races are certified. There are 519 valid affidavit ballots left to be counted.