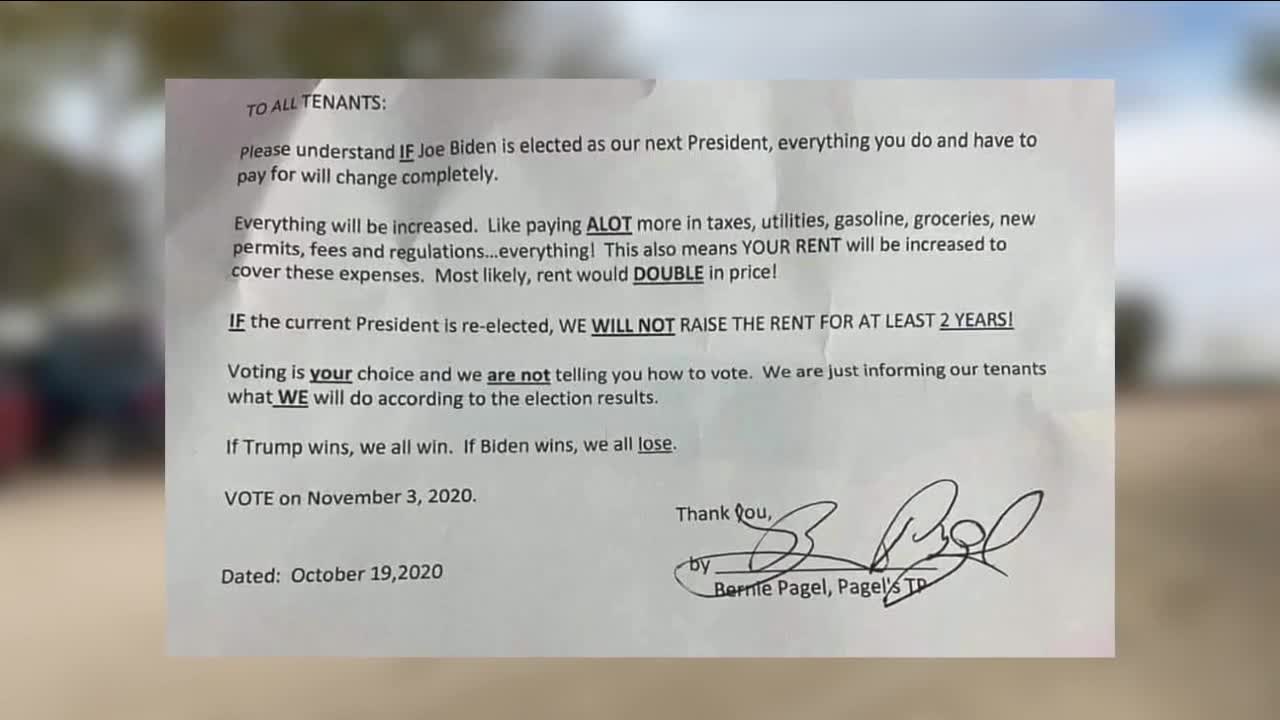 Tenants at a Fort Morgan trailer park say their landlord is telling them how to vote and threatening them with a rent hike if the election doesn't go his way. Denver7 Investigator Jennifer Kovaleski has more. 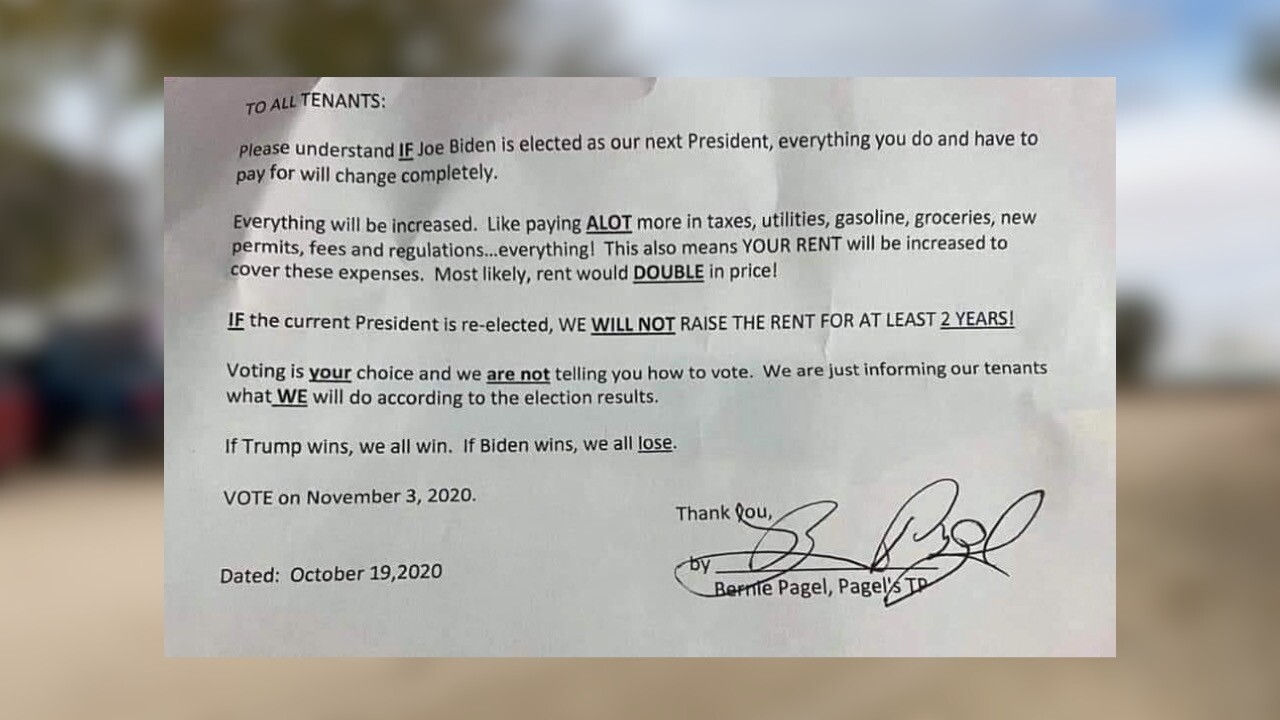 FORT MORGAN, Colo. -- Tenants at a Fort Morgan, Colorado, trailer park say they came home to find a letter from their landlord threatening to increase their rent if Joe Biden wins the election.

Please understand if Joe Biden is elected as our next president. Everything you do and have to pay for will change completely.

Everything will be increased. Like paying A LOT more in taxes, utilities, gasoline, groceries, new permits, fees and regulations … everything! This also means your rent will be increased to cover expenses. Most likely, rent would double in price!

If the current president is re-elected, we will not raise the rent for at least two years.

Voting is your choice and I’m not telling you how to vote. We are just informing our tenants what we will do according to the election results.

Cindy Marquez said her landlord, Bernie Pagel, signed the letter, which was left on her fence and dated October 19, 2020.

It happened at Pagel Trailer Park off County Road 19 in Fort Morgan.

Despite the line at the end telling tenants voting is their choice, Marquez said she viewed the letter as a threat and called it a form of voter intimidation.

“It really is intimidating people,” she said. “If this does happen, these are gonna be your consequences.”

The Colorado Secretary of State’s Office said it has received a complaint about it, which was forwarded it to the Attorney General.

A spokesman for the AG’s office said it cannot comment on existing investigations, but Phil Weiser tweeted in September that “any voter intimidation is a crime and will be prosecuted.”

Denver7 stopped by Pagel’s office at the Fort Morgan trailer park and no one answered the door.

“Something has to be done because if he were to implement this, I don’t know what we’d do … honestly,” Marquez said. “What are we going to do if he does double it? We live paycheck to paycheck.”

This article was written by Jennifer Kovaleski for KMGH.