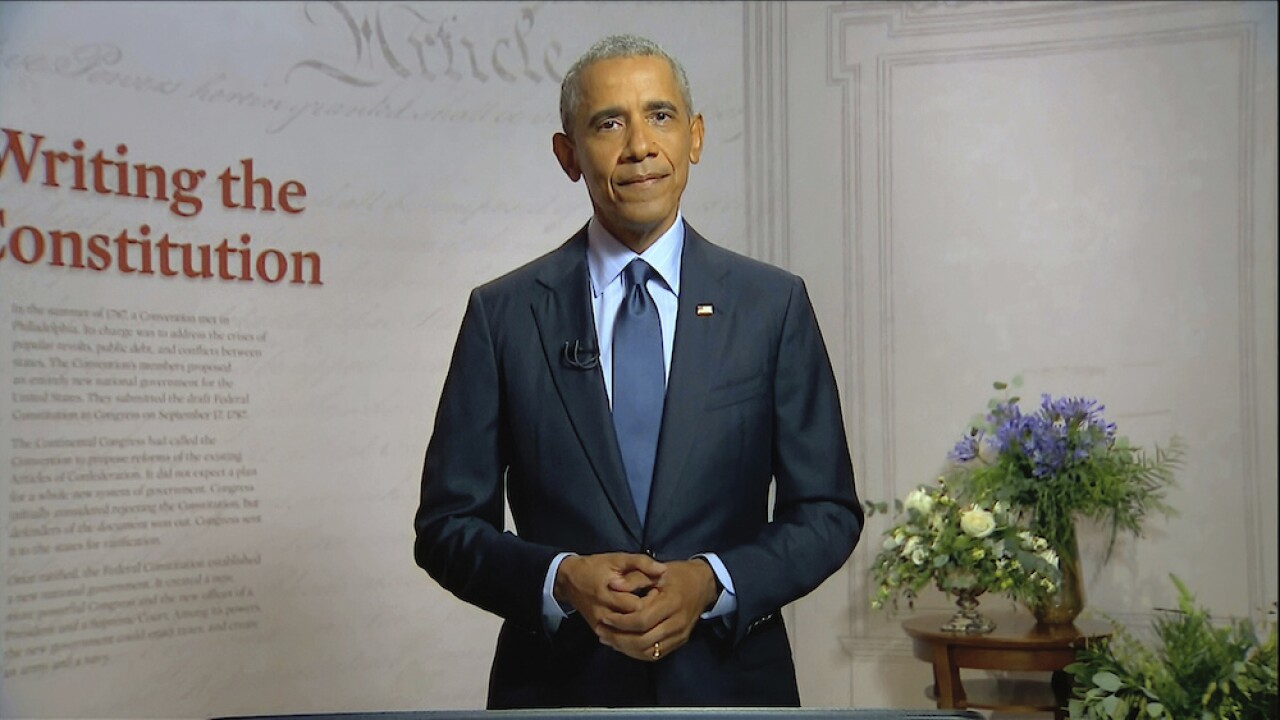 Thirteen days before the 2020 presidential election, former President Barack Obama arrived on the campaign trail in the Keystone State of Pennsylvania on Wednesday to lend a hand to his former Vice President Joe Biden.

The stalwart and arguably most popular figure of the Democratic Party is hoping to lend his esteem among Democrats to push them to the polls for Biden. Opinion polls are showing a slight lead for Biden in Pennsylvania, and the state could end up being the keystone to reaching 270 Electoral College votes.

Obama delivered a fiery rebuke of President Donald Trump, going after his leadership amid the coroanvirus pandemic, and his plans to eliminate the Affordable Care Act.

"Where is this great plan to replace Obamacare? They’ve had 10 years to do it. There is no plan," Obama said.

Pennsylvania played an important role in 2016 in sending Trump to the White House; Trump won the state by .6%. Trump was the first Republican presidential candidate to win the state since 1988, but the state has been hotly contested in tight elections. In 2004, John Kerry won Pennsylvania by just 2%, while Al Gore won the state by 4% in 2000.

Due to the coronavirus, Wednesday’s rally was a drive-in, with supporters socially distanced.

Joining Obama was a number of prominent Philadelphia-area Democrats, including Gov. Tom Wolf.

The Biden campaign announced late Wednesday evening that Obama will once again be back on the campaign trail on Saturday with a visit to Miami.

While Biden took the day from the campaign trail to prepare for Thursday's debate, Trump campaigned in North Carolina.