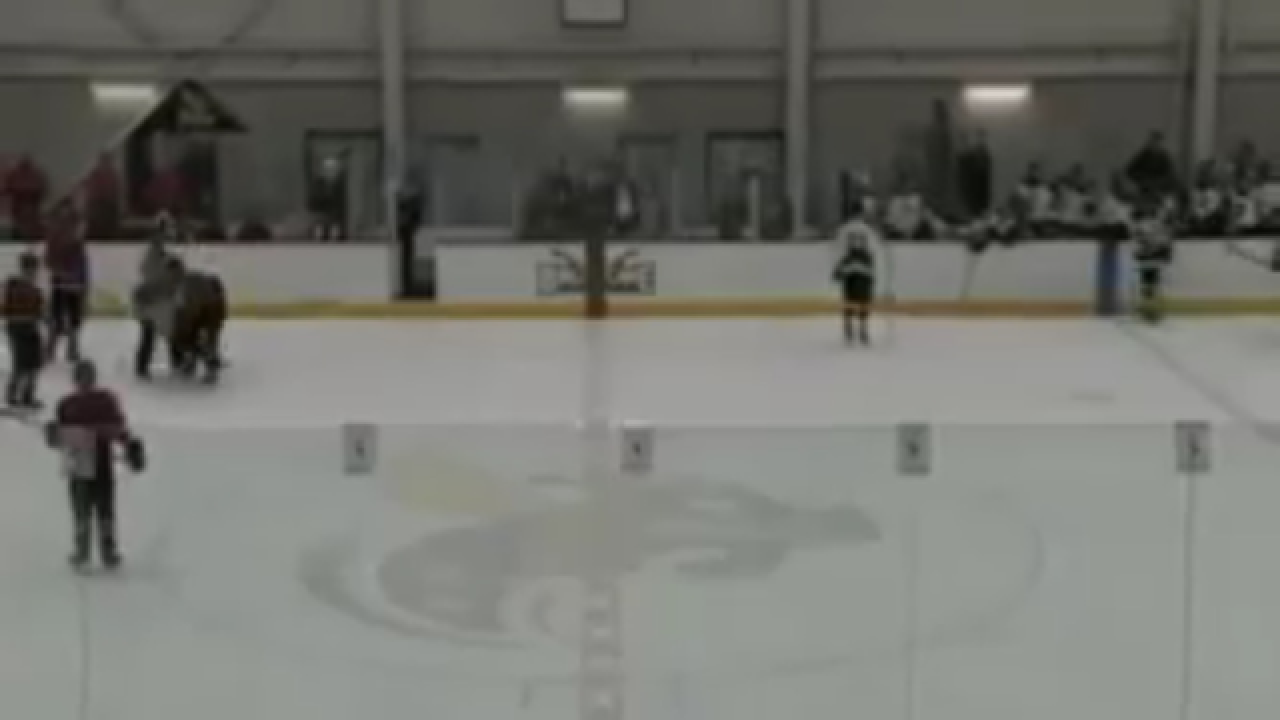 SUNY Broome Police are investigating an incident in which an Erie Community College hockey player is seen on camera attacking a referee.

Day is suspended from E.C.C. pending further review by the school. There is not timetable for his return at this time.

The incident happened in the final seconds of the National Junior College Athletic Association [NJCAA] championship game between  E.C.C. and Dakota College.  With the game coming to an end and E.C.C. trailing, Brandon Day, a freshman, stormed out of the penalty box and took a 62-year-old referee to the ice. He was charged with a ten-minute match penalty for abusing an official.

Day was immediately ejected from the game and sent to the locker room and is accused of damaging the room while detained, according to a spokesperson from SUNY Broome.

The game was called after the incident occurred and Day was taken into custody by the SUNY Broome Police.

According to SUNY Broome, Day is facing charges of harassment, disorderly conduct and criminal mischief. Additional charges are possible. Day was released to his father and issued appearance tickets for Town of Dickinson Court on March 21.

Erie County Executive Mark Poloncarz tweeted "President Quinn [E.C.C.] advises me the player was charged with assault and will be dealt with under school rules/policies/procedures."

In a statement to 7 ABC, Mark Krug, the Assistant Executive Director of the NJCAA said:

"The NJCAA national office has been made aware of the incident that occurred during its hockey championship game and will take all necessary steps to gather as much information from tournament officials and local authorities regarding violations to the association’s sportsmanship code. This type of behavior will not be tolerated in the NJCAA.”

President Quinn saying, "The act of one player is in no way indicative of our mission as an educational institution, and it does not personify the cordiality and dedication to service instilled in our student body."

Police tell 7ABC that this is still an on-going investigation.

There's no doubt that Western New York is a hockey town, and for hockey parents, this type of behavior sets an unacceptable president.

"As a parent, you have to always be involved. You have to talk to your children all the time about it," said Allison Louvullo. "You have to be encouraging you can't be yelling at them when they make bad plays. that only fuels the aggression."