"We are kind of at a stronghold" 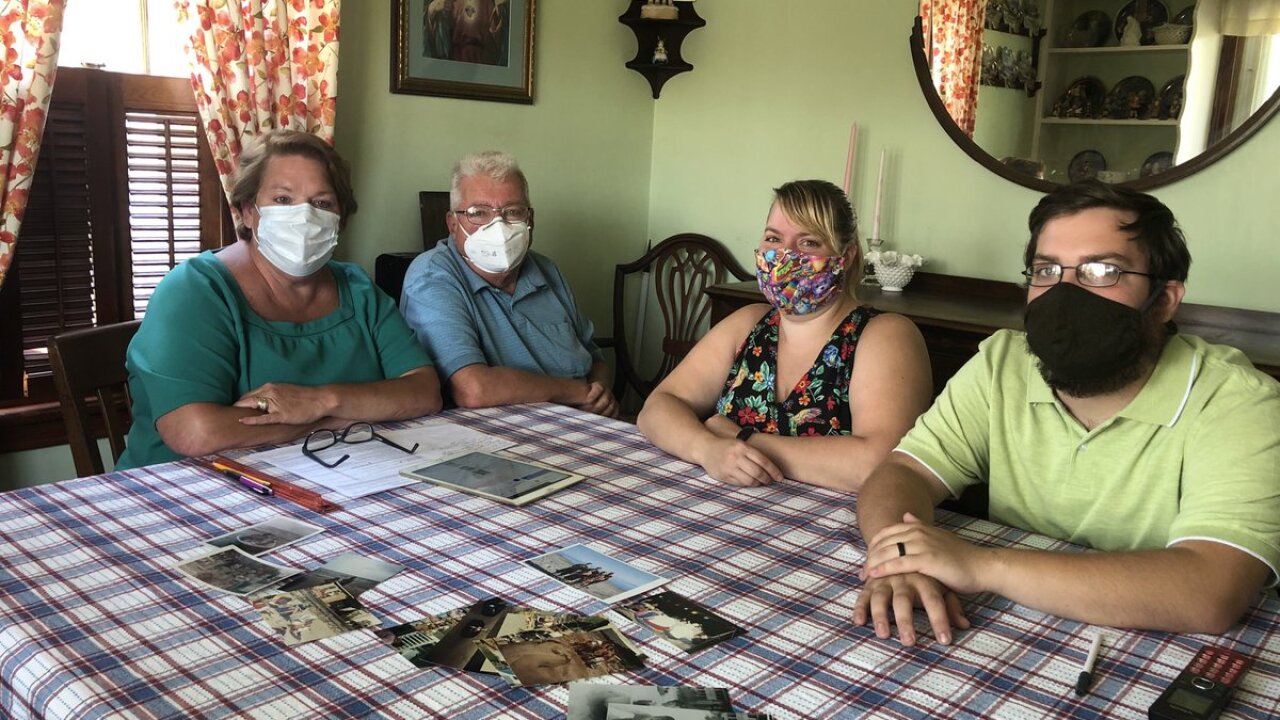 Eileen Buckley
The Snyder family of Kenmore waiting for border to reopen.

KENMORE, NY (WKBW) — Many Western New York families have a long-time legacy of crossing the Peace Bridge into Canada to stay at summer cottages and trailers.

But the travel ban allows for only essential travel and visiting family and remains in effect at least until July 21.

That has caused a big dilemma for a group of about 25 Western New Yorkers who rent at this spot at the Long Beach Resort located west of port Colborne, Ontario.

The border restrictions are preventing them from retrieving items from their summer homes.

"We are kind of at a stronghold. None of us know what to do,” said Elizabeth Snyder, Kenmore resident.

Snyder says she started going to long beach resort in Ontario with her family in 1964.

She and husband, Gary, continue the tradition, renting a spot for their trailer to enjoy the beach with their kids for the last 23-years and now their daughter also has her own trailer at the resort.

But at the end of last season a Toronto-based company bought the resort and significantly raised rental costs.

The Snyder’s and more than 20-others decided to leave this year because it's too costly.

Long Beach Resort is asking them to move their trailers and belongings out by July1st.

But with the pandemic travel over the Peace Bridge is not possible.

“And we can not get over the border to collect are belongings — our trailers — our belongings,” explained Mrs. Snyder.

“It isn't just a simple go and throw a couple of boxes in the back of the car and call it a day,” remarked Mr. Snyder.

“If we go across the border — we lie and we're caught — there are fines and repercussions,” said Mrs. Snyder.

The resort has offered to pack up belongings and put them in storage. Families would have to foot the bill.

“We’ve got our trailer. My daughter has her trailer and then we have an outside storage shed,” said Mr. Snyder.

But the Snyder’s say they are not willing to let someone pack up the years of summer memories.

“They would have to enter, break into our trailers and honestly a lot of us don't feel that they would be careful with our personal belongings and treat them with respect,” Mrs. Snyder remark.

7 Eyewitness News contacted the long beach resort for comment. A man, who only identified as Tommy, said he would have to quote "consider what kind of a response is going to be provided", but never called back.

“I don't have a problem leaving because it's their business — I understand that, but be reasonable that legally we can't cross the border,” said Mrs. Snyder.

The Canada Border Service Agency declined an interview and explained the border restrictions continue for the safety of the public.

The Buffalo Office of U.S Customs and Border Patrol told me the families would have to hire someone to transport their personal items back into the United States.