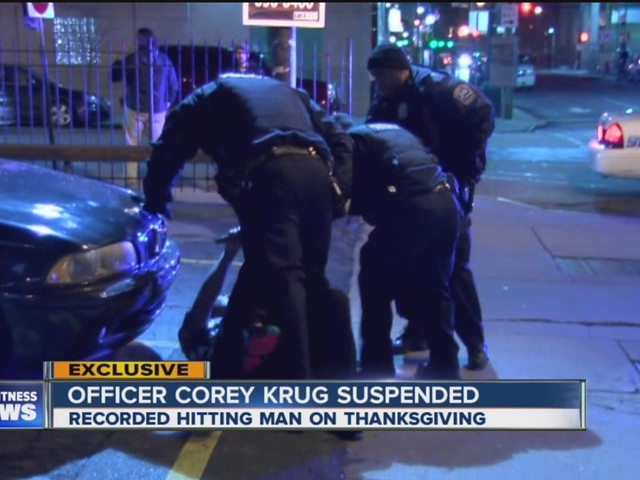 Buffalo Police are investigating the officer, who used his night stick, to hit the man on the ground. 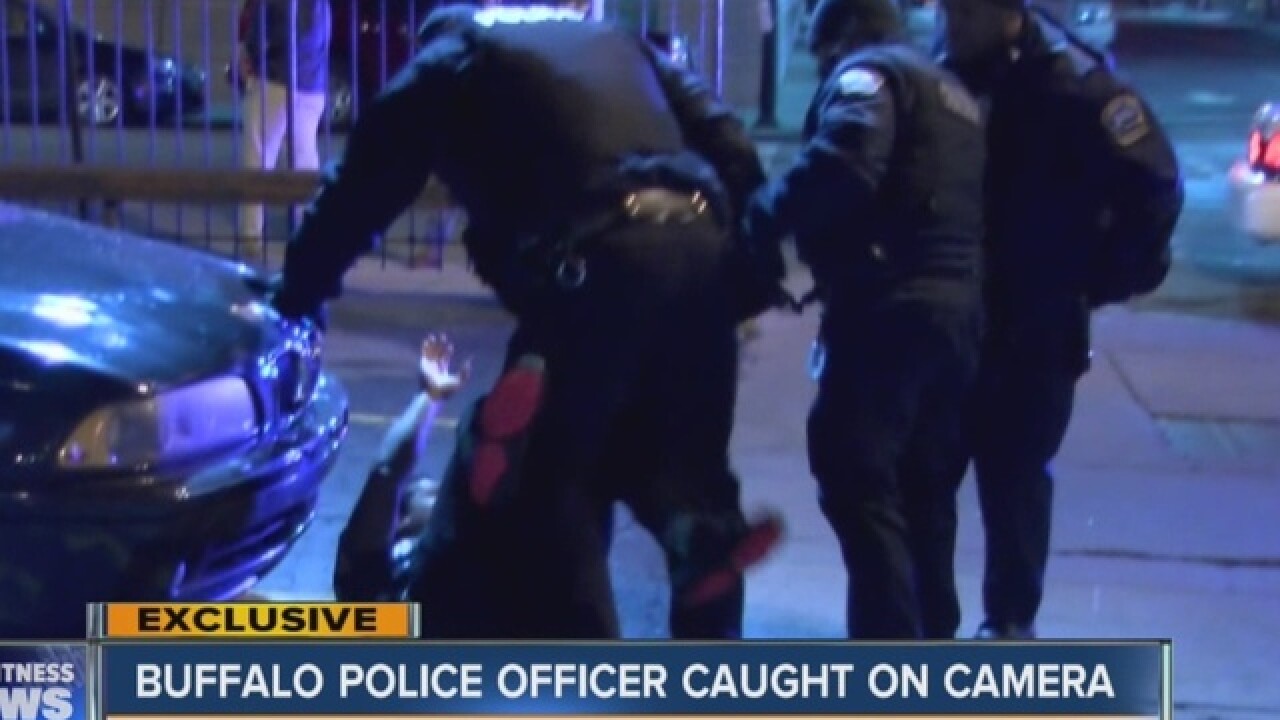 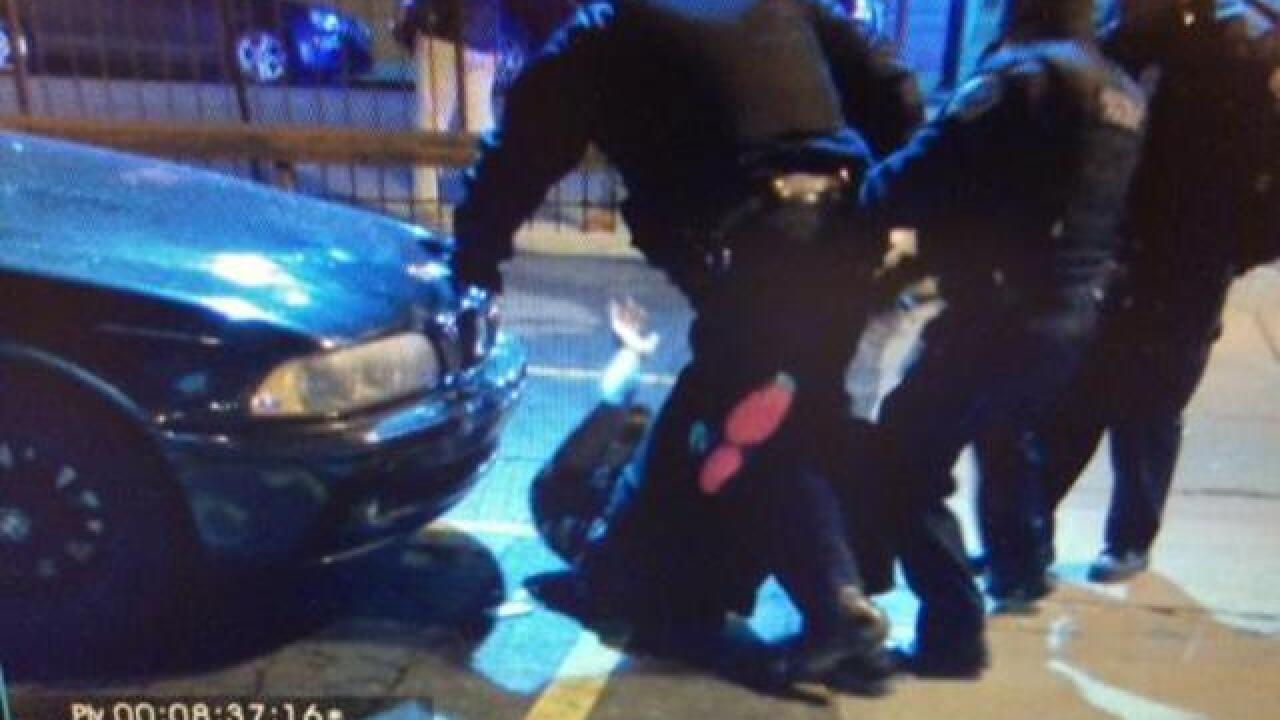 Buffalo Police Officer Corey Krug was caught on camera by one of our 7 Eyewitness News Photographers, hitting a man with his baton, early on Thanksgiving morning.

Krug is off the job and is suspended without pay.  Police are looking into the video and what Krug is recorded doing.

While it's unclear if or when he'll return to work, we're told this is just the beginning of the process, now that the video has become public.

With his nightstick in hand, Officer Corey Krug stormed down Chippewa Street, early Thanksgiving morning.  Video shows him going to confront a man, who was seemingly about to get into a fight.  But confrontation quickly turned physical.

Officers rushed to the scene.  Krug told the man on the ground to get up.  The officer winds up and swings his baton again.

Those officers who rushed to the scene told Krug he was being recorded on camera.  It was our photographer who was documenting the altercation.  He was following police officers on the job, when he saw Officer Krug hitting the man and then letting him walk away.

"They're telling this guy to walk away so apparently he did nothing," said Daire Irwin.  Irwin is an attorney with the New York Civil Liberties Union.

Irwin says in a situation like this, police officers would normally charge someone with something.  In this case, there was no arrest.

7 Eyewitness News has learned the man, who has been identified but did not want to speak on camera, has retained a lawyer.  It's likely the man will file a lawsuit alleging civil rights violations after the video became public.

After 7 Eyewitness News showed the tape to the Buffalo Police Commissioner Dan Derenda, Krug was suspended without pay indefinitely.

Derenda says he's reached out to both the FBI and the US Attorney's Office, for a possible investigation into civil rights violations.  The police department is also doing its own investigation.

"What I will say is as it has shown, this administration takes inappropriate behavior very seriously and appropriate action was taken in each and every case," Derenda said.

Krug joins a list of at least 15 Buffalo Police officers who have been charged, convicted or suspended, since 2012.

The latest was former officer John Cirulli.  He was convicted and sentenced on civil rights violations after being caught on camera hitting and kicking John Willet, in April.

A police source says Krug has been on the force at least 10 years.

We've also discovered from two police sources, Corey Krug is a relative of Officer Raymond Krug.  Raymond Krug was charged with federal civil rights violations stemming back to a 2009 arrest.

We tried getting in touch with Officer Corey Krug to no avail.  At this point, we don't know who the man in the video is.  Police are looking to speak with him, as part of the investigation.

We've also reached out to the Buffalo Police Benevolent Association.  A spokesperson would not comment on the video, nor Krug's suspension.  They say it's a disciplinary issue and should be handled internally.