Baby Rhino due at Buffalo Zoo next summer 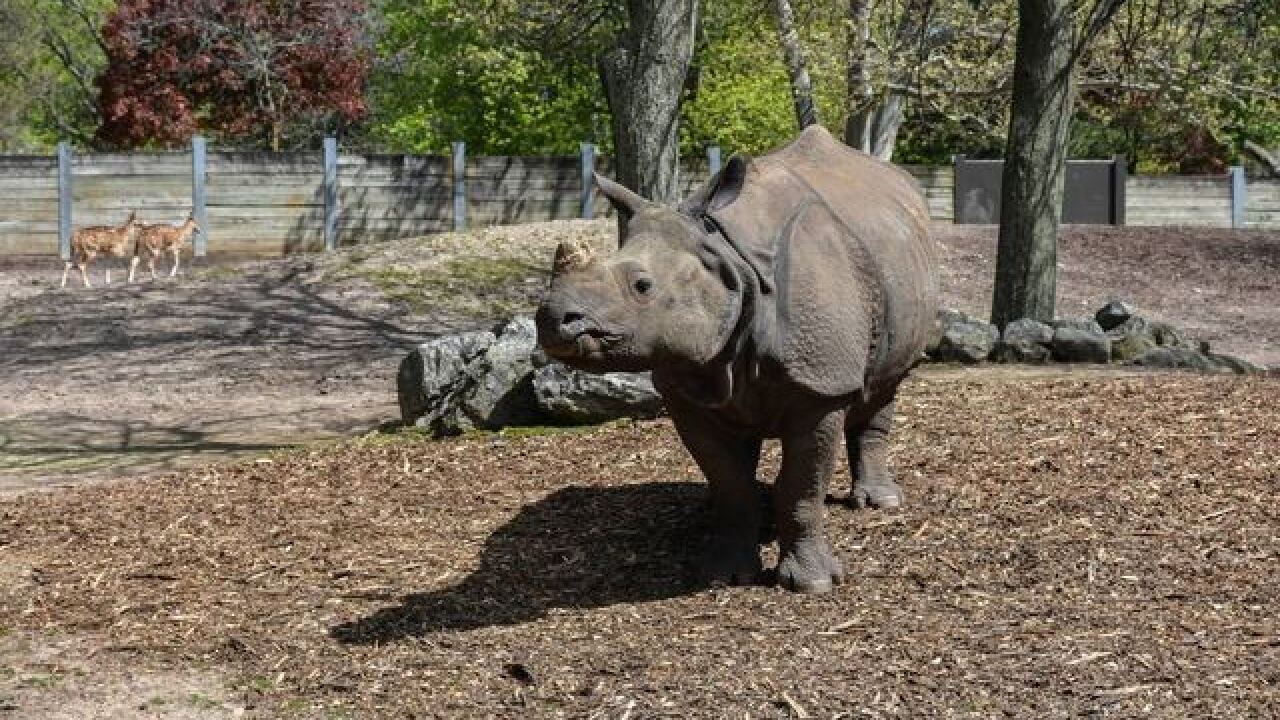 This summer expect a new face at the Buffalo Zoo.  The zoo announced Thursday that its rhinoceros is pregnant, and is set to give birth in Summer 2019.

Rhinoceros Tashi became pregnant through artificial insemination.  In 2014, the zoo made history as the first organization to produce a greater one-horned rhino that survived past early infancy.  The baby rhino, Monica, is now living at the San Diego Zoo Safari Park, and is part of a breeding program there.  Zoo officials say this latest pregnancy is just another way the zoo is working to save the critically-threatened rhino species.

Tashi can be seen by zoo visitors in her habitat, and is enjoying spending her days soaking in her pool.  The Buffalo Zoo is celebrating World Rhino Day Saturday, September 22nd.