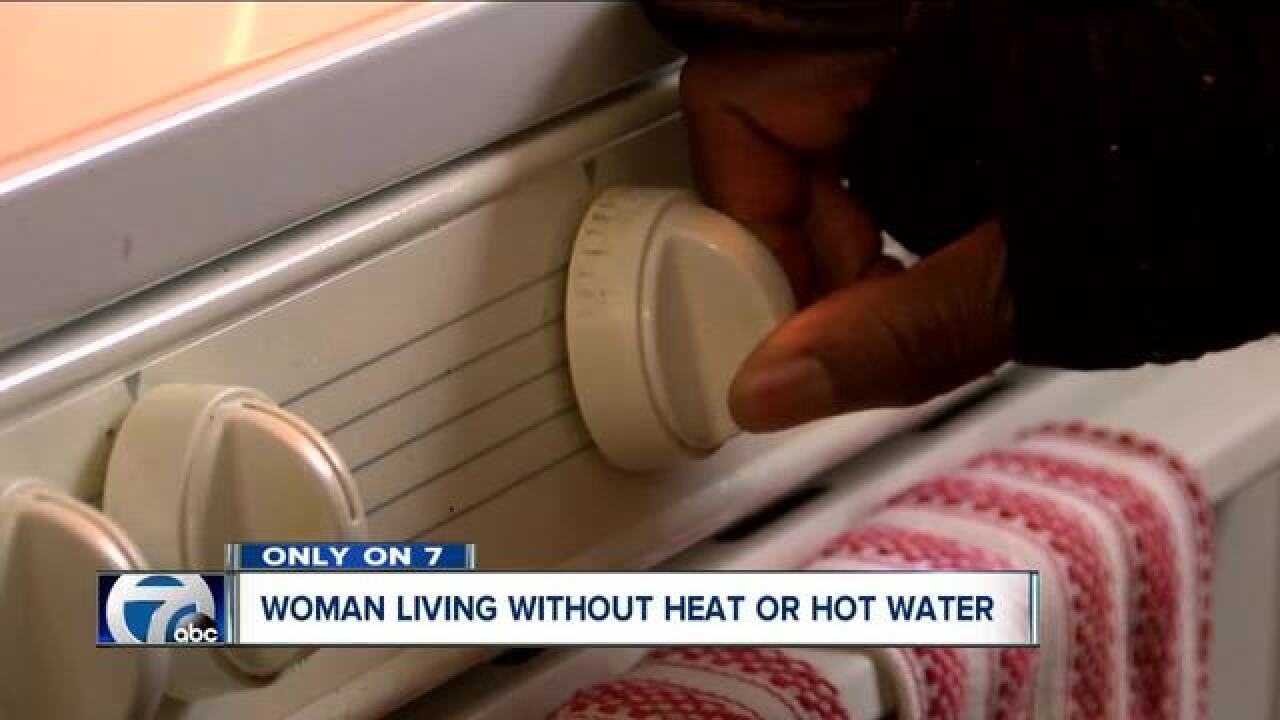 70-year old Bobbie Spencer has been living without heat and hot water in her house for two weeks.

Spencer, who’s living with several physical disabilities, keeps a slow cooker full of boiling water next to her bathroom door to wash her hands. She wakes up every morning to turn her oven on to heat her home and keeps water boiling on the stove all day.

“One day while getting it off the stove with my hands, I almost dropped a pot of water,” Spencer said.

Spencer was originally told she would be moved. Then she was told maintenance would fix the heat problem. Finally, she was told it will be fixed this summer and she would have to stay in this home until May.

“We got some cold days ahead. How long can we go?” Spencer said.

Spencer says the management office gave her three space heaters and offered her a hotel room, but she’s afraid to leave because her home has been burglarized twice in the past while she was sitting in the living room.

She’s also happy she didn’t leave because water flooded her floor from the heating system a day later.

“I had to get rugs, sheets, towels to soak the water up. I had to wash up everything. All I could do was to go to bed. I was tired. I was hurting real bad. I even called my doctor’s office to see what she could help me out with,” Spencer said.

According to BMHA officials, they are not responsible for the broken heating system. They tell 7 Eyewitness News that they contracted a third party company named Shinda to manage and operate the 87 housing units. The agency says Shinda is supposed to move tenants out of these units until the heating systems can be replaced.

Shinda is based in the New York City area and manages properties across the country. 7 Eyewitness News Reporter Justin Moore went to the local office on Mortimer for answers. He’s still waiting to hear back from the company.

Since this story first aired, BMHA says there are more clients with this same issue living in this housing.  A city spokesperson says aggressive talks between BMHA and Shinda have been going on for about a month.

This is just one of several recent concerns with BMHA Housing. Last week 7 Eyewitness News reported on the urine and trash in the hallways of the Perry Projects. There was also a broken entrance door and broken lights in the elevator of one of the buildings.

Common Council President Darius Pridgen says the council question BMHA and Shinda about this issue in a coming meeting.