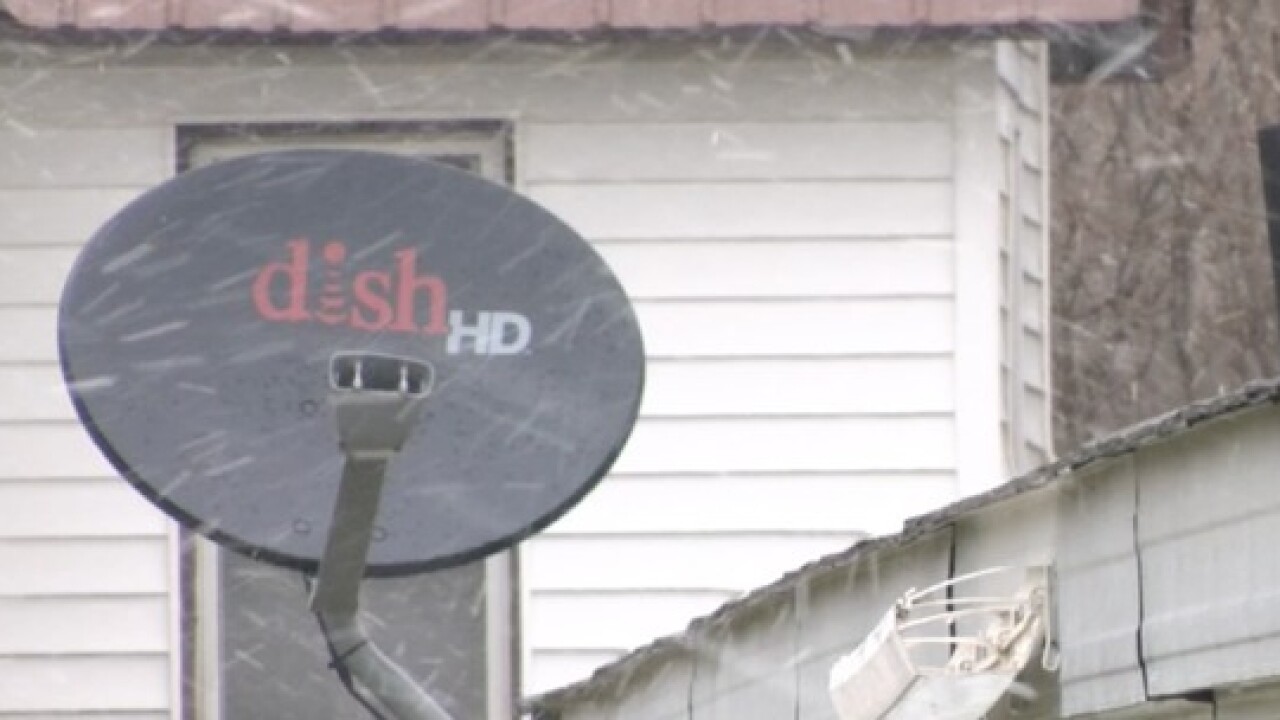 "One little bit of snow hits that satellite and it changes the whole thing," Miller said.

Miller had a contract with DISH TV.  She said they had one solution for her: clean off the dish to have TV.

The problem is both Miller and her husband are living with disabilities.  It would be impossible for either one to get to the top of their mobile home to clear the dish.

Despite a $40 cost savings with DISH, Miller cancelled the contract after only a month. She switched back to Spectrum. Dish is charging her an early cancellation fee totaling nearly $470.

In an on-air commercial, Spectrum says if you switch to their service, they'll pay the cancellation fee for satellite customers to get out of their contracts.

Miller says Spectrum shouldn't be responsible for hers, explaining she had no service and they should clear the bill.

Her two-year contract says if you cancel, you agree to pay, and dish will automatically charge an early termination fee.

Still, she refuses to pay the outstanding balance.

"I didn't read the fine print, I'll be honest with ya," Miller said. "To me, if you can't provide the service, that automatically breaks the contract I would think."

The contract is pretty clear

Wolfgang now presides over small claims cases.  She said in this case, the contract is pretty clear -- if you cancel, you have to pay.

"Perhaps it would be true if they did something, like the satellite didn't work... or they were responsible, but they weren't really responsible for the fact that her service was interrupted, legally," Wolfgang said.

If your TV service is interrupted, the judge suggests contacting the company first. Secondly, Wolfgang suggests putting something in writing.  "Not just a phone call, but good old fashioned writing," she said.

In a 2015 complaint against DirectTV, the FTC chairwoman writes, "It's a bedrock principle that the key terms of an offer to a consumer must be clear and conspicuous, not hidden in fine print."

On the DISH mailer Miller received, the terms are outlines at the bottom of the offer.

A warning to others

Meantime, Miller is now a cable customer.  Her satellite equipment is sitting and waiting to be sent back to DISH.

She has a warning to others who may find themselves in her situation.

After bringing this case to DISH's attention, the company credited Miller's account and waived her cancellation fee.

Here’s the full statement from DISH:

While DISH has over 99 percent signal reliability, extreme weather can affect service in rare and typically very brief instances. If this happens regularly for a customer, we offer to have a technician visit to inspect their system. We would only suggest that customers attempt to brush off snow if they can safely access the satellite dish."

“We have waived cancellation costs in this case, and we regret the frustration this has caused Mrs. Miller.”

If a consumer wants to file an online complaint with the Federal Trade Commission, click here.