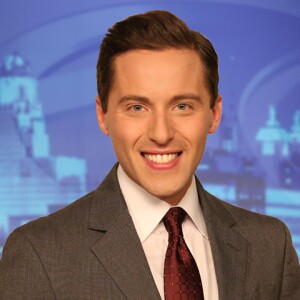 A regional investigation is underway into compromised credit cards, used at different Walmarts statewide.  Deputies in Livingston County believe this is the result of a credit card skimmer, placed at a gas pump.

Police say there's a new skimmer being placed on pumps and you'd have no idea it was even there.

In fact, some police departments believe it's a matter of when your card will be compromised, not if it will.

Credit or debit, scammers are cashing in and stealing your money without you even knowing.

Carl Tuohey lives in Medina.  He had hundreds of dollars stolen because of compromised credit cards.

In one case, it was last January.

His was on her way home from work and used a gas pump, at Scapelliti's in Lockport.  The pump she used had a secretly installed skimmer.

But the skimmer installed was not over the card reader.  Sam Scapelliti, the gas station owner says the crooks opened the pump with a makeshift key and installed the skimmer on the inside.

"We opened up our canister on pump number one and sure enough, there was a credit card skimmer installed right into the pump," Scapelliti said.

The station now has safety seals on the gas pumps.  Those seals were not on the pumps prior to this incident.

"Believe me.  I felt terrible," Scapelliti said.  "I had my own family members that had their credit cards skimmed from this.  I mean, my brother came to get gas and his card got skimmed,"

Police say some of the people related to this breach had been arrested.  That's of little consolation for the owner of this generations old family business owner.

"I think it's a much larger group that was involved than just the people who were found guilty," Scapelliti said.  "It's going to continue and I'm not sure there's any way to stop it."

"I think the El Chapo of this is probably overseas."

"This is now the new organized crime," State Police Investigator Ron Wilson said.  "This is a criminal syndicate-- set up, sophisticated, with a hierarchy and all."

Wilson and Investigator John Spero say the skimmer at Scapelliti's compromised a slew of credit cards.

"Typically they would go somwhere it wasn't 24/7.  It was usually a closing time, a starting time, and they would send groups of people in where the camera wasn't visable," Spero said.

These scammers are moving in teams of four.  It's really hard for police to catch them, because they're here today and gone tomorrow.  The people who install the skimmers are low on the chain of command.  Another team is lurking nearby, collecting credit card numbers via Bluetooth technology.

Criminals are covertly sending the money up the hierarchy, until the person at the top collects their bounty.

"I think the El Chapo of this is probably overseas," Wilson said.

Lower level crooks are coming into Western New York.  Some are coming from the South, according to police, and have familial ties to the area.

Police say these scammers know who they're targeting.

"They flew into Connecticut and rented a car.  They would just hit a bunch of places down the 90 corridor," Wilson said.

They try and throw off the banks' fraud detection servies by using these compromised cards between Buffalo and Albany.

Through evidence collected, Cheektowaga police -- working their own credit card cases -- have discovered how crooks are using your stolen information to get your money.

Genson explained these criminals are sometimes damaging credit card chips.  Once the chip is damaged, it cannot be inserted, so crooks will have to swipe at the register instead.

"Anything with a magnetic strip can be used," Genson said.  "This... is a Dunkin Donuts card and it's been re-encoded with something else..."

Some of the technology is easily accessable and is not illegal.  It becomes illegal when it's used for criminal purposes.

"As technology advances so does their expertese in this type of crime," Wilson said.

To avoid being compromised, investigators say you should pick the right bank and credit card company that will refund you.

They say it's the banks that are losing, but it's the businesses trying to maintain their reputation in the community.

"As long as I can keep the customers protected, I want them to feel like they're comfortable and just to know we went to every stent to take care of them," Scapelliti said.

What can I do?

Deputies say paying in cash is the most effective way of avoiding skimmers.

If you use a card, use a credit card and not a debit card.  Credit cards, they say, have better fraud protection services.

However, if you use a debit card at the gas pump, don't use the pin number.  Instead, use it as a credit card so scammers don't have immediate access to your cash.

Check the gas pump.  Make sure there are safety seals intact.  If they're not, don't use the pump.

If you suspect your credit card has been compromised, call your local police immediately.