Need plans on Wednesday nights? Fredericka Riley has got you covered this summer in Niagara Falls. 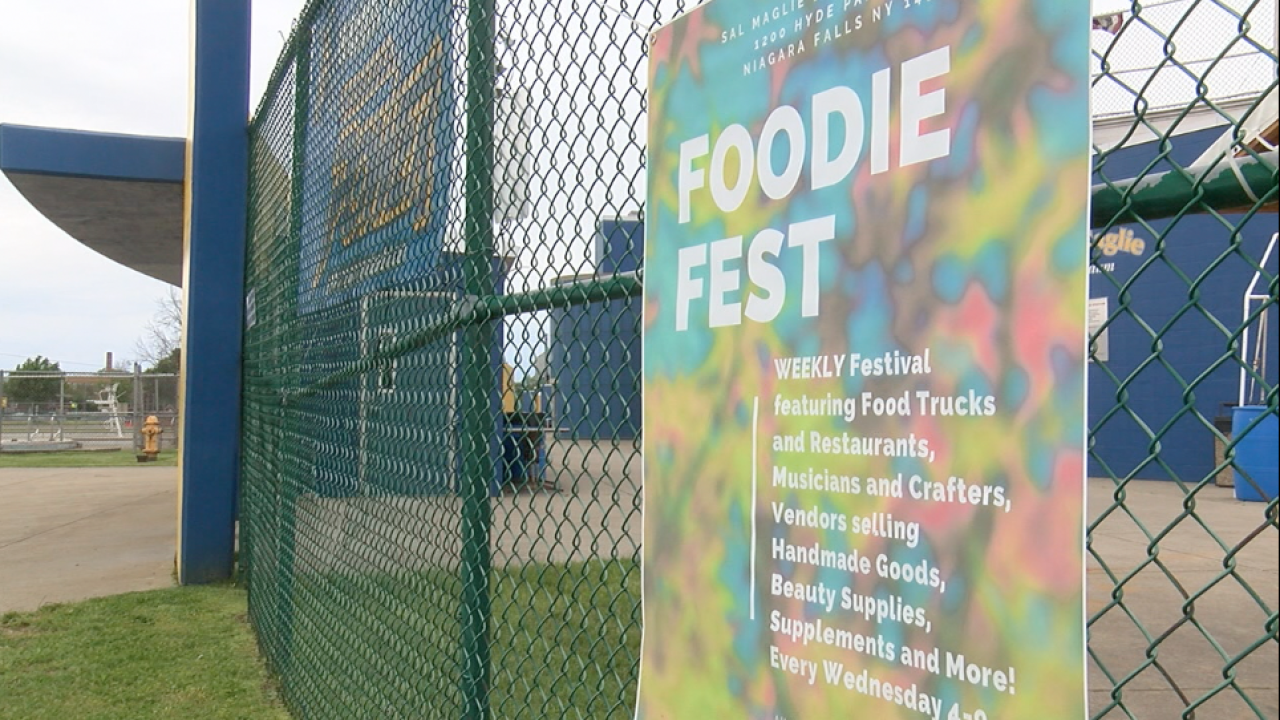 BUFFALO, N.Y. (WKBW) — Need plans on Wednesday nights? Fredericka Riley has got you covered this summer in Niagara Falls.

The Foodie Fest will have around 10-15 food and craft vendors, and entertainers to provide your after work plans.

"There's not much to do around here so I figured you can put the best of both worlds together you got something good," Riley said.

Combining food and entertainment-- Riley has owned her restaurant with her husband for eight years and wanted to give her neighbors in the Cataract City a chance to taste and see something new each week.

"It gives everybody and opportunity to get their brand out there and try something new," Riley said.

Riley says she hopes vendors that participate in the festival will be able to gain some confidence and new customers. Many vendors do not have a store front and this festival can give them a place to get noticed.

"Niagara Falls really doesn't have too much going on right now this festival should bring a lot more people and hopefully some business," Jermal Pryor, an upcoming artist said.

The Foodie Fest kicks off at 4pm on Wednesday and will continue until August 28th.