How to watch the Lancaster Christmasville Firetruck Parade live 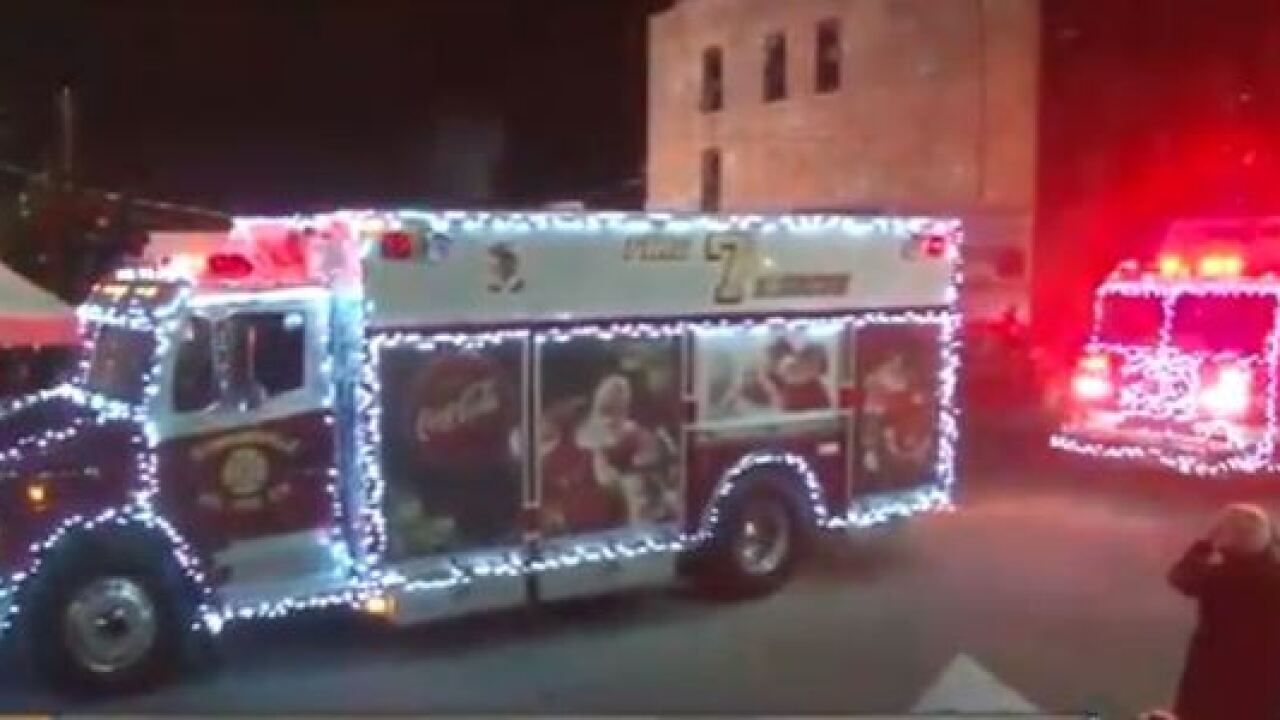 LANCASTER, N.Y. (WKBW) — A beloved Western New York tradition is coming back for its 12th year.

The Christmasville Firetruck Parade will cruise through the Village of Lancaster on Saturday, November 30, at 6 p.m.

This year, 7 First Alert meteorologist Andy Parker and 7 Eyewitness News anchor Katie Morse will co-host the parade's live stream. Katie and Andy will be joined by a choir of carolers from Lancaster High School, singing carols as the parade makes its way to our cameras.

The parade features more than 200 emergency vehicles from New York and Pennsylvania. It's hosted by the Greater Lancaster Museum of Firefighting.