Buffalo Made Co. is helping people show off their Buffalo pride 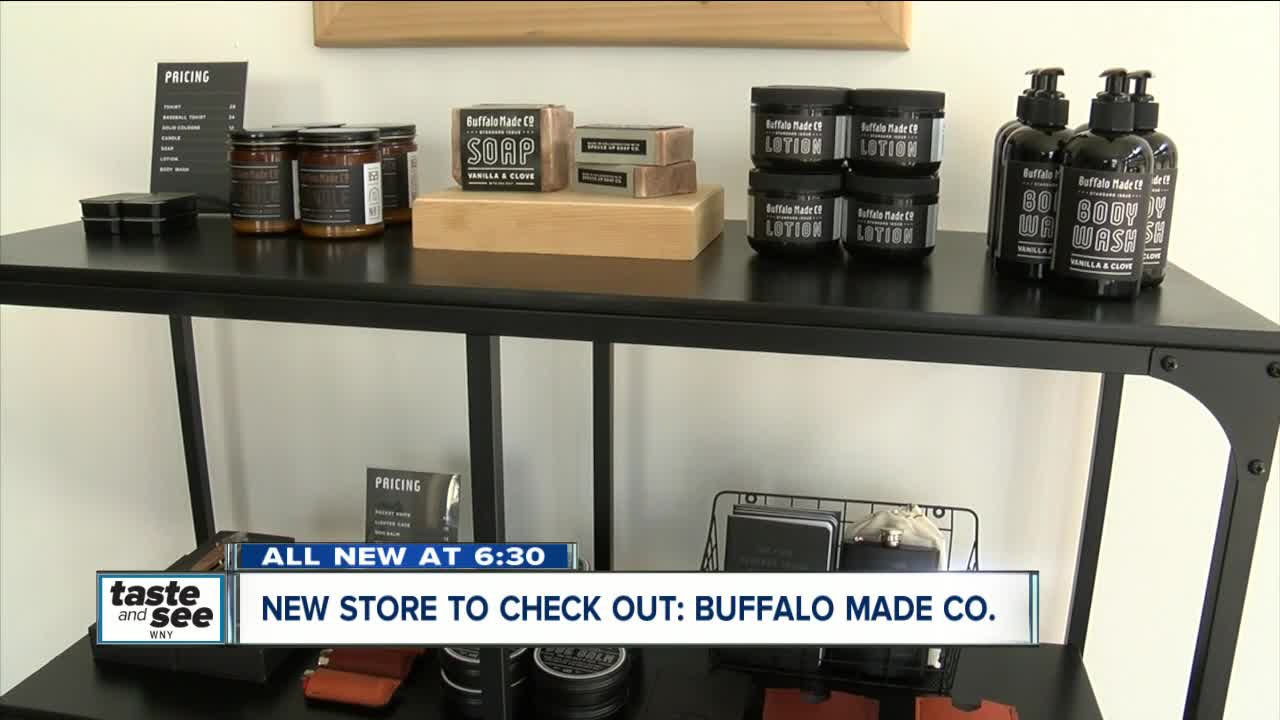 New store to check out: Buffalo Made Co. 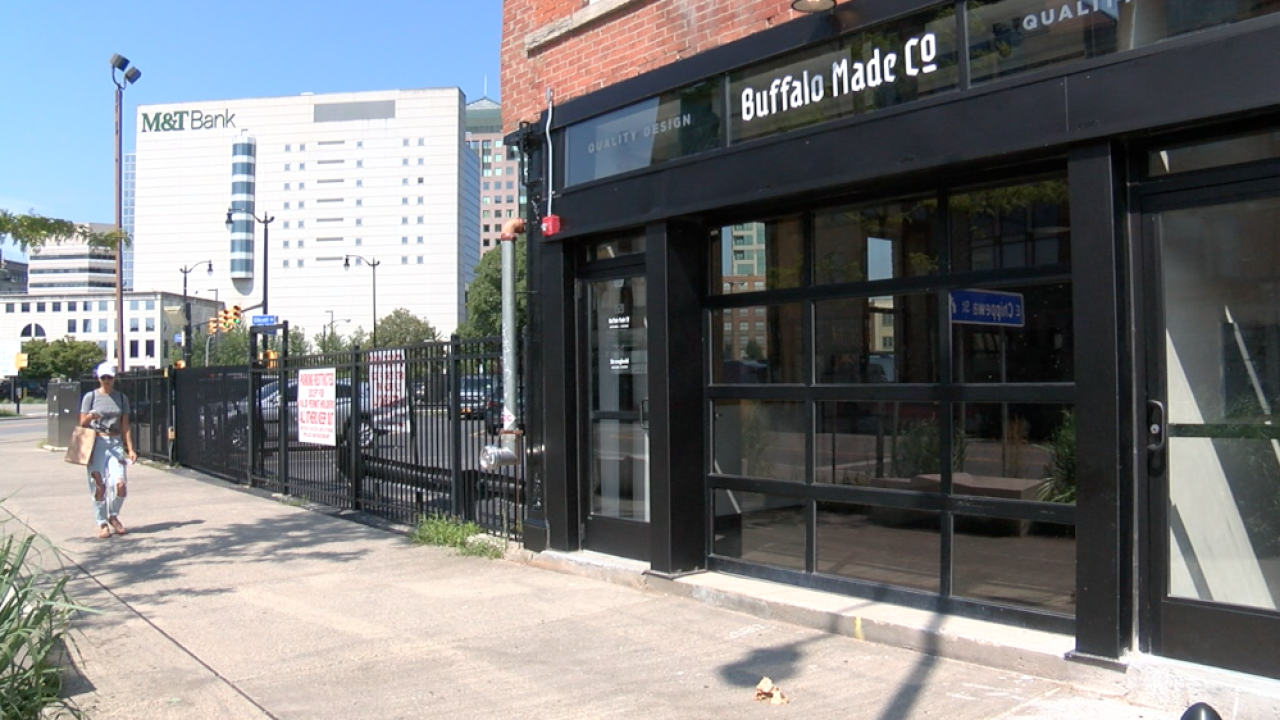 BUFFALO, N.Y. (WKBW) — It's a store front that just popped up on Genesee Street and Chippewa downtown. Buffalo Made Co. is the dream of Robert Hopkins, a Grand Island native who works as a graphic designer. The back of the store is his office where he does branding for a variety of businesses. The front of the store is where he sells his creations.

"This is my excuse to design cool labels," Hopkins said.

Not everything in the store is made in Buffalo, but Hopkins tries to outsource to local vendors as much as possible. He offers everything from coffee to t-shirts, to body wash.

"It's really about the people made here," Hopkins said. "I think Buffalo because of its history, a lot of people are proud of those things and they have all these memories whether it is the industrial stuff that built the city or just things that are kind of silly like old bars they used to go to."

Hopkins t-shirts designs are unique and nostalgic. He takes the names of old bars that used to be downtown and creates a logo for them. For example McMonkeez Bar used to be on W.Chippewa but now the bar is called Rec Room.

Hopkins says he's been day dreaming of opening this spot for a few years. When the garage office space opened right next to Marble and Rye, he says it just felt right.

"The city has been redeveloped... this block, there was Eddie Brady's and the furniture store and there was nothing else," Hopkins said. "To see it now being this bustling little pocket just right here and with everything that has happened down the street, it's just really inspiring that I am apart of that."

You can check out the store online here.