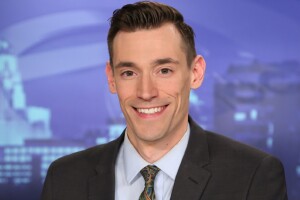 Quite familiar with the Buffalo sports scene, Joe came to the WKBW team in April of 2015 after spending 7 years with WGR Sports Radio 550, covering the Bills full-time since the dawn of the Chan Gailey and Buddy Nix era in 2010. He was named Sports Director at 7ABC in July of 2016. He now contributes to The Athletic.

Joe has lived in Buffalo for all but two years of his life, graduating from St. Francis High School (2004) and then from Buffalo State College (2008). He also spent his first two collegiate years on the campus of Florida State University.

A nerd in every sense of the term, Joe enjoys breaking down football film, coaching youth athletics, playing Settlers of Catan with his best friends, knowing far too much about the Harry Potter series, and building up an embarrassingly extensive collection of colorful socks.