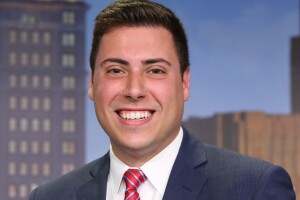 Jeff Slawson joined the Eyewitness News team in July of 2017 as a Multimedia Journalist.

Born and raised in Western New York, Jeff attended Williamsville North High School before following his passion of the news and storytelling to the S.I. Newhouse School of Public Communications at Syracuse University, graduating in 2017 with a degree in broadcast and digital journalism.

A political junkie, Jeff was able to work at MSNBC and WPIX in New York City in 2016 where he covered the RNC and DNC during the 2016 election.

As a Buffalo native, Jeff is an avid Buffalo Bills and Sabres fan. When he isn't in the news room, he can be found golfing, skiing or watching the latest blockbuster at a local theater.