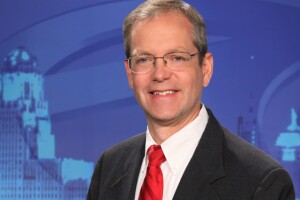 Ed Reilly is a Multi-Media Journalist on Eyewitness News.

A member of the first graduating class from Niagara Catholic High School in 1976, Ed went on to earn his BA in Communications Arts from Niagara University in 1980.

Ed started at WKBW-TV as an intern in January of 1980 and was hired full time later that year.

In a career that has spanned nearly four decades, Ed won awards from the Associated Press, United Press International, National Press Photographers Association and was nominated for a New York Emmy.

In August 2009, Ed was promoted to Multi-Media Journalist.