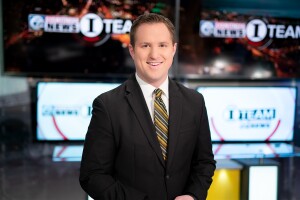 The Buffalo native and St. Bonaventure graduate has won state, regional and national awards for his investigative reporting in newspapers and television. His passion is revealing institutional corruption and giving a voice to the powerless.

During his time at 7 Eyewitness News, Charlie’s reporting has led to state and federal investigations of government, medical and religious institutions, the resignation of powerful executives and changes in New York State laws.

In 2017, Charlie uncovered a bid-rigging scandal and the mishandling of sexual assault allegations at Niagara County Community College. The reporting led to the resignation of the college’s longest-serving president and the adoption of new safety measures to protect students.

In 2018, Charlie’s year-long investigation of the Catholic Diocese of Buffalo revealed a massive cover-up of sexual abuse allegations by multiple bishops, including current Bishop Richard J. Malone. Charlie developed and protected confidential sources close to the bishop and gained rare access to the secret archives of the Catholic Church.

The reporting prompted investigations by the FBI and the State Attorney General and led to the reform of sexual abuse laws in New York State with the passage of the Child Victims Act. The legislation allowed more than 300 survivors in Western New York to seek justice for crimes committed by priests, coaches and other authority figures over the last five decades.

In 2019, Charlie’s continued investigation of the Catholic Diocese caught the attention of Pope Francis, who ordered a Vatican investigation into Bishop Malone. One month later, Malone became the first bishop in the 172-year history of the diocese to resign.

Columbia University awarded Charlie the Silver Baton of the Alfred I. duPont Award -- considered the Pulitzer Prize of broadcast reporting. It was the first time a reporter from Western New York garnered the honor.

In 2020, he received the national Sigma Delta Chi Award for the investigative reporting category from the Society of Professional Journalists.

If you want to blow the whistle on waste and corruption, or have information on illegal or unethical activity, contact Charlie at (716) 840-7870, email him at Charlie.Specht@wkbw.com or message him on Facebook or Twitter. All tips and inquiries will be treated as confidential.