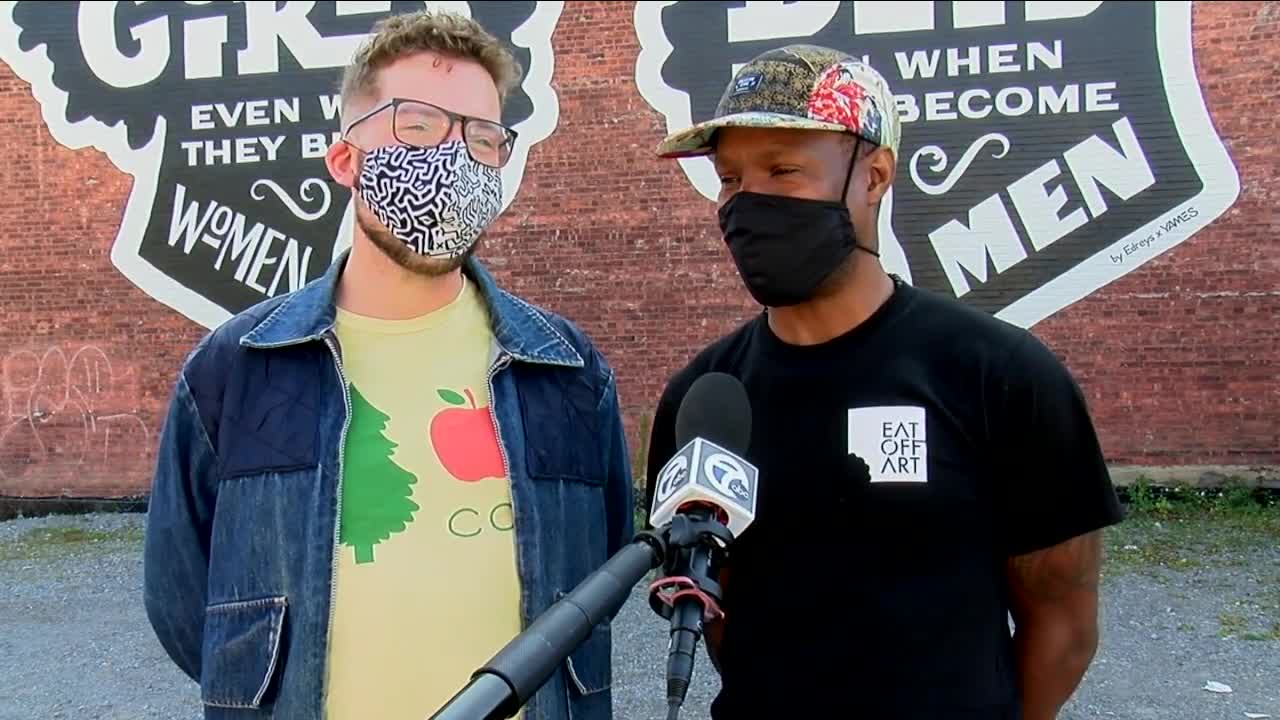 Did you know there is a new mural in Buffalo? It is a really powerful statement. Mel Camp spoke to the creator of the mural. Artist Edreys Wajed made the mural in collaboration with another local artist James Moffitt. The mural is being unveiled on Monday but here is the story behind it.

In the aftermath of an angry clash where neighbors marched in support of Western New York’s black community rises a mural that calls for love. Edrey’s Wajed’s design covers an entire outside wall of the Say Yes Buffalo building. The artist James Moffitt, known as Yames helped produce the piece. James says were working and they would talk and Edreys would tell him experiences his own sons have had dealing with their own race in just trying to be in our community and it is really our job just as people to make sure the right message gets out there in order to create the community we want to live in.

Edresy Wajed says he represents both because he was once that little black boy and now I am that black man that still lives with some inconvenient fears which should be common liberties to everybody which I am not always afforded; which we are not always afforded. So that’s what that speaks to for me.

Aaron Ott is the curator of public art at Albright Knox. He says the organization has embraced the mural with its public art initiative. He says it is a powerful piece and it is the kind of work we want to see. He goes on to say it was painted by a black artist; it is painted by a white artist. The are black and white artists are working together to ensure that together we have the language, the symbols to change the system so that we can have these spaces that are not just rallying point but things we can carry into our daily lives.

Edreys Wajed, says the way this reads is much different than saying black lives matter; there is a deeper narrative to it. There may be someone who may have taken offence, he says, to Black Lives Matter, and see this and they say oh I get it.

The mural is located at 712 Main Street in Buffalo.