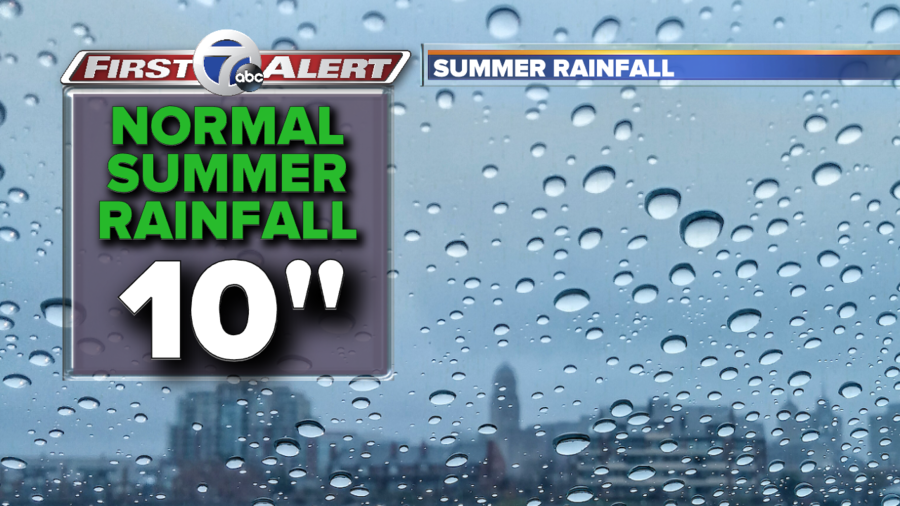 Western New York averages 10 inches of rain every summer season. What holds the key to a Buffalo summer is not just how much rain falls, but the way it falls during the months of June, July and August. Generally, a nice even distribution is preferred as it generates the least complaints, especially if the rain chooses not to fall on weekend days. 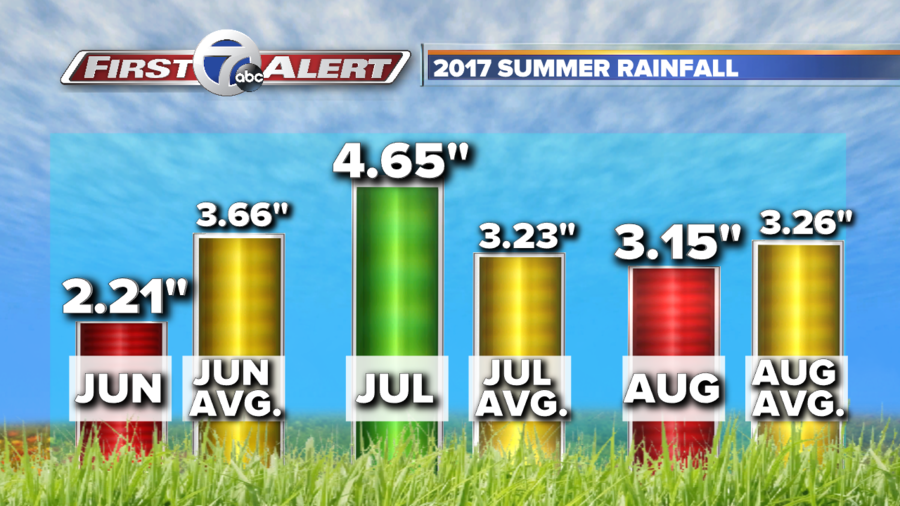 Take last year for example. Western New York received almost exactly the normal amount of rainfall (10 inches). But every summer month last year received just enough water from Mother Nature, preventing our lawns and gardens from getting too dry or too wet.

Over the past 100-plus years, Western New York summers have seen it all - from dangerous drought conditions to super soakers. The driest summer occurred back in 1899 when less than 4 inches fell the entire season. The wettest summer on record was just four years earlier in 1885, with more than 20 inches falling. Most summer seasons fall somewhere in the middle, with between 8 inches and 12 inches of rainfall. 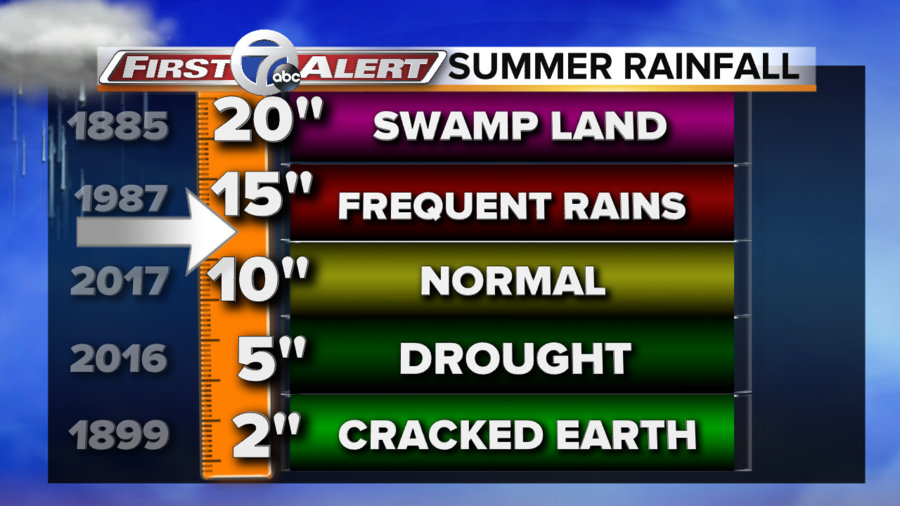 Last summer our temperatures were slightly below normal. In fact, we did not hit 90 degrees until the end of September. On average, Western New York sees three days at or above 90 during the summer months. We also average 42 days at or above 80 from June through August. Last year, we experienced 32 such days. This summer pattern looks more optimistic for everyone who likes the heat. We're expecting temperatures to average above normal this season.

Look for Western New York to be a little wetter and warmer than average. This all has to do with sea surface temperatures in the Pacific, soil moisture of the Upper Midwest & Great Lakes as well as teleconnections to other portions of the global weather engine. You can expect total amounts of rain to be between 11 inches to 13 inches for June, July and August combined - a tad higher than the seasonal average. 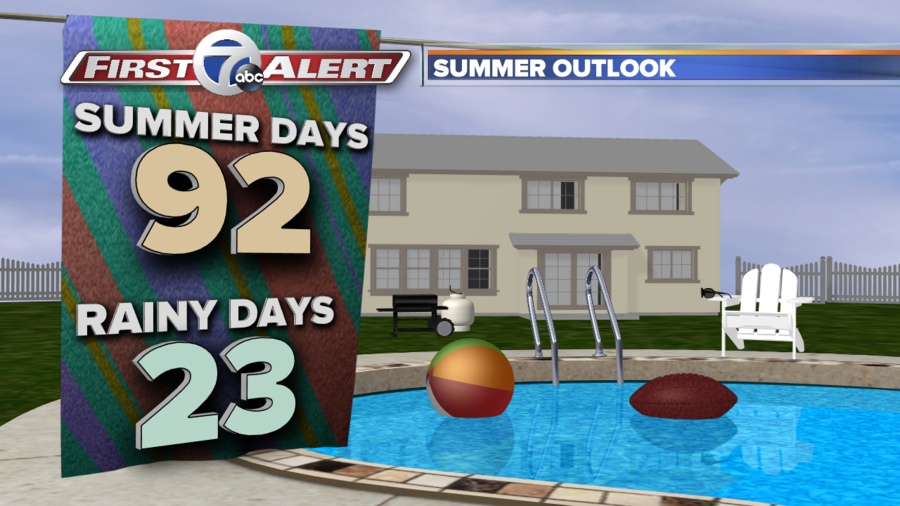 There are 92 days of summer in June, July and August. And statistically, Western New York will only experience over .1 inch of rain on 23 of them. That still leaves you almost 70 days to enjoy the pool, park and backyard barbeque. Let's just hope most of those 23 days are not Saturday and Sundays.