Copyright 2018 Scripps Media, Inc. All rights reserved. This material may not be published, broadcast, rewritten, or redistributed.
Vogan, David
<p>This picture was taken by a polar-orbiting satellite in space, courtesy of NOAA and NASA. </p>

There's a reason as to why the sky in Western New York looked milky over the weekend.

Smoke from wildfires thousands of miles away clouded much of the area.

The smoke billowed up thousands of feet into the sky and was carried by the jet stream to here in our backyard. 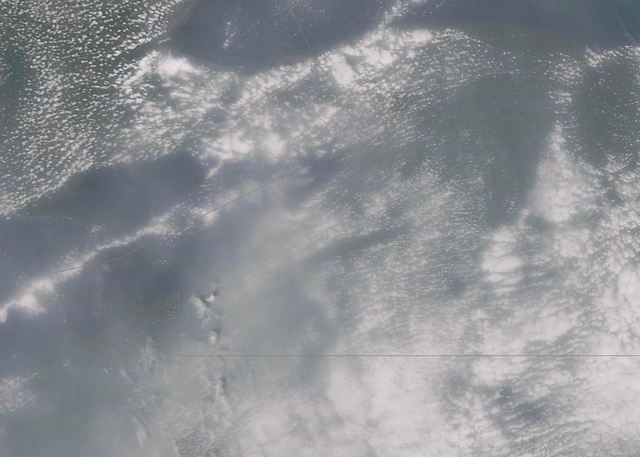 The above photo was taken Saturday by a NASA satellite orbiting the earth. You can see clouds that look wispy and transparent. Meteorologists over at the National Weather Service were able to determine that this was smoke using a satellite.